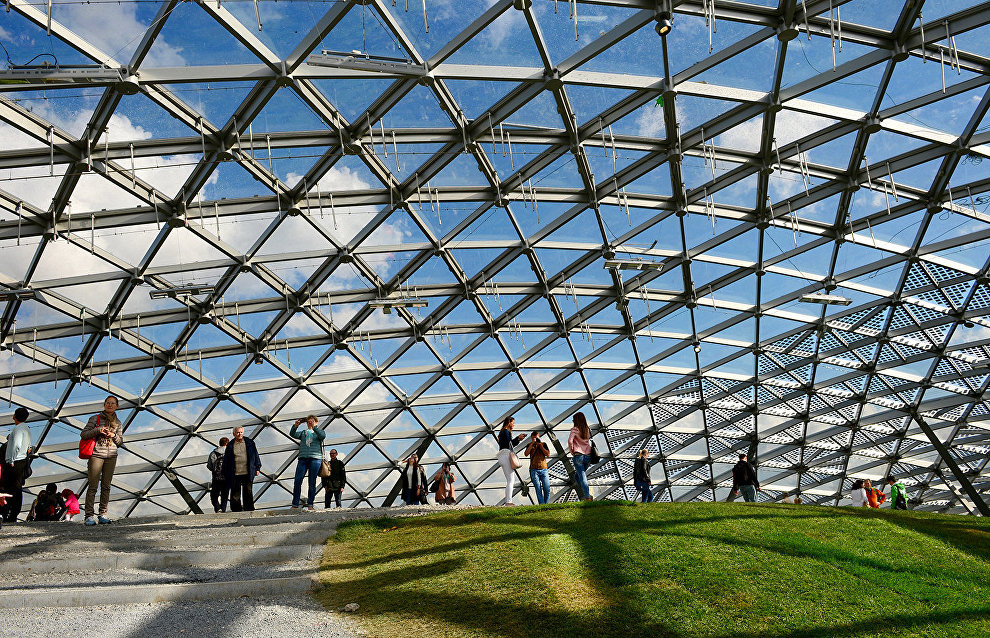 Ice Cave to open at Zaryadye Park on May 17

The Ice Cave will open at Moscow's Zaryadye Park on May 17, Moscow Mayor Sergei Sobyanin said.

"Tomorrow evening, the Ice Cave, a small section of the Russian north in Moscow, will open at Zaryadye Park. It looks like something straight out of a fairy tale, but I do not recommend staying inside for more than 15 minutes. It is freezing in there,"Mr. Sobyanin wrote on his VKontakte social network page.

As earlier reported, the Ice Cave is constructed from 15 kilometers of curved metal tubes. About eight tons of liquid refrigerant circulate inside. The temperature in the cave will vary from —5 to —8 degrees Celsius.

Special equipment supplying the refrigerant is located under the "glacier." New layers of frost, which later turn into ice, are artificially produced on the ceiling, walls and floor of the cave. It takes about 90 days for a full coating of ice to form. The plan is to make about 70 tons of ice during this time. Visitors will be able to touch the ice surface. Media screens near the cave will show documentary films about the nature of ice and scientific expeditions to the Arctic and Antarctic regions.