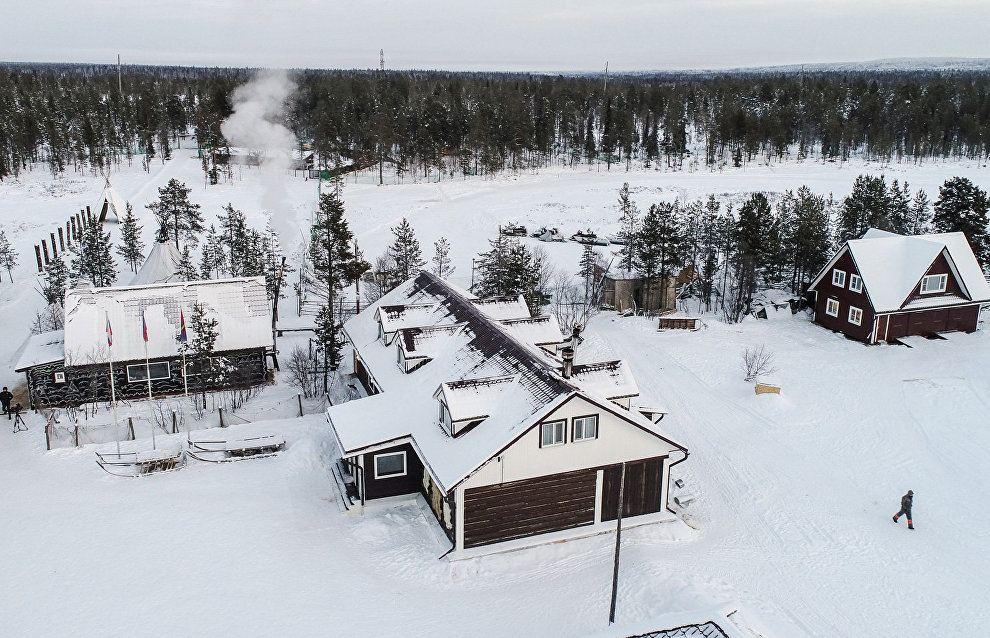 Over 10,000 tourists visited a Sami village in the Murmansk Region in 2017

Over 10,000 tourists, half of whom were foreign, visited the exotic Sami village of Sam-Syit in the Lovozero District, Murmansk Region in 2017, chairman of the non-profit organization Sam-Syit Community Ivan Golovin told RIA Novosti.

Sam-Syit literally means "Sami village" in the local language. This ethnographic village was built to offer a glimpse into the life, customs and traditions of the indigenous Sami people of the Murmansk Region who settled the Kola Peninsula, as well as northern Norway, Sweden and Finland.

The community was allotted land to build the village in 2010. Once built, the flow of tourists to it began growing at a fast pace. "Last year, we had 10,500 visitors," Golovin said. "About half of them were foreign tourists, primarily from Asian countries, such as China, Thailand and India, even Australia and, of course, Europe."

He said there was a quarry on the site of the present village in 2008, and the future director insisted that the Sami take their deer to the road and encourage people in passing cars to take pictures with them. Now, three to four groups of tourists a day totalling up to 120 people come to the village all year round. The village also provides free accommodation to disabled children from orphanages two or three times a year.

In this ethnographic open-air museum, the indigenous residents of the Sami village talk about the history of this small ethnic group, their ways and customs, and serve Sami food. The Sami believe in spirits and worship idols. The villagers believe that wood-carved figurines can bring luck, good health and happiness, and make dreams come true. The village is home to wild rabbits, and tourists can hand-feed deer and play traditional Sami games and sports.

Plans for the next few years include building a cafe with traditional Sami food, another guest house for VIPs, starting a farm, and gradually expanding the village grounds.