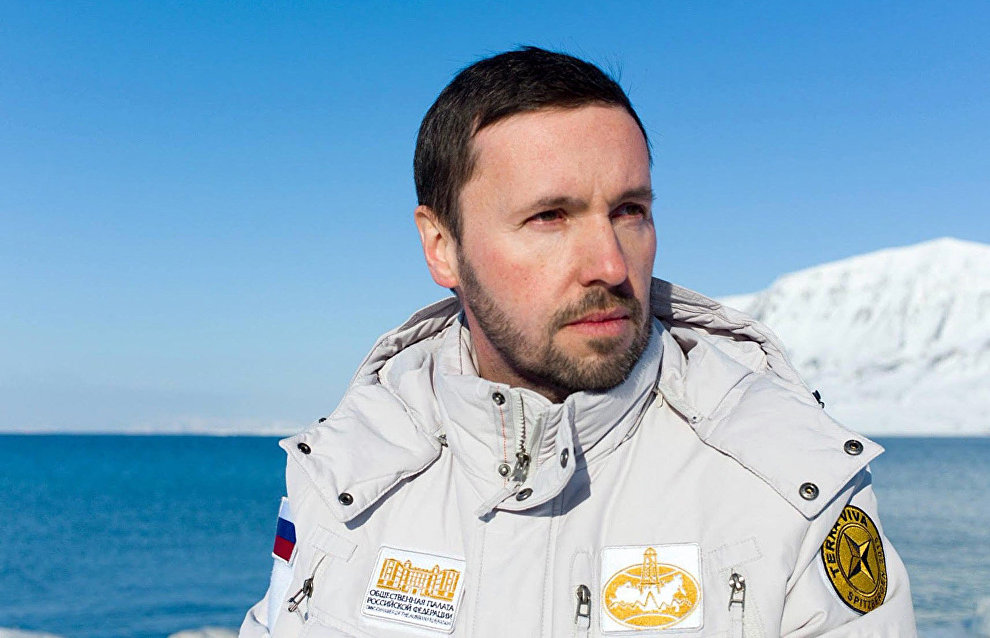 North Pole-2015, a seasonal drifting polar research station, has been operating in the Arctic since April. To highlight the importance of such projects in Russia, the station’s opening ceremony was attended by Chair of the Government Commission on the Arctic Dmitry Rogozin, Minister of Natural Resources Sergei Donskoi and Minister of Economic Development Alexei Ulyukayev. For nearly four months, the researchers drifting atop an ice floe conducted meteorological, aerological, oceanographic and glaciological observations. Gleb Vatletsov, Head of the Department of Public Policy and Regulation for Hydrometeorology and Environmental Monitoring of the Ministry of Natural Resources and Environment, speaks about the station and prospects for scientific research in the Arctic in an interview with arctic.ru.

The North Pole-2015 drifting ice station completed its mission in August. What is the purpose of this station and why was it created?

The North Pole-2015 drifting ice station was a follow-up to a string of regular research expeditions to the Arctic. These expeditions have a long history, with the first one dating back to 1937. The Ministry of Natural Resources and the Federal Service for Hydrometeorology and Environmental Monitoring (Roshydromet) are behind them. All phases of the North Pole-2015 project, including developing the idea, fundraising and drafting the research program, were reviewed at special meetings led by Minister of Natural Resources Sergei Donskoi.

North Pole-2015 is a seasonal drifting ice station. Its service life is determined by the strength of ice and weather conditions. The researchers' camp sits on an ice floe close to the North Pole. This is where the independent drift begins. After the researchers are done with their studies, all residential and production structures are disassembled and removed from the ice, leaving it completely clean.

What kind of scientific research was conducted this year?

The station conducts comprehensive research and environmental monitoring in high latitudes. Natural processes in the Arctic affect the global climate, but they also serve as a precursor for climate changes. Watching things as they unfold is a unique opportunity for the researchers. Regular studies help track environmental, hydro-meteorological and oceanographic changes in the Arctic.

There's a specific program, which set specific goals for the researchers. Upon completion of the scientific drift, all aspects of the field work will be subjected to final interpretation and will be processed based on historical data. Later in 2015, the researchers will come up with their findings regarding changes in the processes across various areas, including analyses of biodiversity and climate changes in different environments that were studied during the drift, ocean currents, glaciological ice characteristics, and the dynamics of changes in the sea ice cover. These are the primary areas of research conducted as part of the North Pole-2015 expedition.

How many people worked on the station this year? Were there any researchers from other countries?

Seventeen people participated in the drift, of whom 11 were researchers from various scientific fields and various research institutions. Scientists and researchers from other countries joined us on the ice floe briefly during the first month of North Pole-2015, before the station started drifting. Only one "foreign" researcher from Belarus joined us for the independent drift.

Are you planning a drifting station next year as well? Will such expeditions be held on a regular basis now?

They are already being held quite regularly. The current North Pole-2015 station is the 41st in a row. The previous one ended in the summer of 2013. Of course, we would like to be able to conduct such research on a yearly basis, but it has a lot to do with safety issues. The decision to create a drifting expedition is invariably based on ice conditions. Guarantying a safe and fully-functional expedition is not always possible because sometimes ice remains safe for only a very short period of time, and conducting an expedition lasting from two weeks to a month is far too expensive. So, North Pole-2015 may well become a reality next year but the decision will be made after the results of this year's expedition have been summed up.

Speaking about Russia's Arctic zone, we do have stations that conduct observations on a permanent basis. However, they are located on the Arctic mainland or islands of the Arctic zone and are, therefore, stationary. The Ministry of Natural Resources strongly advocates the construction of self-propelled platforms with an option — provided proper safety and comfort levels — of using them on a year-round basis. This will constitute the next evolutionary step of conducting comprehensive research programs in polar latitudes. A vessel will be built and allowed to freeze in an ice floe. After the ice melts, it will safely go to its home port. The ministry suggests implementing a pilot project for such a vessel under the federal targeted investment program. However, the final decision regarding financing a self-propelled platform is still in the making.

What, in addition to creating drifting stations, does the Ministry of Natural Resources plan to do to promote research in the Arctic?

Arctic research is underway in Russia. Roshydromet operates an Arctic and Antarctic Institute in St. Petersburg. The Kola Peninsula Research Center, the Russian Academy of Sciences and the Northwestern Hydro-Meteorological Service, which is in charge of monitoring the situation in the Arctic zone, conduct research activities. Previously, research was funded as part of the federal targeted program, World Ocean, which ended in 2013. Recently, the government has approved a new World Ocean federal targeted program for 2016-2031. Arctic research is being conducted effectively, but we believe we can do better provided we have access to proper financing.

The Ministry of Natural Resources has been tasked with creating a Russian Research Center in the town of Barentsburg, Spitzbergen. The center should serve as a basis for a permanent Arctic expedition and should offer ample opportunities for cooperation. The research efforts currently being implemented by a variety of institutions, including the Ministry of Natural Resources, the Russian Academy of Sciences, Roshydromet and Rosnedra, to name a few, would thus be coordinated, and the work would be more effective in terms of effort distribution. The creation of the Arctic Research Center will not affect future research using drifting ice stations. This is an absolutely separate task and a separate area of Arctic research.

When will the Russian Research Center open in Barentsburg?

We hope that it will become operational next year. We need proper financing before we can get it off the ground. The ministry has already submitted a budget request in the amount of 112 million rubles. These funds will be used to provide logistics, maintain the material and technical base and pay salaries to the staff. We want researchers who come to work there to enjoy comfortable working and living conditions in keeping with modern standards.

The World Ocean federal targeted program paid for high-tech equipment, including Russian-made equipment that will be used by this center. Most importantly, this equipment must be put to good use, so that the Russian Research Center on Spitzbergen can become a full-blown operation already next year. We hope that the issue of funding will be resolved before the end of 2015.