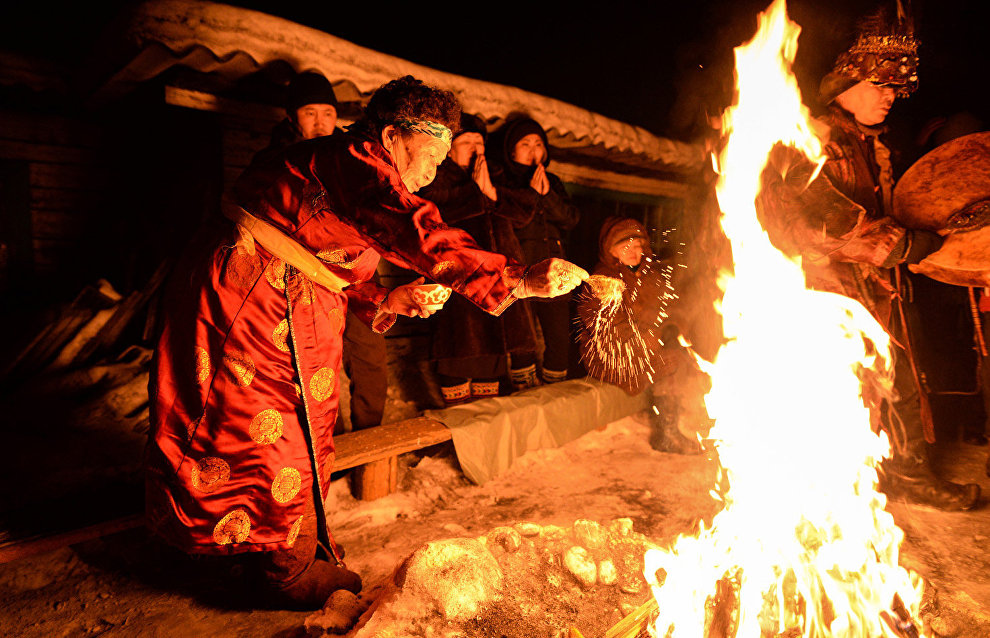 Did you know that the Evens and the Evenks celebrate New Year’s Eve in midsummer, and that, instead of placing gifts under a Christmas tree, they feed the Fire Spirit? Arctic.ru interviews Zoya Strekalovskaya, a senior lecturer at the folk-art culture department of the Arctic State Institute of Culture and Arts, on the New Year’s traditions of numerous indigenous Arctic ethnic groups.

First of all, local ethnic groups celebrate New Year's Eve in midsummer, rather than each winter. The Evens welcome the Sun and the New Year during the summer solstice, June 22-23. The rite is performed early in the morning at a specific field and near two sacred trees, with two ritual bonfires burning in front of them. The Evens believed that both trees symbolized celestial gates that open only on June 22-23. The rite symbolizes the beginning of life and light on Earth. This is based on the Sun rising in the east and heralds the beginning of a new day. A Delburge rope with multi-color pieces of fabric symbolizing solar rays is strung between the trees.

On June 22-23, the Evenks also celebrate the Bakaldyn (Meeting) holiday when people, families and clans reunite after a long and severe Arctic winter. At that time, they also celebrate the beginning of summer and the Evenk New Year. Currently, this takes place on Vilyuisky Road. In the past, this event was used to exchange winter related news, discuss cooperation and organize weddings.

Can you tell us a little about old-time traditions?

The indigenous Arctic ethnic groups have performed the fire-feeding rite for a long time because fire is the main symbol and main companion of any native Arctic dweller. Religion plays a leading role in the life of these ethnic groups. The religious concepts of hunting, fishing and gathering animate the world around them and imply that it is inhabited by spirits, and that everything in nature is interdependent. Mountains, trees and rivers should be treated with respect. Feeding the Fire Spirit was considered mandatory.

The Arctic ethnic groups either "feed" the fire or cleanse themselves with it. One saying is: "This fire brings your home and your blood together." 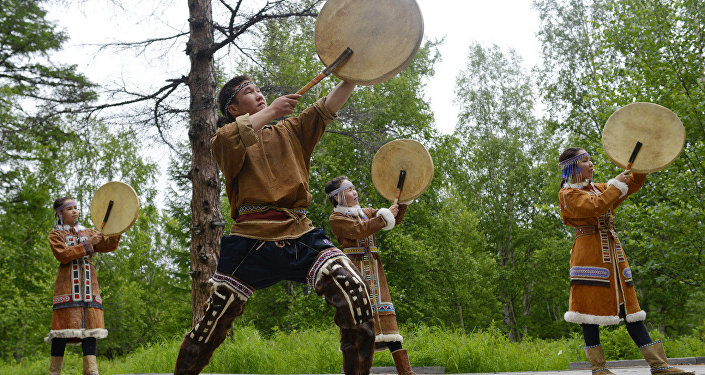 Here is how the traditional rite is performed: A shaman/witch doctor takes a tambourine and walks around the bonfire chasing away evil spirits. After that, the participants add their own burning items to the bonfire and give it forest and river food to eat. They throw pieces of bread onto the fire as gifts to the local deities and an effort to win their benevolence and bring good luck.

Does New Year's Eve mean anything to them?

These indigenous ethnic groups view it as a holiday and perform the above rites.

Our republic organizes cultural programs whose participants meet and speak to each other. Delegations from all the districts are invited, children gain an insight into culture and traditions, and native languages are used. This has a positive influence on people's attitude and keeps ethnicities alive. Various rites, including purification through the celestial gates, fire-feeding and river-feeding are performed. Children also learn more about their native regions.

How do these indigenous people spend the winter when it is difficult to fish, or pick berries and mushrooms? Do they just hunt and drive reindeer herds?

They don't just sit around. Apart from reindeer herding and breeding, fishing and hunting they do applied-decorative art. Men make sleds, harnesses, hunting tools and lots more. And women process hides, velvet and leather, and they also sew and embroider various items.

Do they relax during the New Year holiday season?

No, they are nomads and they have to work all the time.

What important holidays do these groups celebrate?

Before the summer New Year holiday season, the local people celebrate the traditional Reindeer Herders' Day each spring. Tundra dwellers usually celebrate it in the middle of spring. This is a professional holiday for professional nomadic reindeer breeders and a pretext to meet with their relatives and friends to take part in competitions, rites and have a good time. On that day, people honor those who remain loyal to their ancestors, who continue to live in yurts in the tundra, who migrate from one pasture to another with their families and reindeer herds. The reindeer play an important role in the life of those who live on the tundra, serving as their source of food and clothing and as a means of transport. A reindeer breeder's prosperity depends on the size of his herds. 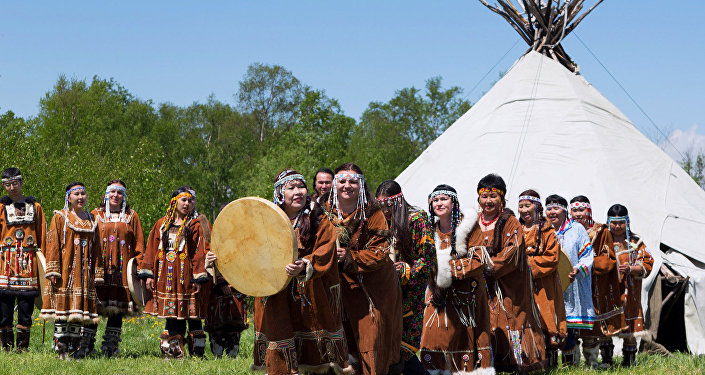 The festival's sports and games include mout tossing competitions. The mout, a sort of lasso, is used to lasso a reindeer's antlers. Tug-of-war and stick-pulling events are also held. Other competitions include the ethnic triple jump, sled-jumping, ethnic wrestling and ski relays. Reindeer Herders' Day culminates in men's and women's reindeer-sled races. The winners receive snowmobiles, the traditional main prize, an extremely valuable gift in the extreme north.

Dog-sled races are sometimes held. Four to five dogs are hitched to a sled. Some people mount reindeer and race them. Unlike their nearest neighbors, the Nentsy, the Dolgans ride domesticated reindeer like horses.

Reindeer Herders' Day is a fun, positive spring season holiday, something that is always remembered.