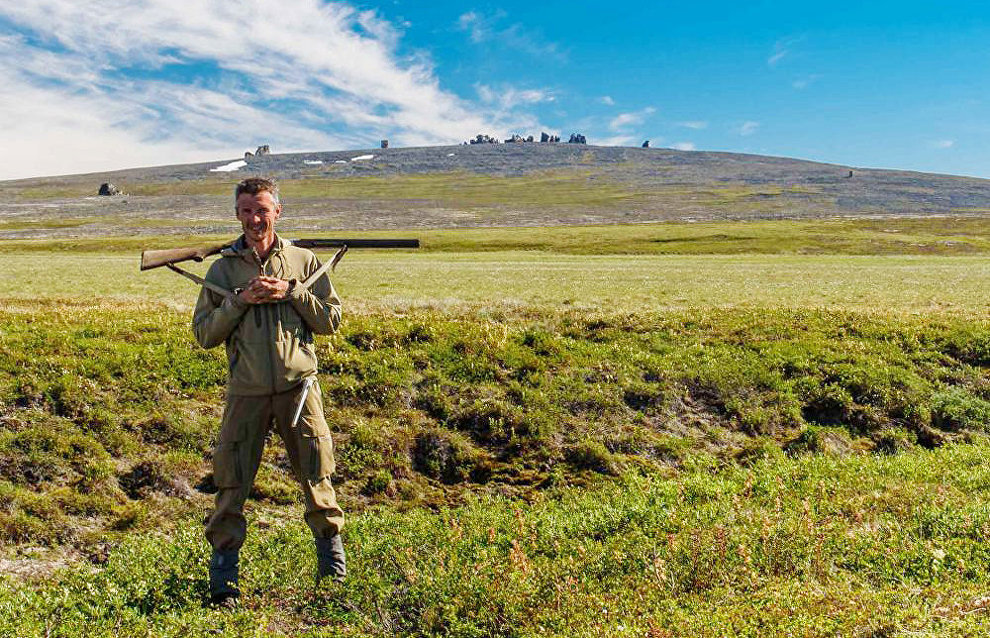 It’s difficult to sell winter in Russia, especially in Chukotka

Tourism is steadily, albeit slowly, developing in Russia’s eastern Arctic region. Certain destinations, like Kamchatka, are becoming a traveler’s coveted dream. Yevgeny Basov, a guide and a blogger, organizes tours in Chukotka, home to many intriguing and beautiful places, yet a not-so-advanced tourism industry.

Yevgeny, who goes to Chukotka?

Statistically, 2,000 people go to Chukotka every year. The majority, mostly international tourists, go on cruise ships. I'm not into cruise programs, my tours are 30 percent foreigners, and the rest Russians. This year, I've had 120 tourists, which is pretty good for our region, because there is virtually no tourism industry, no infrastructure, and we are left to our own devices.

How much does a trip cost?

Around 150,000 to 200,000 rubles, including the flight from Moscow. Chukotka is not a huge tourist destination. It's an expensive place to visit, ill-suited for low-cost tourism. I've been doing this for five years and I've noticed that people who come here follow a similar pattern. In the 1990s, they traveled extensively abroad before turning to our shores in the 2000s. First came branded areas like Kamchatka, the Shantarsky Islands, the Putorana Plateau, and Altai. Chukotka is always the last on the list. Most of these tourists are ready to endure hardships and lack of comfort. They are here for the emotional experience, which is great.

You write in your LiveJournal blog that time does not exist in Chukotka, and that it is difficult to say when you will get somewhere because of the weather. How can you plan a tour?

That post was written for independent tourists, not those on an organized tour. When I plan a program, I pay close attention to the key factors of time and weather. Delays mean the schedule will be tighter so we have to go through all the activities more quickly. Once I had a tourist on a week-long tour who got stuck at the airport for five days due to bad weather. So we had 48 hours as we tried to pack in whale hunting, a trip to Cape Dezhnev and the other activities. When the tour was over, he had missed his Moscow flight, and spent another three days waiting to go home. But he had seen all he had come to see. We've never had people spend two weeks and just leave disappointed. All have been satisfied. And the weather is getting more stable with global warming.

Chukotka is near the state border. Tourists will need an invitation to go there. Does a tourist agency offer one? Can a person go there independently?

They can. I'll tell you more, this year a tourist successfully used the state e-service website to get a pass. I wasn't the only one surprised by this. The border guards who saw him at the airport were puzzled, too. They clearly didn't know you could do it that way.

It takes a month to obtain a visa from the website. It's easier for those who buy tours from operators. In their case, the tour itself serves as a foundation for visiting. In fact, for citizens of Russia, it's all a great formality, a throw-back that the border guards themselves want to get rid of but can't because it's not an easy thing to do.

You write that transportation isn't all sorted out. How do you organize travel?

Ninety five percent of all tours take place in the summer. You know, it's difficult to sell winter in Russia. Thailand, not Chukotka, sells easily in the winter. The problem is all the fun places are beyond Anadyr, so you need to travel there by car, plane or boat. The more complex the journey transport-wise, the more issues are likely to arise, from the human to the technological perspective.

All tours are by car, with occasional whale hunting on a boat near Cape Dezhnev. There are also active-tourism tours like rafting.

Can you tell us about extreme or dangerous situations? Have you ever had to run from a bear, collect rain water or make a fire with twigs?

Stressful situations do happen during rafting. People have been known to purchase Class 4 or 5 rafting tours without any previous rafting experience. It has never been really close, but inexperienced tourists have had to face real challenges. We once had a self-sustenance tour: a group was taken to a remote location, then left there. Theoretically, they could rely on helicopter assistance, but that's in theory only. It all went okay, so well, in fact, that they came back the next year.

In 2013, I worked with a Japanese TV group, and that was an extreme experience. We had to call in an off-road vehicle to get us out, but it never came even though we waited for 10 days. Then we called in a helicopter which took five days to arrive for whatever reason. On the tenth day of the wait for help, we were nearly done — supplies were running out; they could only last a few more days. No, we wouldn't have died but the whole situation was very unpleasant. But everyone's alive, it was okay.

I can't stop thinking about that bear question. What should you do if you come across a bear?

You can't just come across one, you need to get to tundra first, and you don't get there all by yourself. The more people there are, the less likely a bear is to approach you. Bears have trouble seeing, but they are also curious because they are strong and want to see what everything is. They may come up and stand on their hind legs. People tend to interpret that as aggressive behavior and run. The bear, in turn, has just one impulse: go catch up with them.

Not necessarily. What you need to do is stand tall, raise a stick or your coat above your head and make a lot of noise to look like one large black spot in the eyes of the bear; 99 times out of 100, it should work. But then there are other cases like if it is a very close encounter or you find yourself between a female and her cubs… that's bad. You should try to be aware of this in advance and avoid dangerous situations. The bear is a very smart animal, and it can live without unnecessary run-ins.

Give us your top three favorite spots in Chukotka?

It's Dezhnev Cape, no doubt about it, and the village of Naukan, which is up close to that, all located on top of a headland with the remains of Eskimo structures and an obelisk to Dezhnev. The place is full of energy. A tour will take you there for a few hours, but if you stay a few nights, the experience is very different.

There is also Lake Mainits. Geographically, it's at the foot of the Koryak Mountains, 200 kilometers from the nearest inhabited area. It's not headlands that welcome you there, but mountains few thousand meters high. The lake is one of the largest spawning areas for sockeye salmon, malma and grayling.

By the way, remoteness is what's special in Chukotka. It is here that people who have been to the Putorana Plateau and Kamchatka discover the truth of Gogol's line in The Government Inspector: "you could ride for three days and meet no one."

Finally, the village of Provideniye is the most beautiful bay in Chukotka of all the fjords in the Bering Sea. It is now a national park so tourism development there is an uphill struggle.