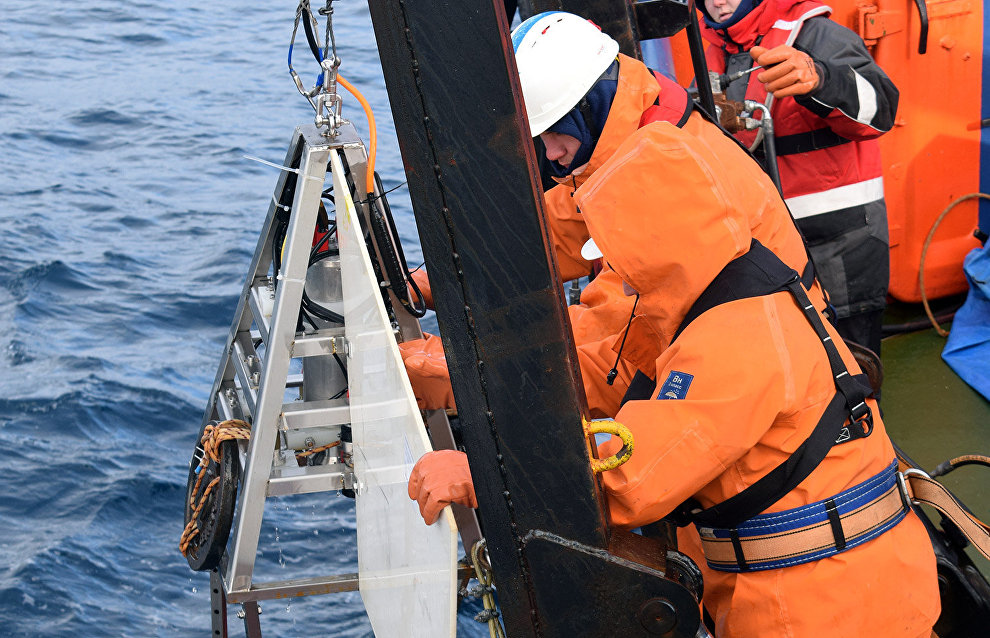 The geological exploration of ocean and seafloors began relatively recently. In the early 20th century, deep-sea research was limited to depth measurements and bottom soil sample collection. Scientists would lower a weight on a long rope to measure depth and they would use a ladle mounted on the weight to collect bottom soil samples.

Geophysical research methods were first used in marine research after the Second World War. Echo sounders, sonars and acoustic profilers were based on the time it takes sound waves from the vessel to reach the bottom and bounce back. Similar systems using especially strong sound were used to study the internal patterns of loose deposits on the seafloor.

Today various automated systems are used to study the sea. Cameras are used to scan the micro-bathymetry of the bottom, sediment and submerged outcrops, as well as marine flora and fauna. There are no module systems that can carry the equipment necessary for target-specific research of large areas of the seafloor.

In the spring of 2017, a team of geologists, ecologists, engineers, programmers and other professionals from the Marine Research Center at Moscow State University (MRC MSU) started designing a system that could map the seafloor at various depths, interpret the data and provide visual certification of the findings. They worked within the framework of the MariNet roadmap of the National Technology Initiative (NTI) under contract with the Foundation for Assistance to Small Innovative Enterprises. 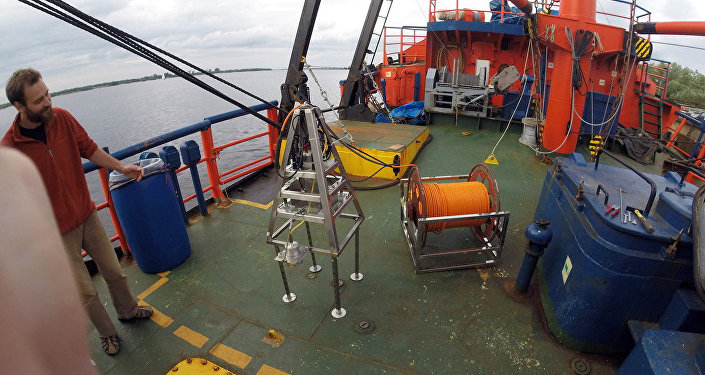 "We were given the task of the areal mapping of the underwater landscape back in 2014. The design bureau of the Marine Research Center had to find a way to quickly collect as much data as possible for research, primarily in geology and biology," said Vladimir Chava, deputy head of the R&D Department at MRC MSU, who was one of the first to join this project. "The idea of creating this system came about after I read The Living Sea by Jacques Yves Cousteau. In it, the famous marine explorer wrote how they designed a towed camera sled. For the next few decades, scientists from many countries, including Germany, Norway and the United States, worked on similar projects. In Russia, camera sleds were only used at a few research institutes. We still do not have a commercially viable towed camera system."

Vladimir Chava said they worked at the Nikolai Pertsov White Sea Biological Station of Moscow State University to combine sample collection equipment with a side-looking sonar, whose findings must be complemented with photo and video footage, including at depths inaccessible for divers. The remotely operated vehicles (ROVs), which are routinely used for the certification of this information, are very good for shooting in one stationary location but not for taking extended footage. To take extended, for example, three-kilometer footage, the researchers had to move the vessel, hauling up and submerging the equipment, which is difficult and expensive. This is why it was decided that the researchers needed a system with a variety of functions.

The initial hardware-software prototype looked like a pyramid with a high resolution camera, an altimeter, four LED lights as well as pointers, which are necessary to process the data, including measuring the size of objects and the distance between them. At this stage in the project, the scientists tested the "pyramid" for reliability and effectiveness.

From pyramid to rectangle

The "pyramid" was first tested at Moscow State University's Nikolai Pertsov White Sea Biological Station in the summer of 2017. It was decided to add side-looking sonar to search for objects over large areas, which led to changing the shape of the pyramid to a rectangle. The rectangular shape helped stabilize the sled as it was towed with a special cable. The sled was further improved with the addition of a high resolution digital camera and the replacement of the old camera with a more sensitive version. As the result, the system was able to collect information from the side-looking sonar and the two cameras, each set up for local imagery. The first camera is mounted at a right angle to the sled's surface, and the second camera has a rotating mechanism to collect telemetry data depending on the work specifications. The lighting equipment and the electronic interface of the submersible system were improved as well. 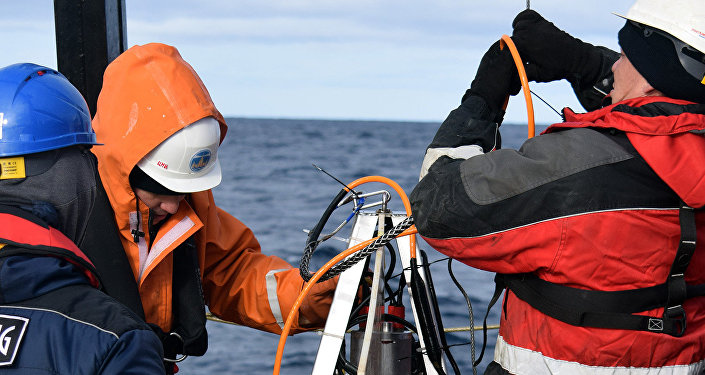 The designers point out that the sled's electronics can work efficiently in the extreme conditions of the Arctic seas. The sled is made of stainless steel and is lowered with a winch. Another feature of the new sled is its small size: two persons can easily lower it from a small ship or even a boat. Photo, video and other digital information is stored on a flash memory card aboard the autonomous underwater vessel and simultaneously relayed in real time to the command and control panel of the surface ship. The equipment is powered by a diesel generator and hence does not need charging. It can also use a rechargeable battery pack for autonomous operations when external power is not available.

"We used to have problems with telemetry during environmental trials at extreme depths, for example, in the Kara Sea. But now we can retrieve information from the camera in online mode. Unlike standard ROVs, the new sled is less dependent on the weather, considering that surface waves are quite rough in the northern seas. Trials have shown that the new system can accurately record marine fauna like snow crabs and starfish, as well as the color and geography of the terrain," said Vladislav Kozlovsky, environmental section head at the R&D Department of the MSU Marine Research Center. 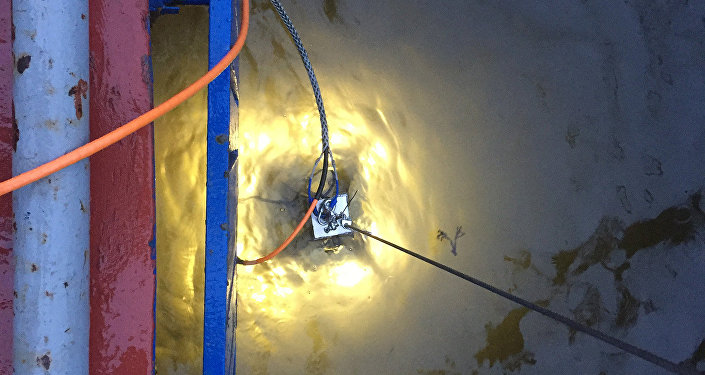 This means that the sled can conduct various types of research in one go, which would cut the cost of marine research because fewer specialists are needed to operate the sled from the research vessel (a hydrographer who makes measurements, a geophysicist who operates the sonar, and a camera operator) and the number of stops. Footage can be also taken by the sled's camera while it is being towed.

The designers say the sled can simplify research in many specialties. Biologists would be able to use it to analyze seafloor flora and fauna, and geologists and ecologists could use it to find temporarily abandoned oil wells and other man-made objects, as well as for search and rescue operations.

New improvements and additions have been made to the sled. Engineers at the R&D Department of the MSU Marine Research Center are assembling a new version of the prototype, which will be tested as soon as the field season begins in the Arctic this spring.