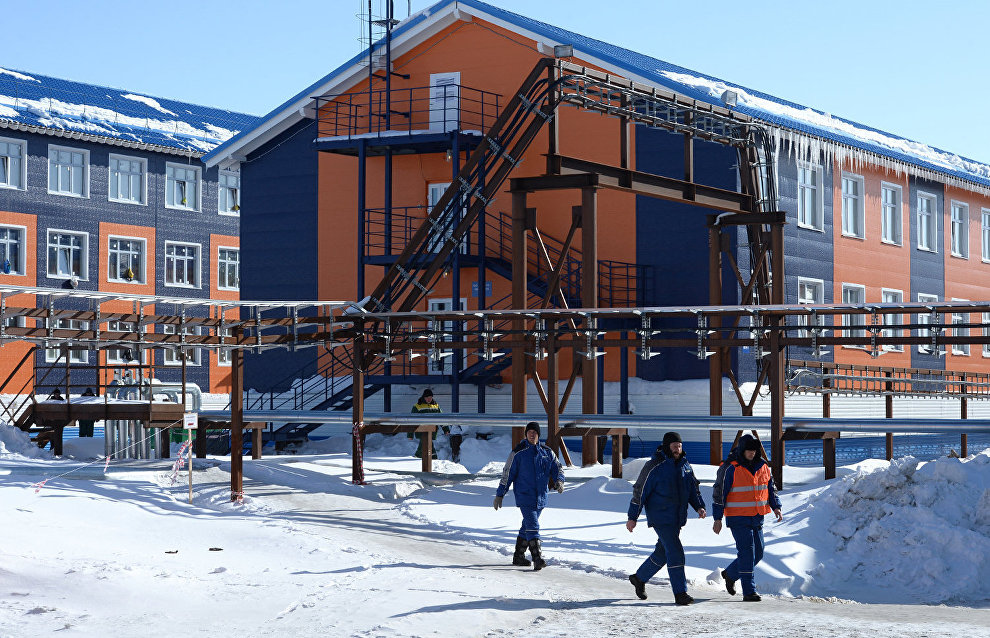 Artic foxes instead of dogs, a liquid sweater, walking in denims in the tundra and many other things about the life of rotational workers

Telegram has several channels with material about the events in the Arctic. The channel “Days beyond the Polar Circle” is presented by two people who have never seen each other. “We work in shifts beyond the Polar Circle and we will tell you how it is,” they said. Arctic.ru spoke with Sergei and Leonid about their jobs, their everyday life as well as how they spend their time off.

Sergei P. launched his channel to tell his friends about his life as a rotation worker. Later on Leonid addressed him to say he has many stories as well. This is how the channel got two presenters.

Sergei, how did you get to Sabetta?

Sergei: Now I am at home in Moscow. I worked for 28 days and now I will stay at home in Moscow for 28 days and not work. I graduated from the Moscow State University' faculty of geology and I had a place in a research institute. I worked under contract in Noyabrsk, Novy Urengoi and Yar-Sal. Then I was invited to Sabetta and local bosses asked me if I would like to stay there. In the past I did environmental, geological and engineering surveys and now I have a position with the department of technical oversight. As a geologist, I monitor the condition of permafrost, buildings and structures together with temperatures.

Leonid, how did you become a channel presenter?

Leonid: I was curious to find out whether someone would find this interesting. Now there are channels on every subject; there are beauty bloggers. I thought to myself: "Is the North interesting to someone?" There is a lot of information on it, there are funny and sad stories and much could be said about the local people and the animals too.

Your channel has a hero — artic fox Yegor. How do you feel in an  environment where there are artic foxes and polar bears walking on the road and walruses peeping up from an ice-water dip?

Sergei: At first, I was shocked but also delighted. When I first met an artic fox in the tundra during a snowstorm I was yelling at the top of my voice. Now I have a different attitude to them because like cats and dogs they run around the village and yap. 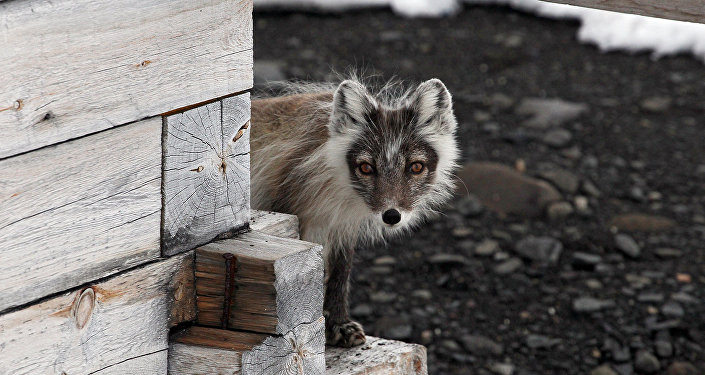 © RIA Novosti. Vera Kostamo. Artic foxes instead of dogs, a liquid sweater, walking in denims in the tundra and many other things about the life of rotational workers

As for polar bears I have mixed feelings. Once I and my colleagues went on a route on a trecol and were told by radio that a bear had been spotted in the area. I immediately became enthusiastic about seeing it but my colleagues did not want to meet it. They explained that it is impossible to hide from it, that a vehicle is no obstacle for it. It can open it with one claw and we'll end up as canned fish. As a result, we got into a marshland and our trecol was stuck in it for a long time. It was growing darker and I thought I didn't want to meet this bear. We didn't meet it on that day.

Leonid: I was born in Norilsk where artic foxes run around like dogs. Here they approach lorries when drivers have lunch and wait for biscuits or any leftovers of food. I'm constantly nervous about coming face to face with a polar bear and don't want to meet one at all. When I walk back from my gym for two km, I have to cover part of the road along the Ob Bay where polar bears are frequent guests. When I walk in the dark every artic polar fox seems to be a polar bear. 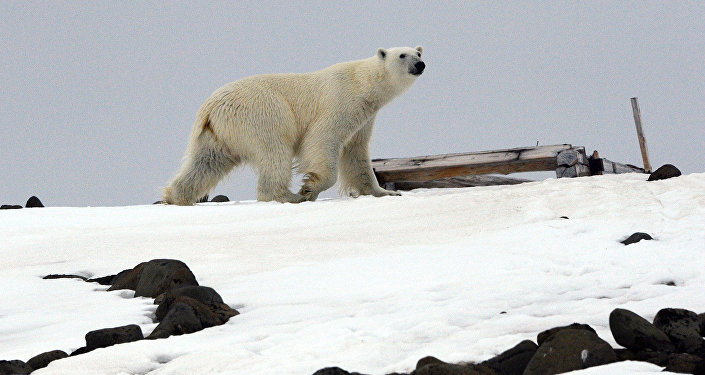 © RIA Novosti. Vera Kostamo. Artic foxes instead of dogs, a liquid sweater, walking in denims in the tundra and many other things about the life of rotational workers

You have mentioned the term "liquid sweater." What does this mean?

Sergei: This is alcohol. You haven't come across this term before have you? There is an illusion that alcohol warms you up and this is why geologists often call it a "liquid sweater," but this is wrong and even dangerous. Alcohol only gives one an illusion of warmth and abates the feeling of cold.

What should one do in low temperatures?

Sergei: The most important thing is to avoid moisture. If you perspire moisture gets frozen immediately and you get cold. Thanks to new technology we can wear good warm clothes that are not too thick. Padded garments are no longer necessary. There are many life hacks on how not to freeze in low temperatures for up to 12 hours. I was told about sanitary pads in shoes that absorb moisture. Some say it is simply necessary to change what you're wearing more often while others advise carrying a thermos with tea. I am not sure about tea. I try to drink as little as possible but eat more high-calorie food to avoid feeling hungry.

How do rotation workers get along with the locals? In general, do you often come into contact with the indigenous people of the North?

Leonid: Our communication is specific. They come to exchange their stuff for fuel or alcohol but we don't have any. They bring fish (muksun, broad whitefish and omul) but we only buy it if we are fed up with canteen food and want to cook something ourselves. They have become very clever. I saw some local guys wearing national dress lurking around at the railway station in Labytnangi and wanted to have a photo with them. Just imagine they wanted 100 rubles for doing this.

They are persistent. If you promise something, you are obliged to stick to your word. For instance, they will come asking for some spare part, a piece of iron or work gloves. You will promise them this or that or whatever they want but later it will slip your mind. Meanwhile, the following day the guy is already there waiting for the thing you promised him and he'll come back every single day for a month. He may even want to pick a fight. We have to remember that all of them carry weapons and could use them without thinking twice.

What about your free time?

Sergei: There is little free time. I work 12 hours every day without any days off and we have to work during public holidays too. I wake up in the morning and immediately start working. In the evening I want to get home, watch a movie and go to sleep as quickly as possible because I have to wake up early in the morning. That's how it is for 28 days in a row. It is a bit difficult to come up with any ideas for leisure activities. There is a gym and a small movie theater in the nearby village and that's it really. When we worked in Novy Urengoi or Tarko-Sale we had days off and we could go somewhere in the evening.

Leonid: Everything depends on what you are used to. If you weren't used to having any leisure time before at home, you won't miss it. After working your shift you will take a shower and fall asleep. Others organize their leisure time. Novatek built at Sabetta a good fitness center with a sizable hall for football and basketball, a weights room, a wrestling ring, a sauna plus a coffee place. If you really want to find time you can. It was also possible to drink a cup of tea with friends.

Sabetta is a dry place during the shifts, is it?

Leonid: Of course, alcohol is banned but someone gets caught every week.  Usually they pay a huge fine (from between 10,000 to 100,000 rubles). The violators don't get sent home very often though. All are adult people and are responsible for themselves. Anyway, they come here to make money, so it shouldn't be difficult to stay off the bottle for a while.

Sergei: People cannot stand it for too long. It is the attitude to this regime that matters because there is nothing awful about the nature and cold. For me the most difficult thing is relations with people because I have to spend 24 hours every day seven days per week with them. We wake up, have breakfast and work together. If your team is good and you trust each other, it is much easier. But if someone starts playing behind the scenes, sets you up and starts sucking up to the boss, this is enough to want to make you scream. I was surprised because I thought the harder the conditions the closer people become. Sometimes it's the other way round though. 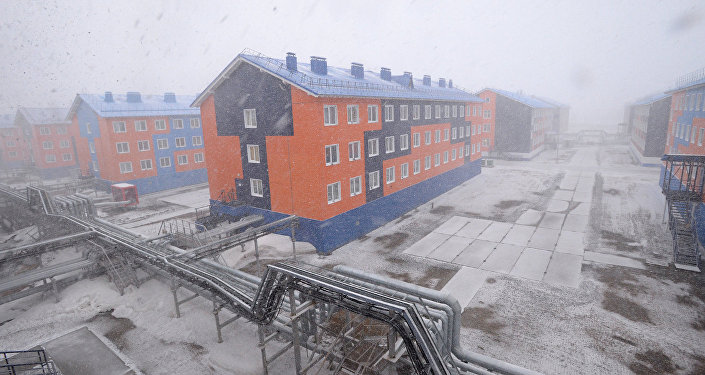 Leonid: Now they hire not only experienced rotationworkers but anyone. Newcomers do not know the rules of co-existence. Drivers are a headache for me as a logistics expert. Taxi drivers come to work in the tundra in shoes and jeans! Some of drivers were long-distance truckers for 10 years but here the specifics are different and one must have special skills. Thus, sometimes they have to spend up to five days in the cabin when everything is covered with snow. The truck has a reserve of fuel and food. Seasoned drivers calmly wait for the end of a snowstorm. They listen to music, watch movies, and sleep to their heart's content whereas newcomers panic, leave their trucks and flee.

During your shift work what is missing?

Sergei: For me, sleep. I want to have more than one day off during a shift of 28 days. There is not enough fresh fruit and vegetables. Everything is well past its frozen shelf life. When you hear rumors that apples were brought to the shop, you dash along and buy five and then rush back home as the already hard balls rattle about in your bag. They then defrost and turn into inedible slush. Last time after four months I developed scurvy. Eating habits are different. Some workers bring sauerkraut with them, while others prefer to eat garlic or take vitamin pills. The local water is demineralized and I really do miss tasty water a lot.

I miss darkness during a polar day as well. Then I come home see how the sun sets and feel much better. Many people miss trees. I didn't think trees could be so important.

Are there women there?

Sergei: Yes, women represent about 30 percent of the team. Relations between men and women are not restricted in any way. Some women make it clear from the start that they came to find a husband because the wages here are much higher than the national average. A driver makes about 100,000 per month. But, of course, most women actually come to work. Everyone is different.

The personnel turnover is very high though because it is a hard job to be in. There were some horrible cases. I heard that one polar worker — a strong guy with a beard — once collected his belongings and decided to walk to Moscow.  He was not thinking straight any longer. Where can one get from a submarine? There are no roads and you cannot buy a ticket until your contract has been completed. He was found 10 km away from the village but everything was okay.