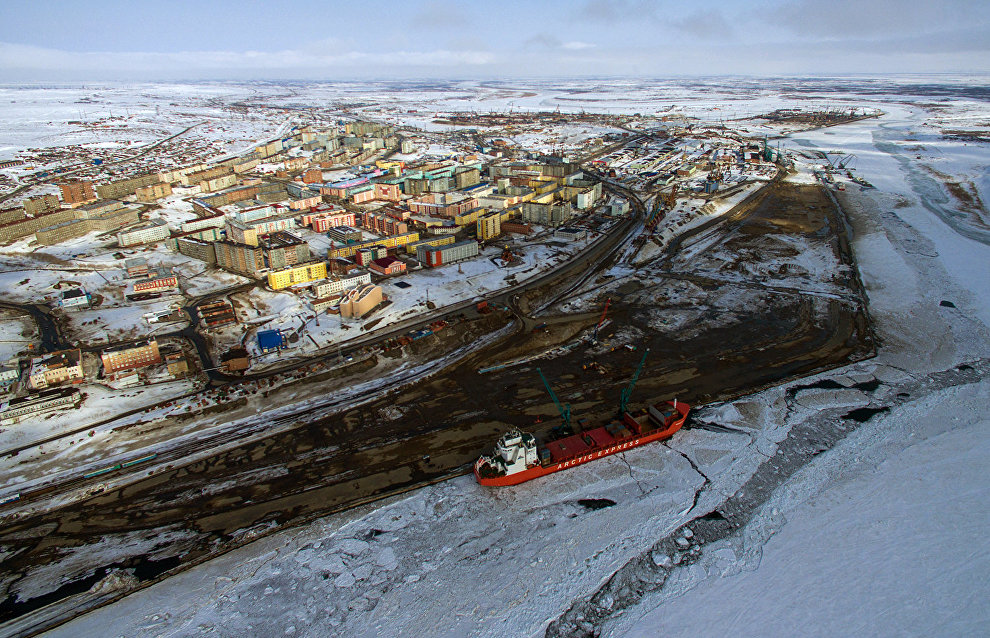 Members of an ad hoc working group have submitted a draft document setting forth national public standards of Arctic environmental security. As one of the document's co-authors, Arseny Mitko, Chairman of the Council of Young Researchers of the North and a Member of the Presidium of the Arctic Public Academy of Sciences, discusses the document's influence on the development of the Arctic zone and why it should be approved already today.

The document's provisions should also be submitted to the relevant international working groups of the Arctic Economic Council and the State Commission on Arctic Development.

According to Mitko, companies that are sited in the Russian Arctic will change their work patterns only if legislation meeting these standards is passed. These standards will prove more effective if they assume an international scale, with the state controlling them accordingly.

—  a single code of the best practices and initiatives of research, academic, public and commercial organizations, national and international regulations and requirements as regards environmental protection of the Russian Arctic;

—  efforts to establish a new institution for the voluntary approval of rules for the environmentally friendly conduct of old as well as new companies in the Russian Arctic.

Most importantly, the standards should be approved precisely at this very moment of time because the current regulatory framework does not reflect all nature management aspects in the Russian Arctic; nor can it reflect them per se. This does not happen because the regulatory framework is imperfect but because the law cannot reflect numerous aspects. It is not always necessary to closely regulate various operations in a tough manner. Quite often, one should simply be guided by certain principles for organizing such activities, so as to minimize the risks of environmental disasters.

The Arctic zone will be developed more intensively, with new economic management principles and risks coming to the fore. The regulatory framework is unable to quickly respond to such changes. In this case, the above-mentioned standards comprising fundamental nature management principles and those for maintaining environmental security would be able to guarantee socially acceptable formats of Arctic activities, if not replace the law completely. It is necessary to amend specific principles for the rational and cost-effective use of Arctic natural resources and formalize them at national level.  In addition to this, we should replace the departmental approach toward developing Arctic natural resources that has become redundant at this stage because, given current labor-division levels, it is impossible for one industry and one company/enterprise to resolve all matters concerning the maintenance of environmental security/safety of production facilities. First of all, it is necessary to standardize the existing regulatory framework that does not conform to the Fundamentals of the Russian Federation's State Policy in the Arctic up to 2020 and Beyond.

The public nature of these standards amounts to their voluntariness, in the first place. In other words, these standards are not mandatory. However, organizations accepting them undertake to voluntarily fulfill their criteria, while comprehending the need to preserve an integral and undamaged environment, to abide by safety regulations and to assume responsibility for the quality of life of future generations. The operation of these standards as a system implies the creation of an expert council whose members would monitor compliance of certified organizations' activities with such standards. Members of the expert council should be elected from among representatives of organizations that have already joined these standards, researchers and representatives of state-power agencies. The expert council's lineup and membership should be determined at the first meeting of representatives of organizations willing to accept these standards. Future challenges regarding the development of the Arctic's natural resources and maintaining its environmental security are determined by tasks, formalized in the Fundamentals of the Russian Federation's State Policy in the Arctic up to 2020 and beyond.