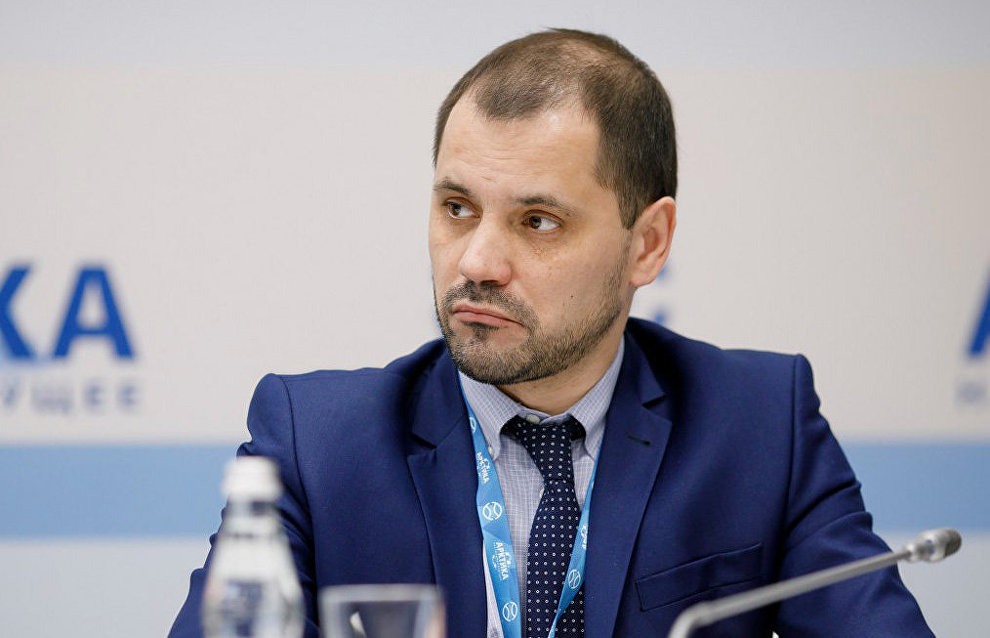 The Komi Republic Minister of Natural Resources and Environment, Roman Polshvedkin, discussed the republic’s environmental issues at the recent forum The Arctic: Today and the Future. Arctic.ru interviewed the minister in detail on the risks lying in abandoned oil wells, damage to the economy, oil pools in city parks and who is responsible.

At one session you mentioned the old oil wells in the republic. Can you discuss them in detail, please?

In terms of industrial development, the Timan-Pechora Basin in the Republic of Komi and the Nenets Autonomous Area is the oldest oil and gas province. The first oil was produced there by Fyodor Pryadunov way back in Ivan the Terrible's time. Actually, this is the home of Russian oil production. Serious prospecting and development began here in the late 1920s-mid 1930s.

Currently, the republic has over 4,500 abandoned oil wells. They are all exhausted or marginal with minimal pressure. This number is approximate and a full inventory is needed, which we have started; a lot of work has been done. So, of the 4,500 wells almost 2,000 are included in the unallocated subsoil reserve fund. This means that about 2,500 wells are located in the license blocks of various companies, which are supposed to mothball them with their own resources, but the other 2,000 wells have no owner. Many unowned wells are located in the city of Ukhta; some 85 of them are under residential buildings. I've seen this: a well was drilled right in a building basement. We have a pond in the city and a well under it bubbles through the water or releases oil from time to time. In a park area, an old well some 20 meters off the ski track releases oil into a small pit and we can't find the well-head.

About 170 wells remain in specially protected natural areas. These wells should be eliminated as a matter of priority. Many are on river banks. I have personally seen a dozen or so wells only meters from the river. Naturally, oil is leaking into the water.

How is an unused well still producing oil?

It should be remembered that in the 1930s drilling technology was very different. What makes it more difficult is that wells have different casing. Some have wooden casing going deep into the pit. Of course the casing has rotted after almost 100 years and it's not clear what condition it is in toward the bottom or if there is any danger of subsurface water pollution. This is very important for us because in some populated areas wells drilled into subsurface waters serve as reserve sources for the water supply. 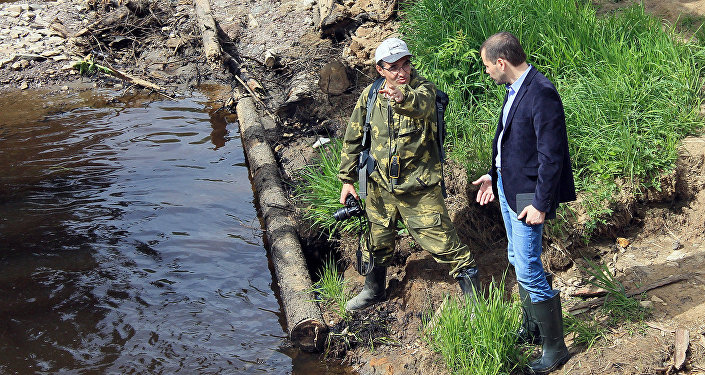 In addition, oil production continues in the region today; plus other development and various geological processes are underway; this causes the pressure in the old wells to fluctuate and they become active every now and then with associated gas or oil seepage. This creates the risk of fire or explosion and increases environment pollution. And nobody is in control; there is no owner. But we understand perfectly well that they have to be plugged, especially those where gas and oil are oozing out.

Is this possible through a federal program?

There is a federal program to remove accumulated environmental damage. Is it damage? Yes, it is. Has it been accumulating? Yes, it has been. Is there an owner? No. But today a project proposal needs to be drafted in order to be included in the program. In fact, the region needs to draw up a project at its own expense, submit the documents, and the federal Ministry of Natural Resources will then provide funding.

No standard project can be drawn because all the wells are different — of different ages, and their conditions vary. They need to be inspected; the plugging technology varies based on the casing. If wells are the same age in an oil field, it is possible to submit a group project. A mitigation project for one well can cost about a million rubles, and up to 5 million if plugging is included. 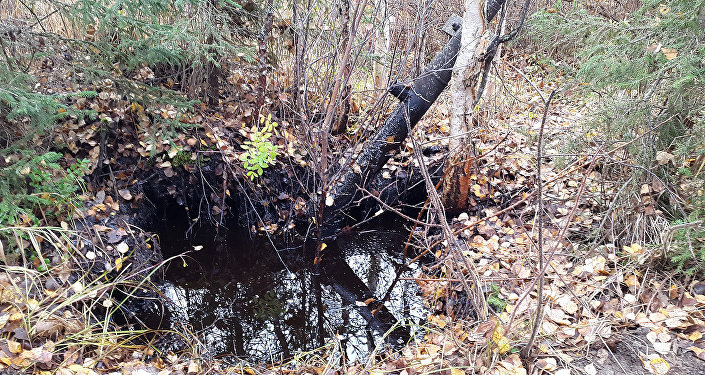 One example from the Kuryinskoye gas field, where a major gas blowout occurred and there was a risk of fire. The plugging effort cost around 4 million rubles. This was the cost for one well. However, in that case they didn't carry out the project because of the emergency. And when drafting a project is involved, we estimate it will require a huge amount of money that the region doesn't have. Moreover, all of us understand that subsoil resources is federal property. Two years ago, when Sergey Donskoy was the natural resources minister, I came up with a plan for federal funding for the development of individual and group projects, at least with respect to the existing high-risk wells. An unambiguous decision has yet to be made, but we go on searching for ways to plug these wells. Among other things, we continue working with the federal authorities regarding the allocation of funding for the removal of this accumulated damage.

Another major concern is that radium water and radium were produced in the Ukhta Region in the late 1930s and 1940s, and those wells are still there and they are radioactive. Don't forget that the first Soviet nuclear bomb used radium produced in Ukhta. So, the problem is greater than we imagined.

I understand that radium is not the responsibility of the Ministry of Natural Resources but is rather among Rosatom's terms of reference. Now this issue is being discussed by a special working group. What we need to do as a matter of priority is, at least, to take an inventory of those wells, put them on the map and mark them on the terrain to bar people from approaching them. In 2015, Rosatom built an up-to-date tailing dump in that area that isolated part of the radium production waste.

This is what we call accumulated pollution. We have agreed that we need to determine a procedure and responsibility for those wells. We know this is the Russian Federation but it needs to be specified under the law. 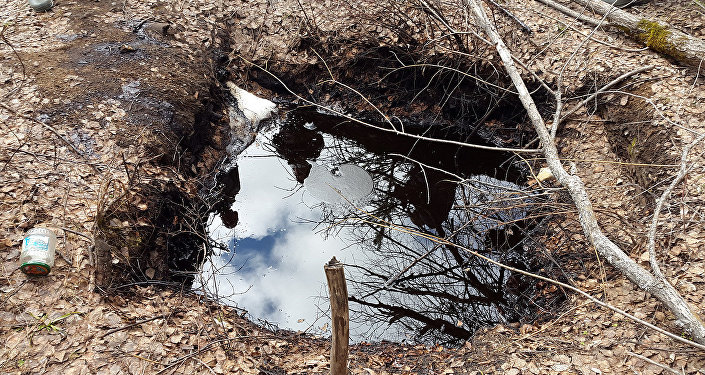 Let's at least make an inventory of the wells at the initial stage and start plugging the most dangerous ones. We have a preliminary list, so we can begin project development. Unfortunately, so far those wells have not been included in the register of accumulated environmental damage for one simple reason: there is no plugging project. So, we will seek federal funding for project proposals including plugging.

Have you ever estimated the damage caused by those wells to public utilities services?

The damage has not been officially evaluated but evidently it affects people's health, water bodies and subsurface waters. Oil and oil byproducts, including from old wells, flow down our river every spring. So we are forced to stop the surface water intake in Ukhta and use reserve underground water sources. However, given the geological processes, there is also a threat of subsurface water pollution. We have avoided an emergency so far but the risks, including health risks, are obvious.

We are evaluating the risks in the Usinsk District where an intensive oil development project is underway. Regarding oil spills and stratal water spills, stratal water spills are even more dangerous. They are aggressive and literally burn the vegetation, and the soil takes longer to recover than after an oil spill.

In July, a major company polluted four hectares with production waters. According to our estimates, the damage stands at 103 million rubles and now we have to initiate court proceedings. They have already paid 9 million for a previous incident but it was much smaller in scale.

This looks quite discouraging so far. What are the chances for improvement?

But, most important is that we see a reduction in the volume of oil and oil byproducts appearing on the surface or in water bodies. Worst of all is when it gets into the water during flood season because it is more difficult to contain, localize and remove. Still, we use our own three-level river protection system to prevent at least their spreading to the Pechora River and further to the Pechora Bay and the Arctic Ocean. This is a positive trend: companies are beginning to understand how to manage this and how to minimize the damage.

Another positive trend is an increase in the replacement of obsolete oil pipelines. We have seen this in the last two years. In total, the republic has received 13 billion rubles for environmental activities, including for the replacement of oil pipelines, in 2017. According to projections, this year's funding will be much less, and this makes us a bit uneasy because that means that pipeline replacement projects will decrease. We are even working on a legislative initiative to ban the use of oil pipelines older than 20 years.

Generally, the pipes should be replaced when their service life expires. They must be as leak-proof as a spaceship. A spaceship's service life is never extended, is it? They are just removed from orbit and that's that.