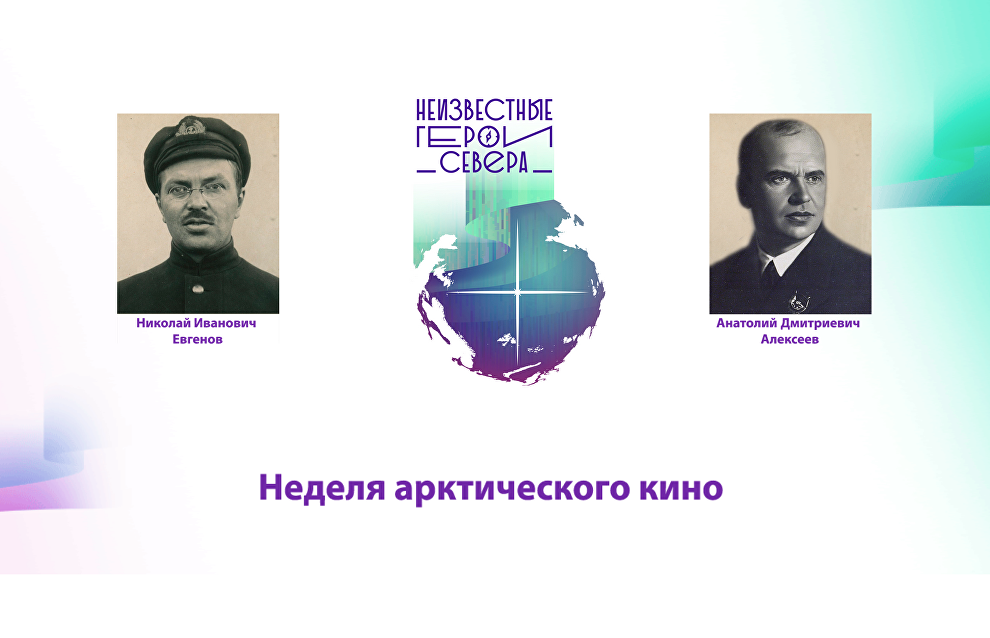 Arctic Film Week to highlight unknown heroes of the North

The producer of the Unknown Heroes of the North project, Boris Dvorkin, who is also a film director and a member of the Russian Filmmakers' Union, provided the details of the project. "Our project received support from the Presidential Grants Foundation, and it tells about people who, as fate would have it, happen to be little known to the public at large," he said, presenting his project at the International Forum The Arctic: Today and the Future in St. Petersburg.

The first part of the project highlights polar explorer and hydrographer Nikolai Yevgenov's life, which can help trace the story of Arctic exploration in the first half of the 20th century. One of his first polar expeditions was the famous Arctic Ocean Hydrographic Expedition, during which the Severnaya Zemlya Archipelago was discovered. "Nikolai Yevgenov was the first to have noticed this stretch of land," said Dvorkin. In Soviet times, Nikolai Yevgenov continued to take part in expeditions to explore the Arctic; in particular, he headed Kara Sea goods exchange expeditions for many years and expeditions to explore the Kolyma River area, took part in the first high-latitude expedition and crossed two oceans on board the icebreaker Krasin, which was sent to rescue the steamship Chelyuskin crew. "The fate of this Russian sailor and scientist is very interesting," said Dvorkin. "Unfortunately, he didn't escape the 1930s repressions, which took a serious toll on his health."

Along with the documentary, a multimedia exhibition was set up, using modern technologies. "Here at the forum we present a multimedia desk displaying this exhibition, where you can see photographs and documents from Russian archives and the Yevgenov family archive," Boris Dvorkin explained. He also spoke about his plans for the future, in particular, the second part of the project, which will present the story of another polar explorer, Anatoly Alekseyev, who was a pilot, a Hero of the Soviet Union, a member of the expedition to rescue Umberto Nobile and one of the Soviet pilots who landed Ivan Papanin's expedition, North Pole —1, on ice.

"In addition, at this second stage of the project, we decided to hold an event, which we called Arctic Film Week," said Dvorkin. "The Krasnogorsk Archives lent us several films from the 1930s, which tell about the exploration of the Arctic, including the expedition on the steamship Chelyuskin, the expedition to Yakutia of 1894-1896, which was funded by the owner of gold mines Innokenty Sibiryakov, the North Pole-1 expedition and others. We will be able to show these remarkable films, which few people have seen, to the public for free." The project will travel to several cities, which are Moscow, St. Petersburg, Arkhanglesk and Salekhard.

"I was given these films quite recently and was surprised watching them," Boris Dvorkin said. "Old films are a bit languid in style, if I can say so. But there is one film among them called Two Oceans, which was directed by Vladimir Shneiderov. The older generation remembers this man well, as he presented the Club of Film Travelers TV program prior to Yuri Senkevich. This is an absolutely dynamic movie with truly clip-like editing. I was captivated by it."

In Moscow, Vympel, Iskra, Molodyozhny, Polyot, Sputnik, Saturn and Tula cinemas will each host one free film screening. In St. Petersburg, free film screenings will be offered by the Raduga Shopping and Entertainment Center and Rodina Cinema. The venues for hosting the event in Arkhangelsk and Salekhard are yet to be determined. For the Arctic Film Week schedule, visit the project's official website www.geroisevera.ru.