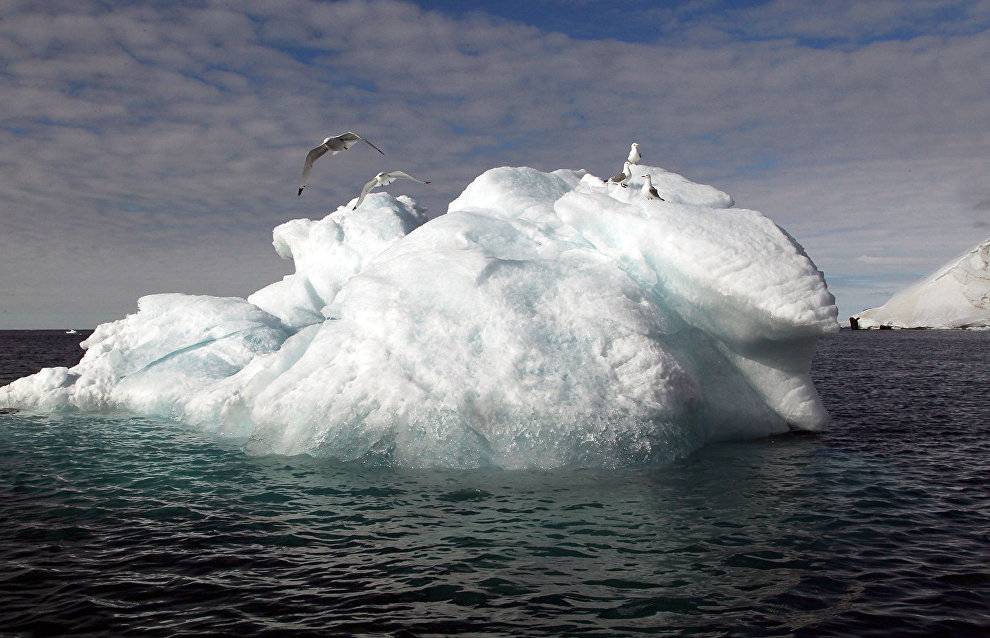 Underwater permafrost on the Arctic shelf melting faster than expected

Russian and Swedish researchers have published a research survey showing that the underwater permafrost layer on the Eastern Siberian continental shelf is melting faster than expected, the press service of the Tomsk Polytechnic University told.

"In 1982-1983, the Permafrost Research Institute of the Siberian Branch of the Russian Academy of Sciences drilled four wells, and based on this data we found that the rate of vertical underwater permafrost degradation in the area has gone up to 18 centimeters per year (14 centimeters on average) in the past 30 years, which is ten times faster than expected," the press service said.

It was believed that the permafrost layer on the sea shelf in the eastern Arctic was mostly solid, which would not allow the possibility of methane emissions from under the ice. It was assumed that the melting of the permafrost would not exceed several meters before the end of the 21st century, and that it would take from hundreds to thousands of years for it to melt through.

"Based on the new results obtained by comprehensive biogeochemical, geophysical and geological research made in 2011-2016, we can conclude that in some areas of the Eastern Siberian shelf the permafrost layer has thinned and reached the stability zone of hydrates, the destruction of which might lead to massive emissions of methane bubbles," Natalya Shakhova, professor at the university's Geology and Exploration Department, was quoted as saying.

According to the survey, the volume of methane emissions from the bottom sediment in eastern Arctic seas can vary from milligrams to dozens to hundreds of grams per a square meter per day, depending on the condition of the permafrost layer. This leads to a two to four times increase in atmospheric methane in the above-water layer.

Researchers also discovered another reason for the increase in methane emissions into the water and the air: in shallow waters, icebergs and large ice floes plow through the sea bottom making trenches 4-6 meters deep. They reach the gas layers and release methane.