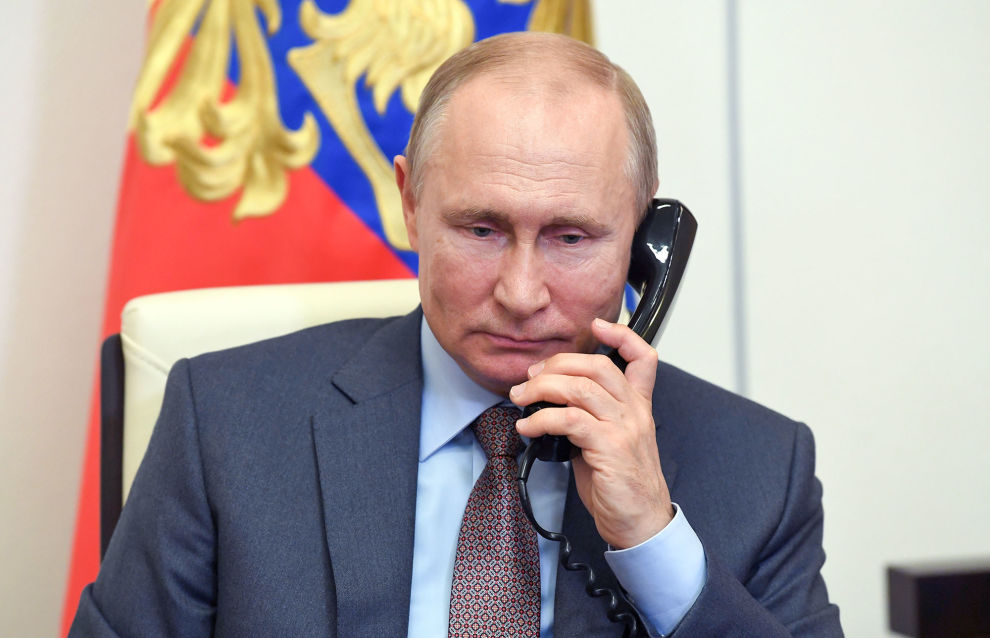 Vladimir Putin speaks by phone with US climate envoy

President of Russia Vladimir Putin had a phone call with US Special Presidential Envoy for Climate John Kerry, who is visiting Moscow.

Kerry informed Putin about his recent meetings with Russian officials where they discussed various aspects of the international climate agenda.

“Vladimir Putin pointed out that the Russian Federation set a high value on the attainment of the objectives of the Paris Agreement and advocated a depoliticized and professional dialogue in this sphere,” the Kremlin said in a statement.

The press service added that in this regard, the parties touched upon the preparations for the 26th session of the Conference of the Parties to the UN Framework Convention on Climate Change, which will be held in Glasgow from October 31 to November 12, taking into account national decarbonization priorities.

They also exchanged views, in the context of Russia's current chairmanship of the Arctic Council, on the outlook for bilateral environmental cooperation in the Arctic. “Overall, it was agreed that climate change is one of the areas where Russia and the United States have common interests and similar approaches,” the Kremlin noted.

Kerry arrived in Moscow for a three-day visit on Monday and has already been received by Foreign Minister Sergei Lavrov. Earlier, on July 1, Lavrov and Kerry spoke by phone about Russian-American climate cooperation and agreed to continue intensive bilateral contacts in this area, building on the results of the June 16 Geneva summit.