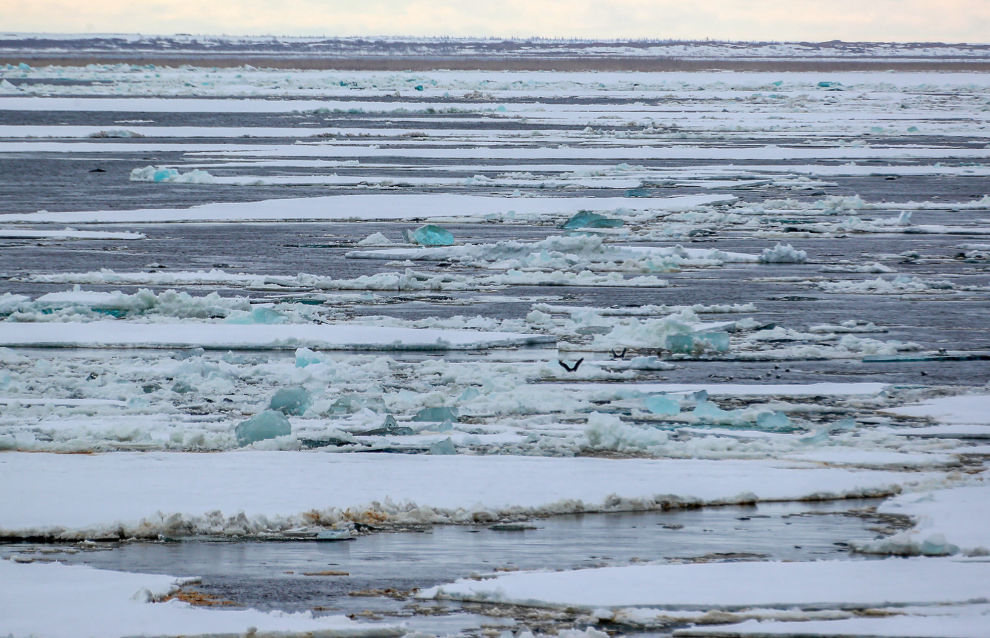 Scientists: It will rain, not snow, in the Arctic

Arctic precipitation patterns may change dramatically by 2060: the region will experience more rain than snowfalls.

According to scientists from Canada’s University of Manitoba, if global temperatures rise by three degrees Celsius, the Arctic will almost forget about snowfalls. However, rain will prevail near Greenland and the Norwegian Sea even if global temperatures increase by 1.5 to 2 degrees. These changes can already be seen today.

An article published in the Nature Communication journal says that it rained for the first time on the top of the huge Greenland ice-cap this past August.

In their survey, the scientists used the latest climate models showing that a transition from snowfall to rain would happen decades faster than believed earlier. In the Central Arctic, rain will prevail in autumn by 2060 or 2070, unless carbon emissions are reduced. Earlier, it was believed that this would happen by 2090.

Snow plays an important role in increasing the area of sea ice each winter. Consequently, reduced snowfalls mean less ice and more heat being absorbed by the open ocean surfaces.

According to the research paper’s authors, the consequences of these changes will cause the sea levels to rise and will impact permafrost. Roads will be flooded, and many animals will starve. Scientists believe that the Arctic, which is heating up rapidly, will also cause more adverse weather phenomena, such as floods and heat waves in Europe, Asia and North America, due to changing jet streams.