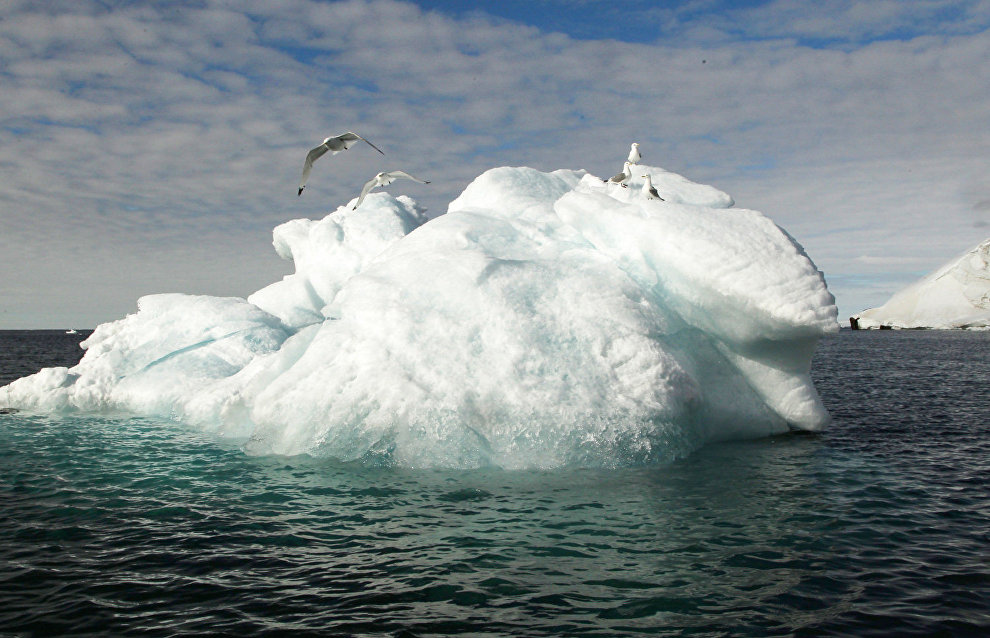 Russian Arctic is melting twice as fast as before

The rate of polar cap and permafrost mass loss has doubled in some Russian polar regions in the last 10 years, climate experts say in an article published in Remote Sensing of Environment.

Matt Prichard from Cornell University (United States) says that previous observations showed that glaciers in northern Canada were melting faster than those in northern Russia. The scientists studied the Russian part of the ice cap trying to find the reasons. For example, accelerated mass loss on the Franz Josef Land Archipelago in 2011-2015 may indicate temperature fluctuations in the ocean.

Arctic glaciers, as well as alpine, are subjected to rapidly-warming temperatures: recently, the average annual temperatures in the Arctic have gone up 6-7 degrees. This warming has two consequences: a shift in climatic zones and related plants and animals as well as changes in the coming of seasons, especially spring. Recently, scientists have found that spring in the Russian and Canadian Arctic begins two or three weeks ahead of the norm, which also affected the glacier retreat.

Prichard and his colleagues have been trying to understand why these processes impact various parts of the Arctic differently. In order to address this, they have analyzed how the glaciated Franz Josef Land has changed in the last 50 years. They scanned one of the first Soviet land maps of the archipelago dated 1953 and used it to find the initial glacier height and area on the islands. These numbers were compared with the date collected by the ICESat and GRACE satellites in recent years. These satellites monitored the area and thickness of Earth's ice caps.

The results showed that the ice melt in the Russian Arctic had drastically changed eight or nine years ago. Before 2011, the glacier on Franz Josef Land retreated at a more or less constant rate: about 18 cm per year, losing almost two billion tons of water annually. In general, these rates were comparable to those from the other Polar regions.

The situation has drastically changed during this decade. The retreat has accelerated up to 33 cm per year by 2015, or almost doubled, and the mass of the melted water reached 4.4 billion tons, which is about twice as much as Mount Everest volume.