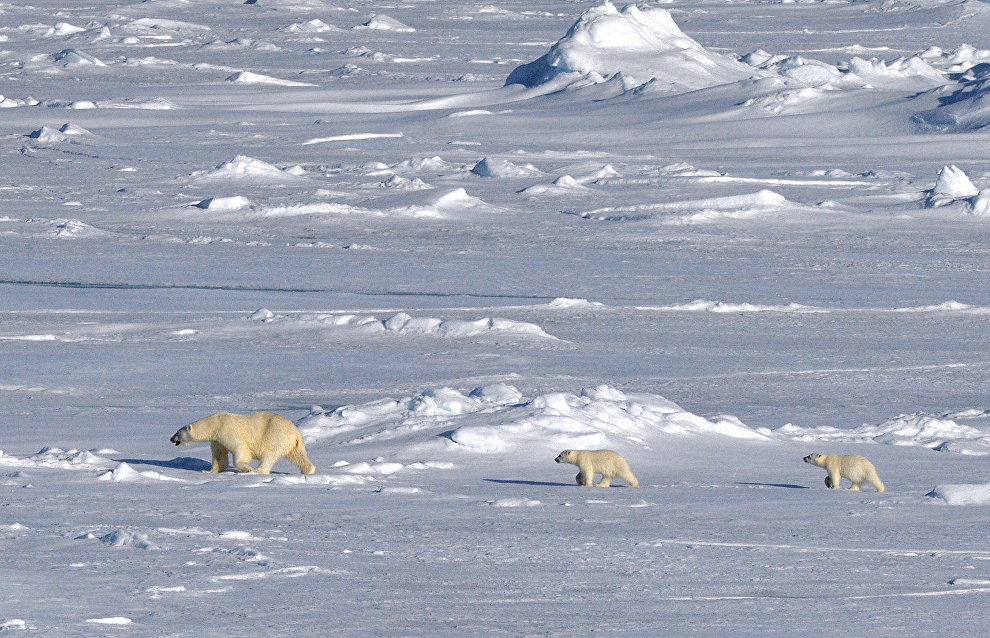 Russia to count polar bears for the first time

Russia will carry out a full count of the polar bear population for the first time as part of the Ecology national project. Such a decision was made following a meeting of the polar bear conservation and recovery working group under the Ministry of Natural Resources and Environment.

According to the plan, an aerial survey of the animals will be conducted in the Chukchi and East Siberian seas in 2021, in the Laptev and Kara seas in 2022 and in the eastern part of the Barents Sea and waters around Franz Josef Land in 2023.

"This way we will get the most complete data on the polar bear population in our country for the first time ever," the ministry's press service reports.

The meeting focused on the planning and future preparations for the population monitoring.