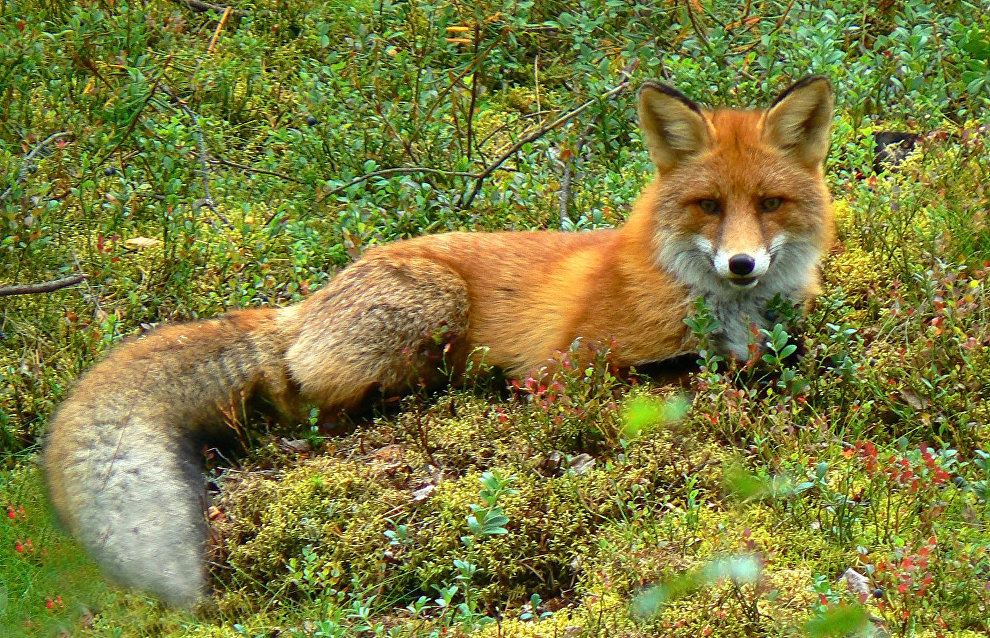 © from the archives of the Lapland Biosphere Reserve

Yamal researchers monitor migration of foxes in the Arctic

Experts at the Arctic research station of the Institute of Wildlife Ecology of the Ural branch of the Russian Academy of Sciences (Labytnangi, Yamal-Nenets Autonomous Area) have managed to put a satellite collar on a fox to monitor the migrations of the animals in their northern habitat for the first time.

"To do this, we need to put satellite collars on the animals and receive signals. It is not easy, and several of our field trips have returned with no results," the researchers said on their Instagram page.

Takuchi Laptander, a reindeer herder and a friend of the researchers, was the first to manage to capture a fox and put a collar on it. Yamal scientists will be able to monitor the fox's movements now.

"Takuchi recently called us from the tundra and said that he had managed to capture a fox and to put a collar that we left him on it, all alone. We have been monitoring the movements of Tyonyako (Nenets for ‘small fox') for the past few days. It has covered over 50 kilometers just in a few days," the experts said.