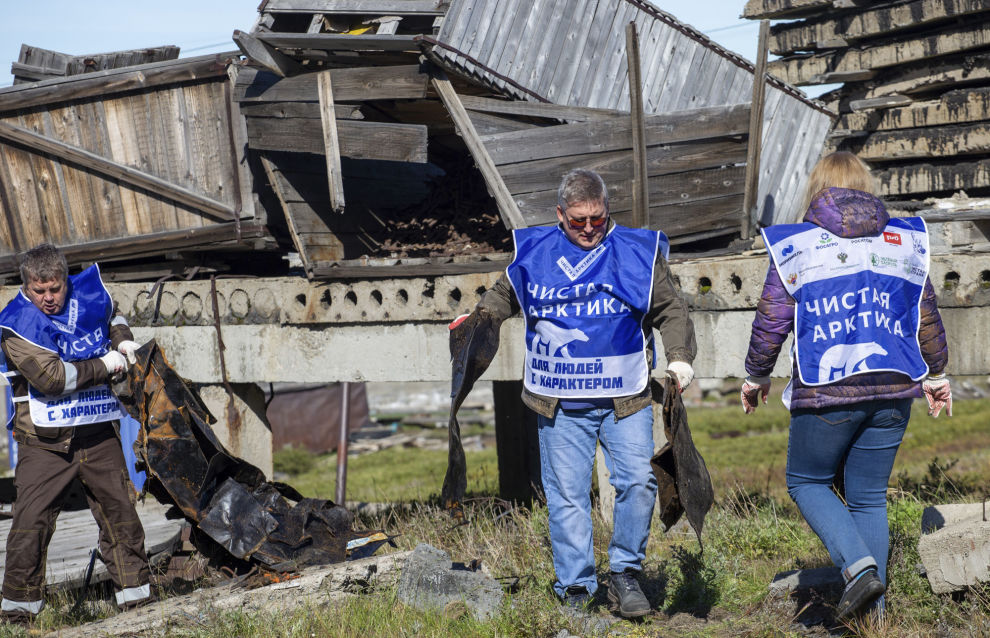 Almost 80 tons of waste collected and removed from Chukotka

Volunteers collected about 77 tons of garbage during a large cleanup held in Pevek as part of the Clean Arctic federal project. For two days the project participants, social activists and local residents, employees of city enterprises, as well as representatives of the administration and the family (tribal) community of the Sopka indigenous people of the Chukchi, cleared household and industrial waste from the coastline and the area next to the Orbita gym.

More than 80 people in all joined in, including active citizens, city administration officials and corporate employees.

“The cleanup in Pevek became an excellent example of cooperation between volunteers, authorities, businesses, and locals. It was encouraging to see representatives of small indigenous peoples taking part. It is great that cleanups like this are becoming a regular occurrence in Chukotka, with people forming the good, right habit of keeping their surroundings clean, taking care of them and preventing the emergence of new sources of pollution,” Ruslan Gubaidullin, Chair of Clean Arctic said.

Since the beginning of the summer, people from Anadyr, Pevek, the villages of Egvekinot, Provideniya, and Ryrkaipy – nearly 300 in total – have taken part in the Chukotka activities under the Clean Arctic federal project.

Clean Arctic is large project to clear the Arctic territory of waste accumulated since Soviet times. Dmitry Lobusov, captain of the 50 Let Pobedy nuclear icebreaker, and Gennady Antokhin, Soviet and Russian icebreaker captain, Hero of Labor of the Russian Federation came up with the idea.

Clean Arctic has become a platform that unites public and volunteer organizations, scientists, heads of regions, and businesses. The project is partnered by Norilsk Nickel, Rosatom, PhosAgro, and Russian Railways.