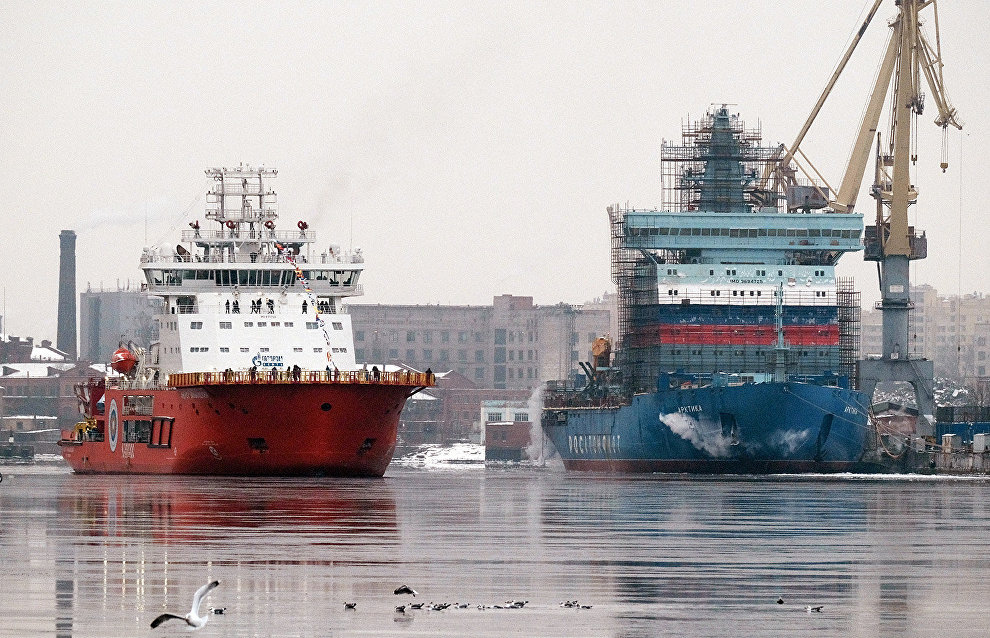 The Government has approved a legislative package on Arctic development that includes incentives for regional investment projects. It was drafted by the Ministry for the Development of the Far East and the Arctic.

"The bills in this package should create favorable conditions for attracting investment to the Arctic, for developing the unique mineral deposits, for promoting rapid development of the Northern Sea Route and, of course, for creating jobs," Russian Prime Minister Mikhail Mishustin said.

Under the documents, any company or business that is registered in Arctic regions and that is ready to implement a new investment project or to start a new type of business and can invest at least 10 million rubles in an Arctic territory can obtain resident status and will be eligible for tax benefits and non-tax incentives.

"We tried to balance economic performance incentives and budget revenue while developing this incentive package. As practice shows, both goals can be accomplished with an appropriate balance, a targeted approach, and by accurately evaluating the real influence of incentives on investment decisions, rather than by total incentive volumes. We addressed regulation in exactly this way," Minister for the Development of the Far East and the Arctic Alexander Kozlov noted. According to Kozlov, the new bills call for expanded tax subsidies for oil production on the continental shelf. New 5 percent tax rates will be valid for up to 15 years.

"With these tax subsidies, the Ministry of Energy estimates that at least five projects, valued at 1.77 trillion rubles, will be launched," Kozlov added.

Regarding expanded liquefied natural gas (LNG) production and the natural gas conversion sector, Kozlov said that tax breaks for gas extraction for LNG projects in Yamal and Gydan were a key factor in the success of current Arctic projects. This included a zero severance tax rate for a period of up to 12 years. "Our bills aim to extend this incentive to the entire Arctic region and to encourage new gas conversion projects. According to the Ministry of Energy, these incentives will make it possible to launch three new investment projects worth 2.9 trillion rubles," Kozlov explained.

He also noted that oil and gas production was currently centered in the western Arctic, and that the eastern regions had great potential for natural resource extraction. However, it is currently unprofitable to develop this sector, given the current tax environment.

"We have specified a new fifth category of deposits for these projects under the extra-profit tax. This includes zero severance tax rates in the first 12 years and the stepped introduction of 100 percent severance tax rates from the 13th year until the 17th year. This will help launch three major oil deposits, with investments totaling about 10 trillion rubles," Kozlov said.

Apart from supporting mineral production projects, the bills will promote the construction of ports, industrial facilities, and other projects. These projects are eligible for zero profit tax rates for a period of up to ten years. The bills also call for zero VAT on freight exports aboard seagoing ships escorted by icebreakers. This should motivate corporations to use the Northern Sea Route more actively and to further develop it.

A number of non-tax benefits are also available, including the possibility of establishing resident companies in some areas; their status would be similar to that of priority development areas and the free port of Vladivostok. A free customs zone and checkpoints open 24 hours a day are also envisioned. Investors will also be able to obtain land plots under a simplified procedure, and they will be subjected to shorter and less frequent inspections. Their interests will also be protected in court.