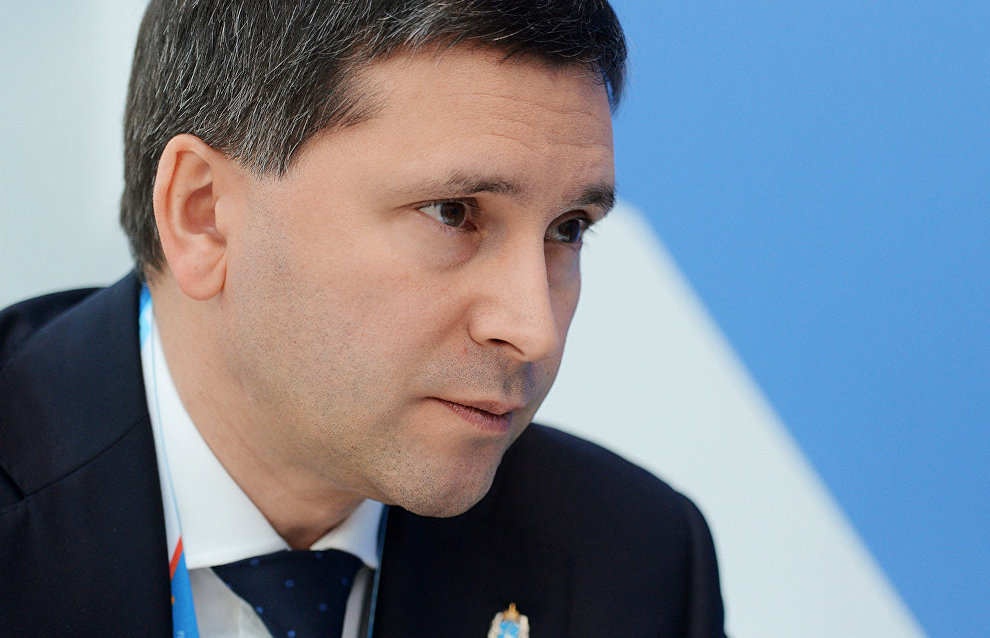 Minister of Natural Resources and Environment Dmitry Kobylkin believes that the bill on liberalizing access to minerals production on the Russian Arctic shelf, submitted by the Ministry for the Development of the Russian Far East and Arctic, has to be amended considerably.

"Today, it would be premature to talk about establishing a consortium of subsoil users because the bill, drafted by the Ministry for the Development of the Russian Far East and Arctic, has to be amended considerably," Kobylkin noted, while commenting on a question about a favorable market environment for setting up a consortium to develop the Arctic shelf.

On June 9, the above-mentioned bill, drafted by the Ministry for the Development of the Russian Far East and Arctic, was posted on the regulatory documents website. The bill calls for liberalizing access to Arctic and Pacific shelves from 2021 and allowing Russian and foreign companies to operate there. It also suggests selecting an agent company to represent the government's interests in the consortium involving other companies wishing to develop the shelf. The agent company would have a blocking stake in the consortium.

An organization wholly owned by the state can act as the Russian government's agent. This organization should either have the status of a Far East or Arctic development institution, or VEB.RF should be its only shareholder, the document notes. The Far East Development Fund is suggested as a prospective candidate.