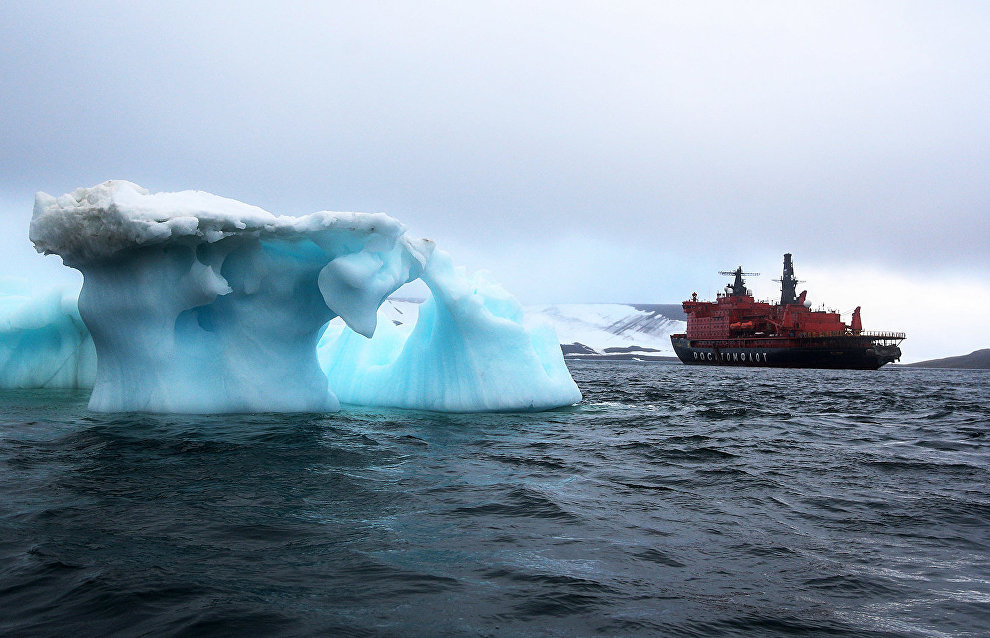 Roshydromet: two-thirds of the Arctic seas remain ice-free in summer

The time when unassisted navigation is possible on the Northern Sea Route has increased by three to four weeks. Two-thirds of the Arctic seas remain ice-free in summer, so ships have more route options, as more and more polar seas remain completely iceless.

According to climate models, the Northern Sea Route (NSR) will be completely cleared of ice, which means navigation along it will become year-round and will not require icebreaker assistance by 2050. Roshydromet climate monitoring service explained how the situation on the NSR has changed since the last century.

“All this taken together (the observed changes - ed.) suggests an improvement of ice conditions in the seas along the NSR in summer and a significant extension of the favorable (ice-free) navigation period by an average of 30 to 40 days,” Roshydromet reported.

The agency added that the changes typically include an increase in the intensity and a shift in the timing of the ice clearing early in the last decade compared to the 1970s and 1980s. The coastal and central regions of the seas now become completely clear 20-25 days earlier.

The experts also note greater ice-free areas in summer. In the 1970s and 1980s, the open-water area comprised one-third of ​​the Arctic seas at best, but in the last decade, two-thirds of the total water surface has been ice-free in summer. This means ships can use almost all of their standard routes (coastal, central and seaward). On average, this becomes possible at the end of July in the Kara and Laptev Seas; in mid-August in the East Siberian Sea; and in early July in the southwestern part of the Chukchi Sea.

“The later onset of the fall and winter ice processes is an important feature, which is due to the new type of ice formation and the occurrence of young sea ice. In the fall, ice processes now occur about 10-20 days later than the long-run annual average,” Roshydromet added.

However, the agency noted, despite the easy ice conditions, ice problems may still arise locally along the NSR route. This happens because of the heterogeneous distribution of the ice cover and the dependence of its position on hydrometeorological conditions (wind, temperature, drift, etc.) every year. Close ice, ice patches, and heavy ice tongues that impede navigation may persist. Such problems are usually observed in the Vilkitsky Strait and while approaching it, and in the eastern part of the East Siberian Sea (in the vicinity of the Ayonsky ice massif) where the Nina Sagaidak freighter was crushed and sank in 1983.