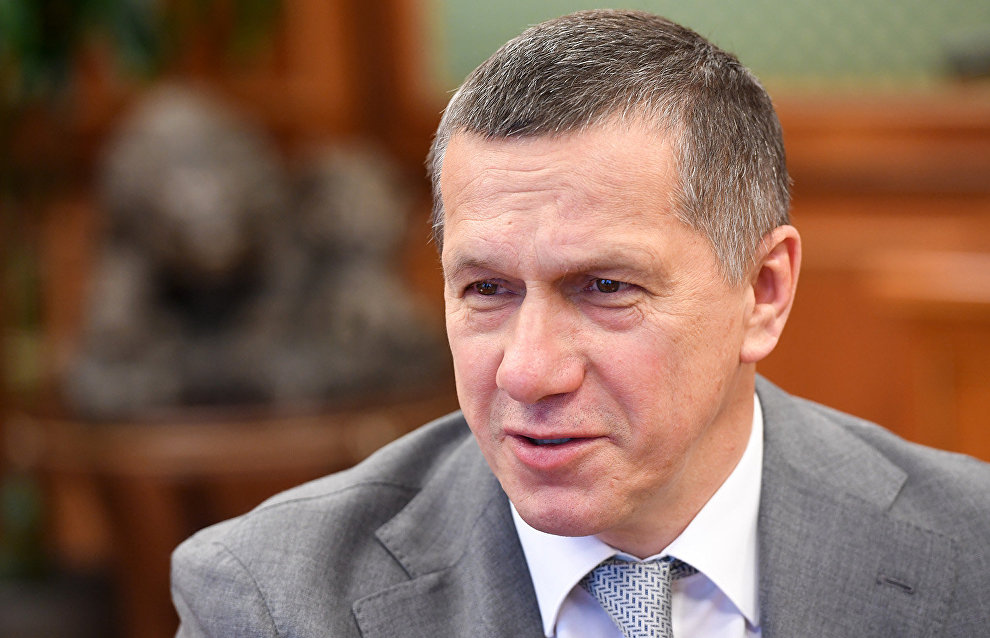 By 2024, the Northern Sea Route’s ports will be handling a total of 85 million metric tons of freight, according to Deputy Prime Minister Yury Trutnev.

He explained that the Northern Sea Route had 18 ports. “Three of them, namely, Pevek, Murmansk and Arkhangelsk, are being upgraded, and four more will be overhauled by 2024. Work is underway to build the Yenisei terminal, the Sever Harbor port and the Utrenny terminal at the port of Sabetta. Once they start operating by 2024, the Northern Sea Route’s ports will be shipping a total of 85 million metric tons of freight,” the deputy prime minister noted, while reporting on the implementation of the Arctic development strategy at the Federation Council.

Trutnev added that five nuclear-powered icebreakers were currently escorting ships in the Arctic Ocean. Four more Project 22220 icebreakers will enter service by 2026, and the first Lider-class icebreaker will start operating by 2027. There are also plans to compile a request for proposal (RFP) for the design and construction of four LNG icebreakers.

He noted that the ice class cargo fleet will expand more than three-fold by 2030. “It is necessary to build over 30 tankers, 40 bulk carriers and 22 container ships,” he added.

According to the deputy prime minister, three radar satellites will be launched by 2025 under the national space program for monitoring the ice situation. One meteorological monitoring satellite and four more spacecraft that will provide Arctic users with satellite communications and online access will also be orbited. One weather satellite is already circling the planet.

“The development of rescue systems and those for assisting vessels along the entire transport corridor has major significance for ensuring reliable and safe navigation. For this purpose, rescue stations will be established in Pevek, the port of Sabetta and the towns of Dikson and Tiksi, and the required aircraft will be purchased. The government has allocated 37 billion rubles for these purposes until 2026. Our main task is to provide the required assistance at any point of the route,” Trutnev said.

Ground freight transportation must be provided for the effective use of the Northern Sea Route.

The development of the Murmansk transport hub and the implementation of the Northern Latitudinal Railway One and Two projects will make it possible to merge the Northern Sea Route’s ports with Russia’s railway network.

The launching of regular container traffic in 2022 will become a new stage in developing the Northern Sea Route. This will make it possible to deliver fish and related products from Russia’s Far East to European Russia. Year-round high-latitude navigation is set to commence between 2023 and 2024.

“Speaking of competition with the Suez Canal, it should be noted that the Northern Sea Route is 40 percent shorter. At the same time, it handles 33 million metric tons of freight annually, with the Suez Canal shipping over one million metric tons per year. However, the Northern Sea Route’s traffic volumes are expanding steadily. We have to accomplish a lot in order to be able to compete with the Suez Canal. It is necessary to build icebreakers, to improve the transport infrastructure, to provide satellite communications, online access and weather forecasts, to detect ice formations using radar, to set up a rescue system and to build an Arctic fleet. Efforts to improve the quality of people’s lives in communities along the Northern Sea Route are an important task,” Trutnev noted.

In his report, Trutnev also added that Russia’s Arctic Council chairmanship will make it possible to formalize its status as a leading Arctic power.

“Our Arctic Council status will allow Russia to formalize its positions as a leading Arctic power. We are seeing substantial competition in this direction. < … > It is necessary to be proactive and to consolidate our positions, so that Russia would continue to permanently control its Arctic areas,” he said.