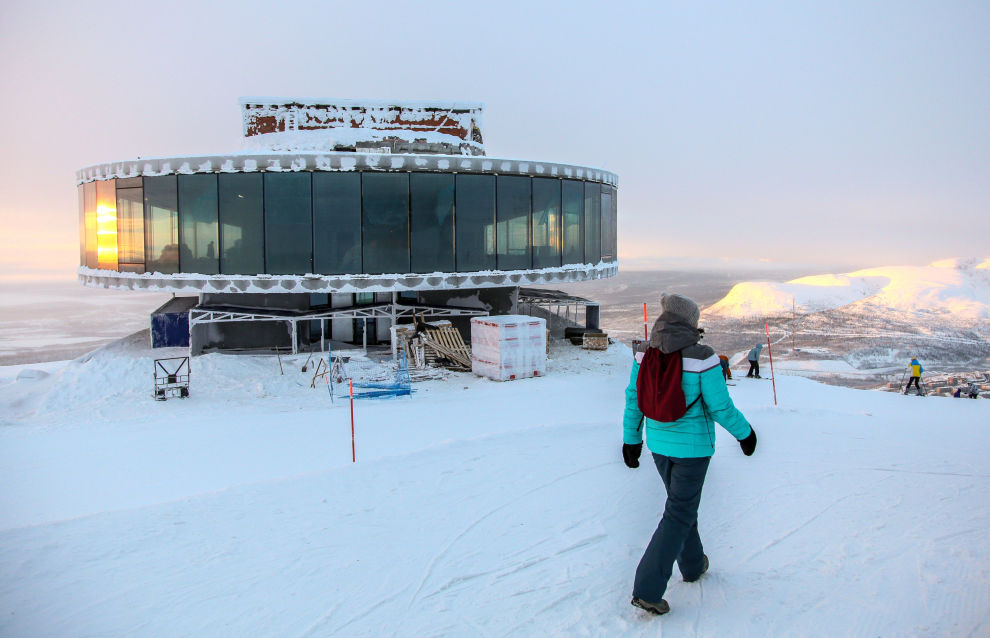 Arctic zone residents to create over 11,000 jobs in the region

Entrepreneurs who have received the status of Russian Arctic zone residents will spend over 311 billion rubles on implementing Arctic projects.

A year ago, the Government created a system of preferences for accelerating the region’s economic development. The business community responded eagerly to state support measures, with over 260 companies and self-employed persons using them to date. Over 19 billion rubles have already been invested in different sectors of the economy.

New businesses in the Russian Far North will offer over 11,000 new jobs, of which 1,000 have already been created.

“Just over a year has passed since the regime of the Russian Federation’s Arctic zone started operating. We are working consistently with regional governments and the Corporation for the Development of the Far East and the Arctic in order to facilitate all aspects of the regime’s operation and to make it more attractive for potential investors. Today, we have to focus on the following three systemic matters, namely, elaborating standard objective approaches toward evaluating resident-status applications; stipulating reduced insurance premium rates for the Russian Arctic zone residents, similar to the regimes of priority development areas and that of the Free Port of Vladivostok; and the approval of regulatory regional documents for ensuring the regime’s full-fledged operation,” the first deputy minister said, while opening the meeting.

The Murmansk and Arkhangelsk regions and the Republic of Karelia have attracted more Arctic zone residents under preferential regimes than other territories. They account for almost 80 percent of all registered residents, who have contributed over 250 billion rubles’ worth of investment.

In all, 93 Russian Arctic zone residents are registered in the Murmansk Region. Most companies implement projects in the area of small and medium-sized businesses and tourism. Regional authorities have introduced an additional three-year privilege for residents, who can pay reduced rates under a simplified taxation system.

Eighty-five residents are registered in the Arkhangelsk Region. These companies implement 87 projects and have invested 31 billion rubles in them. In all, 2,000 jobs are being created. Investors mostly prefer to borrow soft loans.

Thirty-three enterprises have resident status in the Republic of Karelia, and they implement projects worth 96 billion rubles. About four billion rubles have already been invested. The authorities are reviewing an additional 41 applications. The most popular preferences include compensation for insurance premium payment expenses and the receipt of land plots.

The Komi Republic has registered 12 enterprises as Russian Arctic zone residents. Their stated investment volumes total 1.6 billion rubles, and there are plans to create 500 jobs. Work is underway to build a plant for manufacturing calcium carbide and alloys. A café has opened in Vorkuta, and a project to modernize production facilities and to ensure the deep processing of reindeer meat is being launched. In all, 44 organizations have applied for the status of Russian Arctic Zone residents.

The Krasnoyarsk Territory accommodates another Russian Arctic zone resident, namely, the world’s largest project aiming to develop new Arctic oil and gas deposits. The total volume of investment in the project with the necessary infrastructure is estimated at over ten trillion rubles. Eight residents operate in the territory’s Arctic areas. Small and medium-sized businesses are entitled to regional tax preferences.

Russian Arctic zone residents in the Yamal-Nenets Autonomous Area are planning to invest almost 17 billion rubles and to create 4,500 jobs. They are implement projects in the fields of tourism, construction and consumer services.

Seven residents are registered in Chukotka, and the total volume of investment in projects is estimated at 2.8 billion rubles. There are plans to create 375 jobs. Work is underway to implement projects in such areas as construction, mining, air traffic, transportation, trade, medical services and tourism. The area stipulates minimal rates under a simplified taxation system, as well as regional profit and property breaks and standard land tax breaks. From January 1, 2022, it is intended to charge reduced land-plot lease rates for residents.

Six enterprises have the status of Russian Arctic zone residents in the Republic of Sakha (Yakutia). Additionally, several dozen business managers are studying the possibility of implementing projects under this preferential regime.

So far, only two residents are registered in the Nenets Autonomous Area. Seven new applications worth over 89 billion rubles are now being compiled.

Meeting participants reviewed proposals for improving the preferential regime. It was also decided to establish a headquarters at the Ministry for the Development of the Russian Far East and Arctic. The new agency will deal with the regime of the Russian Federation’s Arctic zone and will involve Arctic territories and the Corporation for the Development of the Far East and the Arctic.