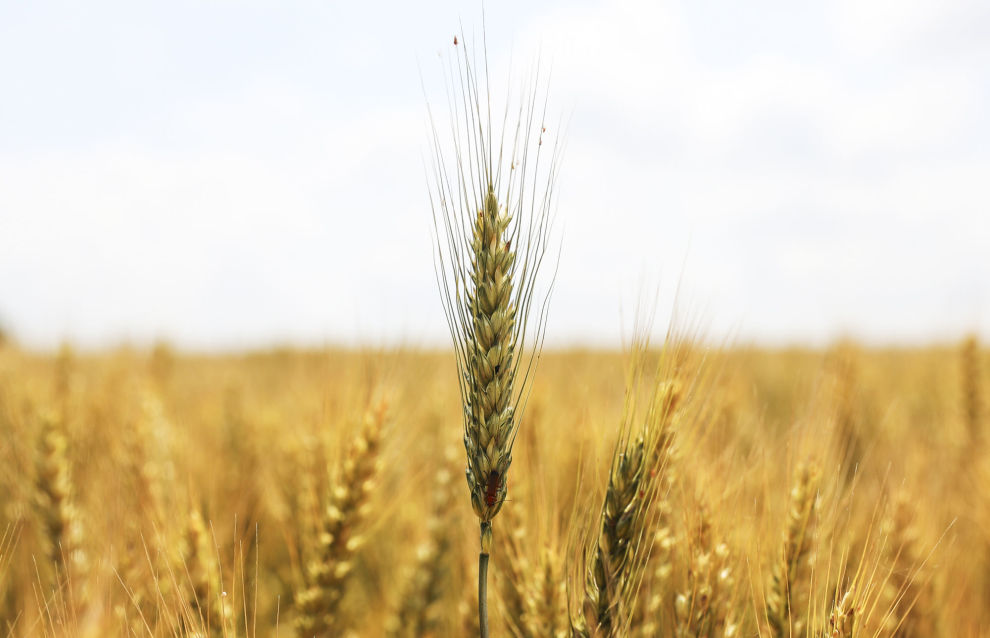 Russian scientists use bacteria to increase wheat yield by 30 percent

Scientists from Tyumen State University have found that treating wheat grains with a solution laden with permafrost bacteria increases the winter yield by 30 percent and significantly reduces fungus diseases in first-generation grain.

The versatile bioclimatic potential of the northern regions hinders the development of agriculture in these areas, university experts believe.

First, temperatures affect the growth of economically important crops. Periodic frosts cause cold stress in plants; they develop surface lesions, lose chlorophyll and hence color, age quickly and die. Second, the issue of disease in plants grown in Russia’s northern regions is no less relevant than in the southern regions.

“Some phytopathogens remain active even in the winter. In addition, due to climate change, plant disease infection agents from the south have begun to spread in the north,” says Olga Domanskaya, junior research fellow at the Institute of Ecological and Agricultural Biology (X-BIO). She said that chemical protection agents are currently mostly used to counter agricultural crops diseases. However, in the subarctic and moderate climates, the use of pesticides has certain downsides. The main one is that synthetic pesticides decay much slower in the cold climate and accumulate in the soil and in agricultural products.

Partial replacement of chemicals with biorational pesticides is a conventional strategy for agricultural producers. But the use of biopesticides also must be based on selecting agents that have been adapted to the local conditions.

Researchers from Tyumen State University note that, based on the current scientific data, it is possible to effectively use microorganisms that are resistant to cold (psychrophilic and psychrotolerant bacteria) and produce plant hormones and antimicrobial metabolites to improve plant growth and counter phytopathogens in unfavorable temperature conditions.

Permafrost, which is thawing because of climate change, can become a source of these useful microorganisms, the scientists say. The researchers studied the ability of the bacteria Bacillus spp., collected from the geothermal shafts drilled in permafrost, to have a stimulating and protecting effect on plants.

“The screening and selection of bacterial isolates was based on two criteria seen during cell growth in temperatures lower than minus 15 degrees Celsius: the production of gibberellins and auxins plant hormones that stimulate plant growth, and the ability to suppress the growth of pathogenic fungi. We have detected the antimicrobial activity of cold-resistant bacteria towards Microdochium, Fusarium и Alternaria,” Olga Domanskaya said.

A consortium of two Bacillus strains was created for field experiments. One strain produces plant hormones and the other suppresses plant pathogens. After treating wheat grains with the two strains, experts increased yields by 198.51 g/m² as compared with the control group. In addition, the use of the consortium has significantly lowered the infection level of first-generation wheat grains by pathogenic fungi.

“In terms of creating tools to control plant pathogens in agriculture, it makes sense to use biopesticides that contain endemic microorganisms as an active agent, that is, those adapted to the biotic community and climate where they will be used. In the northern regions with their low average annual temperatures, psychrophilic and psychrotolerant microorganisms have an advantage over bacteria that come from regions with different climatic conditions,” Olga Domanskaya concluded.

The results of the study have been published in the journal Agronomy.