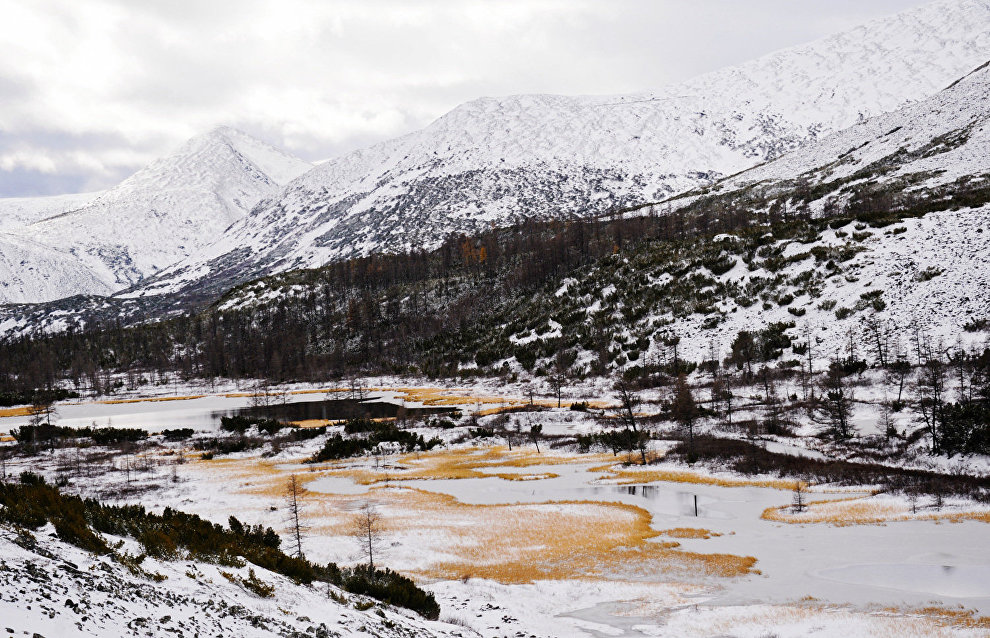 Yakutia with its natural and climatic conditions can serve as a base for unique research projects in various areas ranging from bio-medicine to space exploration, according to President of the Russian Academy of Sciences Alexander Sergeyev.

In an interview with a RIA Novosti correspondent during The Arctic: Territory of Dialogue 5th International Arctic Forum, Sergeyev said that most Arctic regions were one huge area for hosting all kinds of research projects. By way of example, he mentioned Yakutia where annual temperature fluctuations may reach 100 degrees, ranging from abnormally low winter temperatures to scorching hot summer heat waves.

"For example, the republic can accommodate space exploration projects as well as those in the interests of Russian industry. It is very important to study the properties of materials of various structures and buildings, including gas pipelines, during such temperature fluctuations," he explained.

On the theme of permafrost, he noted the need to study the influence of its thinning layer on safety. "Yakutia can accomplish other very interesting tasks, including the creation of a national cryo-bank, as well as matters linked with human health in extreme conditions and energy supplies," Sergeyev said.

"To my mind, Yakutia should focus on the creation of new academic centers. For example, people in the republic are talking about setting up a new center in Oimyakon where the Pole of Cold is located. Its specialists will study the properties of structural materials and human health. This will be a major regional and, maybe, federal project. We will do our best to facilitate it," Sergeyev added.