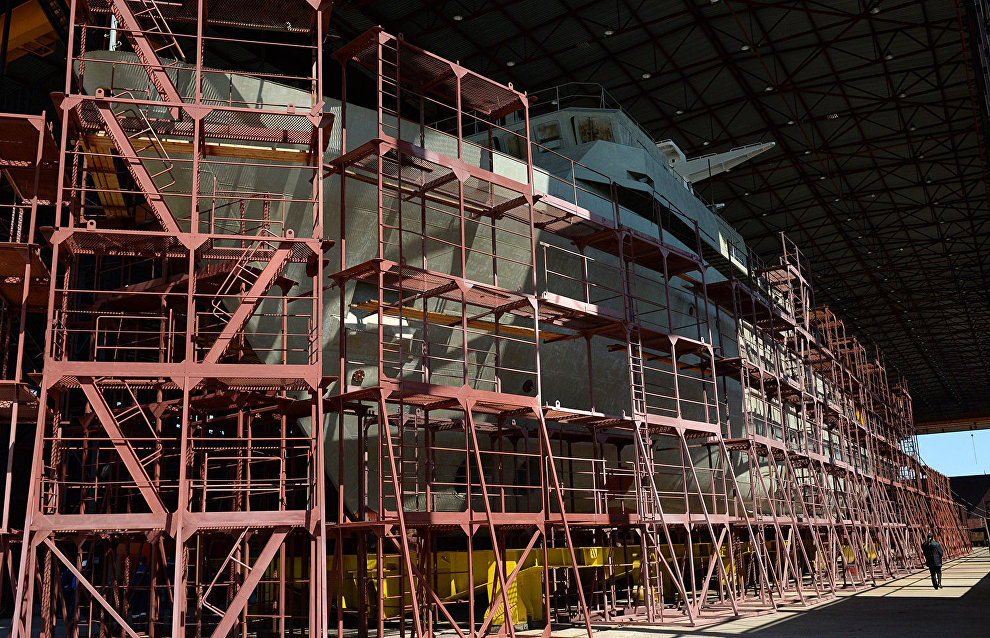 United Shipbuilding Corporation (USC) intends to buy exoskeletons for the virtual testing of ship assembly, Vice President of the corporation Dmitry Kolodyazhny told RIA Novosti on the sidelines of the Arctic forum.

"The virtual reality technology is so advanced now that we will be able not only to see but also to ‘touch' the ship that has not been built yet. Right now the Center for Shipbuilding and Maintenance is testing an exoskeleton. When you put it on, with goggles, it creates the anti-load that allows you to assess and experience the assembly technology and whether it is easy and convenient to assemble," Kolodyazhny told the agency.

"The technology will eliminate certain errors, for example, when during the assembly process it turns out that two people have to carry 200 kg somewhere."

Kolodyazhny added that after the Center develops algorithms and assesses all opportunities for using exoskeletons, the tested solutions will be supplied to the USC design bureau.