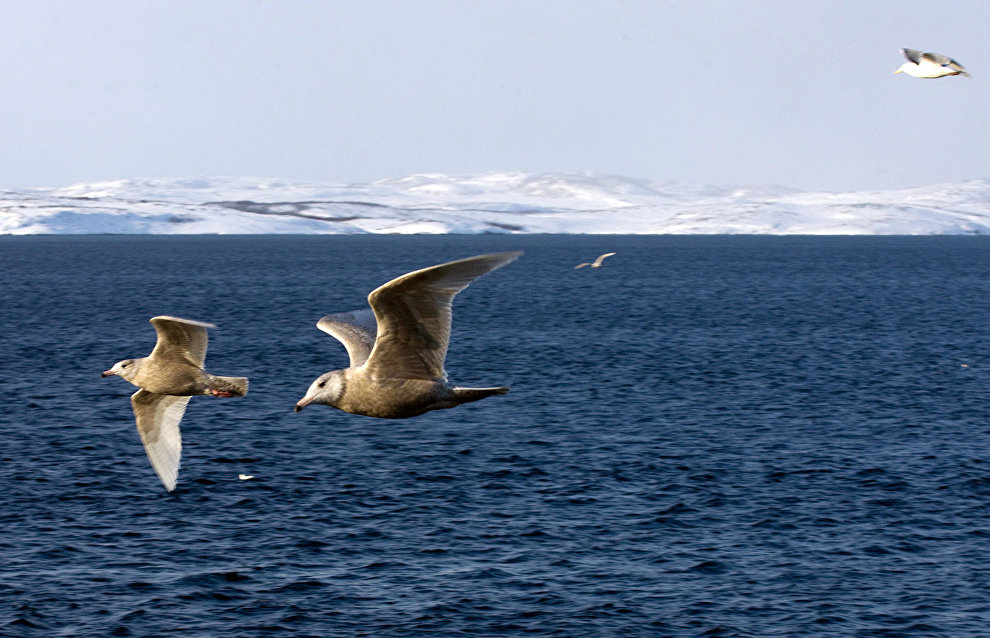 "In January, public hearings were held in the village of Mezhdurechye during which the project was approved by the population and now awaits a federal-level state environmental assessment. In May 2017, there are plans to launch the practical phase of the Retinskaya Guba clean-up," the minister said.

The salvage of one vessel requires from 10 million to 115 million rubles, Makarova pointed out.

According to the region's Natural Resources and Environment Ministry, the dumping of wrecked ships in Kola Bay and the coastal area have caused pollution. Heavy metals and dangerous chemical substances have been detected at the seafloor, making the bay the most vulnerable area of the Barents Sea.

Vladimir Khandobin, head of the project office Eliminating the Arctic's Nuclear Heritage of the Federal State Unitary Enterprise "Radioactive Waste Management Enterprise RosRAO" (part of the Rosatom Corporation), told a government meeting that 102 vessels are on the list of submerged and sunken vessels off Kola Bay, of which 52 are in the coastal area and 50 in the water. He said the Teriberka ship, which sank in Kola Bay over 20 years ago, is to be raised first.

"The Teriberka ship, which sank in 1993 and which now lies in the central part of the bay, poses much danger as it presumably contains from 50 to 60 metric tons of fuel," Khandobin noted.

Khandobin estimates that with federal funding of 700 million rubles, it would be possible to raise 25 sunken vessels, including the Teriberka, within three years, and to clear Retinskaya Guba and the area of water near the concrete plant in Severomorsk.