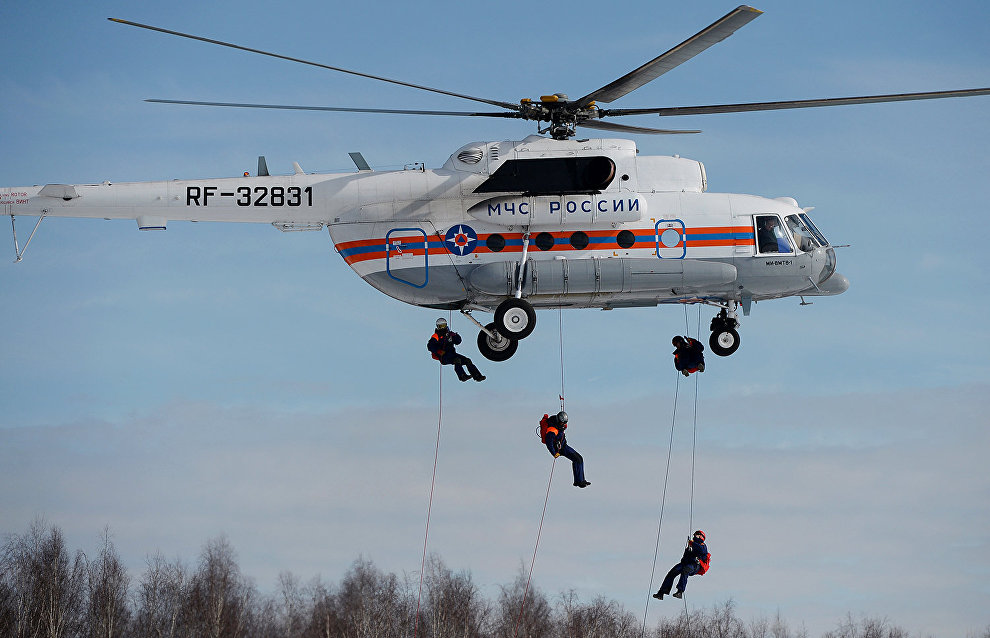 The Russian Emergencies Ministry will finish setting up regional search and rescue units in the Arctic by the end of 2020, Maxim Maksimenko, acting director of the Department of Readiness of Forces and Special Fire Protection, said at the ministry's board meeting.

"The development of the Arctic component is one of the priorities for the Russian Emergencies Ministry in 2016-2020 to protect the population and the territories of the Arctic zone," TASS quotes Maxim Maksimenko as saying.

He noted that five centers have already been set up in Naryan-Mar, Dudinka, Arkhangelsk, Murmansk and Vorkuta, which employ a total of 276 staff. "Four more rescue centers — in Tiksi, Anadyr, Pevek and Sabetta — are to be completed before the end of 2020," he said.

He also underscored that the Arctic units proved to be essential. "The number of emergencies in the Arctic has dropped by over 20 percent in the past five years," Maksimenko reported.

He noted that in 2017, the Arctic rescue centers conducted over 1,500 search and rescue operations, saving over 1,800 people.