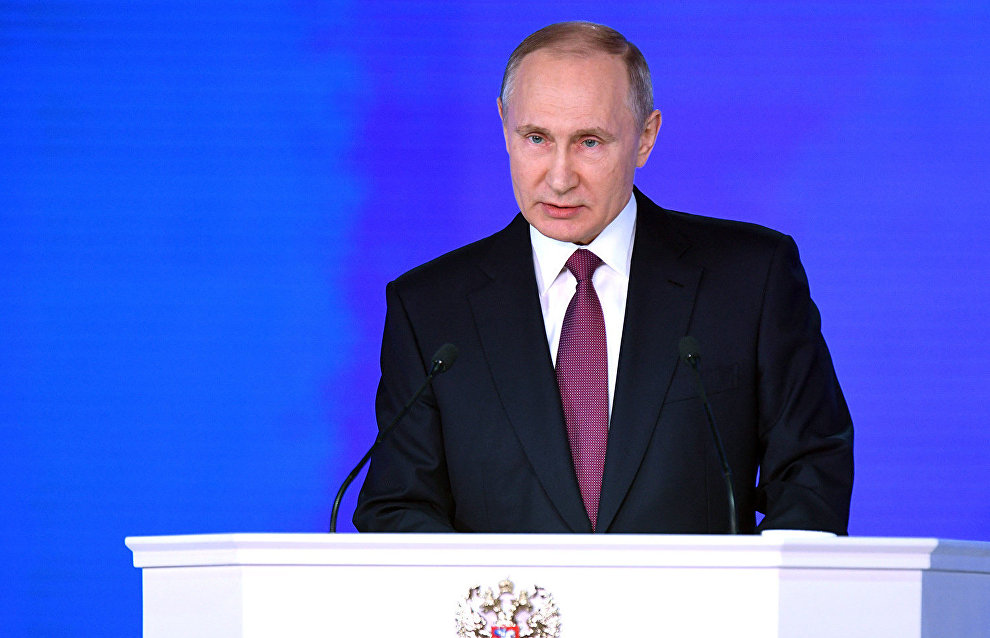 Putin: Freight traffic on the Northern Sea Route to increase by ten times by 2025

Vladimir Putin said the Northern Sea Route (NSR) will be the key to developing the Russian Arctic and Far East. By 2025, freight traffic along this route will surge tenfold by 2025, the President said in his address to the Federal Assembly.

"The Northern Sea Route will be the key to developing the Russian Arctic and the Far East regions. By 2025, its freight traffic will increase tenfold to 80 million tonnes. Our goal is to make it a truly global and competitive transport corridor," the President said.

He recalled that the NSR was used more actively in Soviet times compared to how it has been used in the past several years. "We will definitely develop this route and reach new horizons. I have no doubt about it," the President said.

He went on to say that a number of large-scale industrial projects have been launched in the Arctic, which comply with the highest environmental standards. "We are strengthening the research, transport, navigation and military infrastructure, which is expected to reliably guarantee Russia's interests in this strategically important region," he noted.

"Russia builds cutting-edge nuclear icebreakers. We have had the most powerful icebreaker fleet in the world, and this will remain so," the President said.