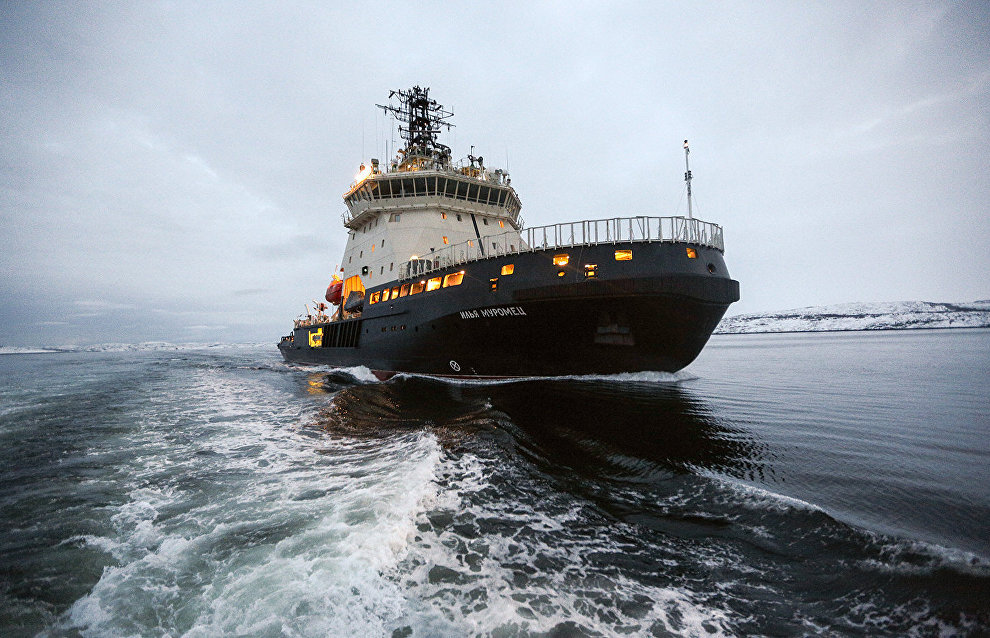 On April 12, tests of the Northern Fleet's icebreaker Ilya Muromets got underway in the eastern sector of the Barents Sea, according to fleet press service chief Vadim Serga.

"The Northern Fleet's state-of-the-art diesel-electric icebreaker Ilya Muromets is now being tested in ice formations in the eastern sector of the Barents Sea. The vessel has approached the ice boundary the location of which matches the average data obtained during long-term observations," Serga said.

According to Serga, local sea-ice formations are anything from 50-100 centimeters thick, and their concentration is between 9-10 points. "The tests are to last until late April, with the vessel later sailing back to Murmansk," he explained.

The icebreaker will considerably expand the fleet's logistics support capabilities during Arctic operations. "Its first expedition via the Northern Sea Route, also involving warships and supply vessels, is scheduled for 2018," he added.

The icebreaker Ilya Muromets was built at the Admiralty Shipyard in St. Petersburg, entered service with the Russian Navy on November 30, 2017 and joined the Northern Fleet January 2, 2018. Its main specifications are as follows:

The multirole icebreaker that has a helipad, a 26-ton crane and a towing system can conduct research, transport, rescue as well as other operations in the Arctic.