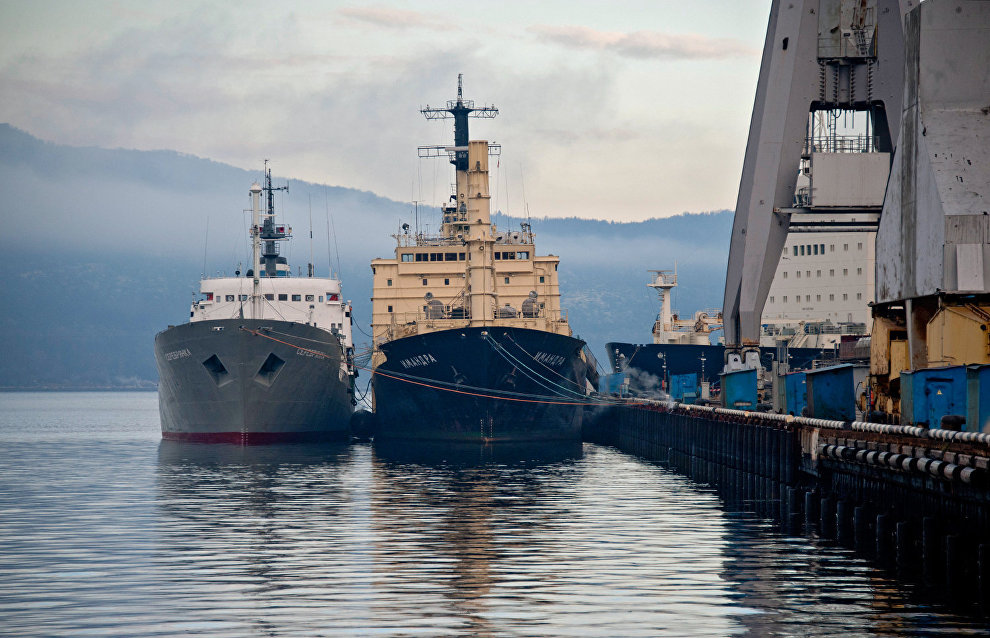 The Russian Ministry of Transport and the Rosatom State Nuclear Energy Corporation have so far failed to agree on their administrative function sharing in the management of the Northern Sea Route, with Rosatom looking to operate the route, Viktor Olersky, who is Deputy Minister of Transport and Head of the Federal Agency for Sea and Inland Water Transport, told Interfax news agency.

"Rosatom and we are divided on just one issue, the management of the Northern Sea Route and the issuance of local navigation permits. Today, the Northern Sea Route's administration is currently subordinate to our agency. We see this as a regulatory function, and Rosatom believes that it would be more convenient if they issue navigation permits because the corporation also has its own fleet that escorts other vessels," Olersky said after a meeting of the presidium of the State Commission for Arctic Development.

"I would like to note that we have leased out virtually all our piers under long-term contracts, they are managed by sea transport infrastructure company Rosmorport and are used by legal entities. Understandably, normal legal entities will not have to terminate lease contracts. This is out of the question. Speaking of the sea transport infrastructure, the future of ports and terminals, the scenario remains the same: Those who built the infrastructure will own it, probably including Rosatom," Olersky explained.

In 2017, Rosatom drafted a federal law authorizing it to manage and oversee Northern Sea Route shipping. The draft document will be submitted to the State Duma soon, Russian Deputy Prime Minister Dmitry Rogozin told participants in a meeting of the State Commission for Arctic Development on Tuesday.