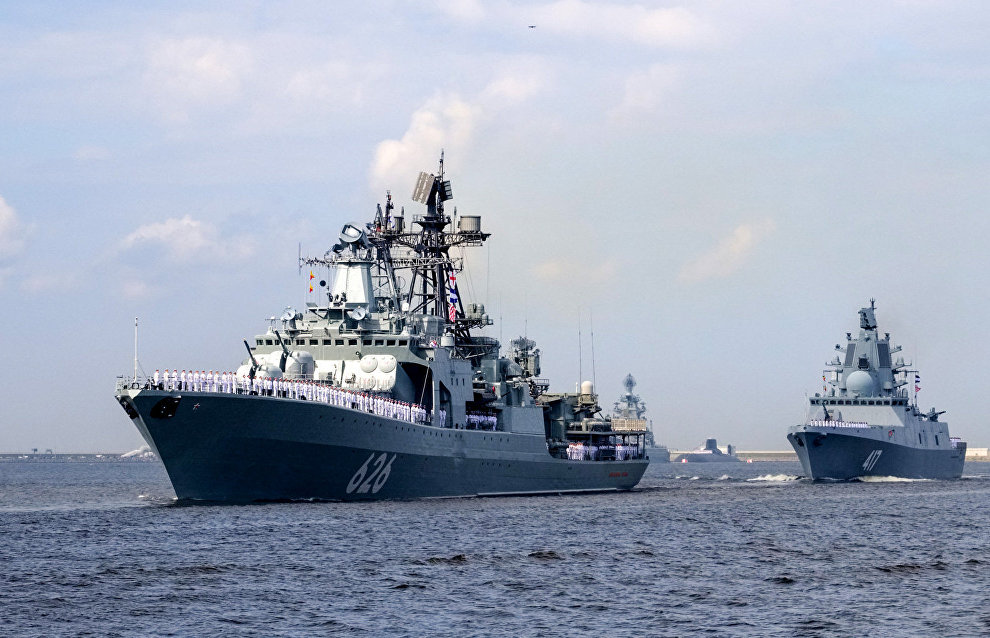 "Today, a squadron of Northern Fleet warships and auxiliary vessels has entered the Laptev Sea as part of its Arctic voyage. The day before, the squadron met with the 50 Let Pobedy (50 Years of Victory) nuclear icebreaker, which helped the ships to pass through hazardous stretches of ice in the Matisen and Vilkitsky straits. The ships followed the icebreaker in a column: first the large antisubmarine ship Vice Admiral Kulakov, the flagship, next the large landing ships Alexander Otrakovsky and Kondopoga," he said.

According to Capt. Serga, the Northern Fleet's diesel electric icebreaker Ilya Muromets was leading the group of support ships. The route was chosen at a safe distance from the ice field and drifting ice and a Ka-27PS helicopter reconnoitered the area before the passage.