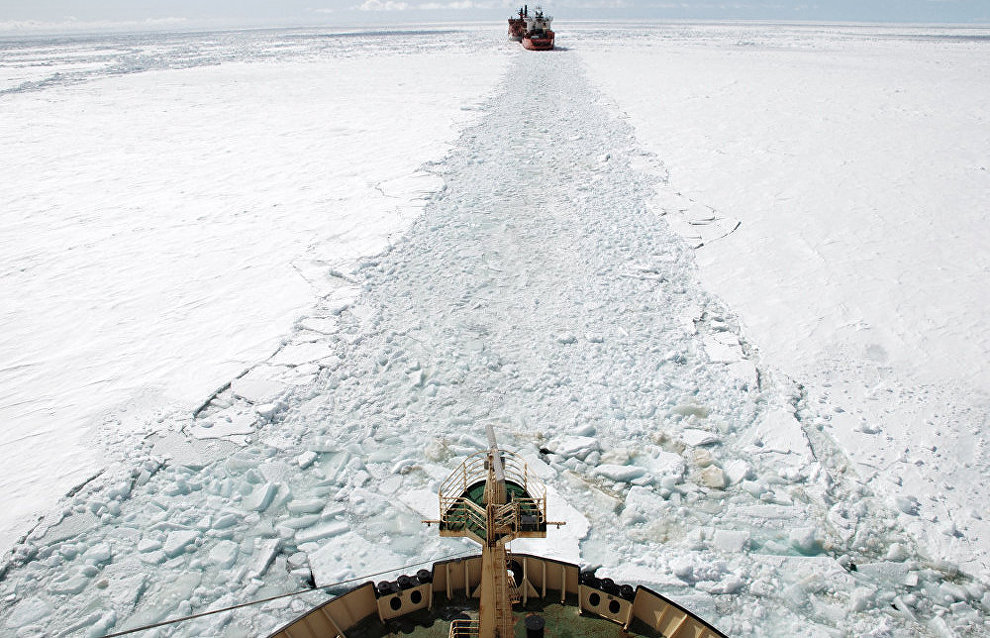 The Lazurit Design Bureau in Nizhny Novgorod is developing an extremely long range drone to navigate the Northern Sea Route, according to Deputy General Director of the Foundation for Prospective Research Igor Denisov.

The drone is called Sarma, and a prototype with payload has been built. Over the next few years the design bureau will construct three prototypes and then test them in the Black Sea. It is planned that they will navigate the entire Northern Sea Route — 10,000 km under ice — by 2023.

According to Project Group Head Viktor Litvinenko, the engineers are developing a motor with an anaerobic power unit, which would be more efficient and environment-friendly than a nuclear unit. It will make navigating the Northern Sea Route safe, including when used for seismological exploration.

"We need to cover such a long distance without errors, without rising to the surface, without communication with space satellites or the rest of the world, using only our own navigators. It will be a real breakthrough," Litvinenko added.

The Foundation for Prospective Research was established in 2012 to promote scientific research and innovation in three main areas: chemical, biology and medicine; physics and engineering; and information. The National Center for Technology Development and Robotics Basic Elements opened in 2015. The foundation is working on more than 50 projects, with over 40 labs created for them at leading universities, research centers and defense enterprises.