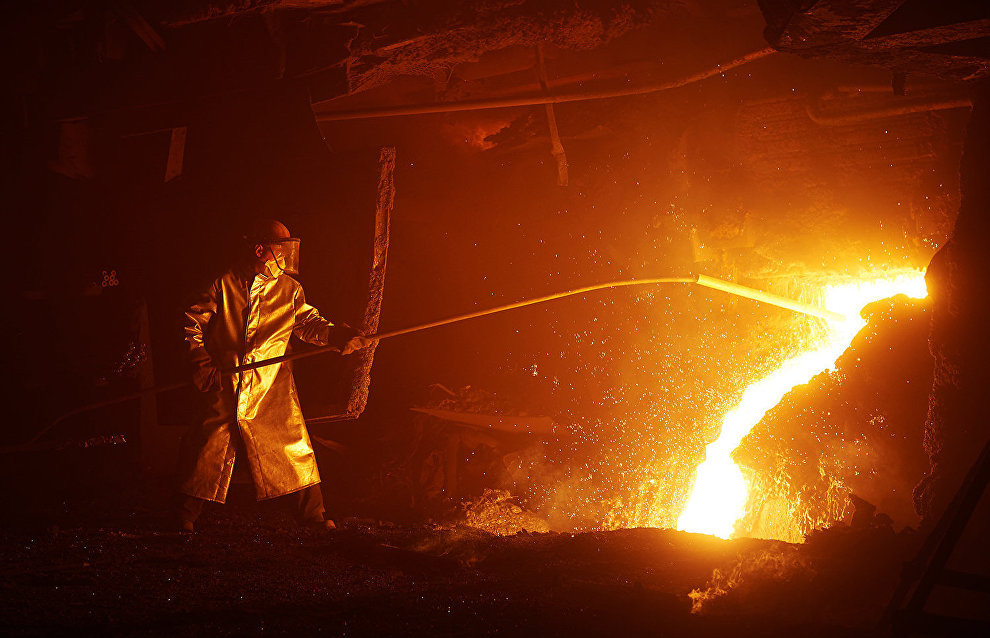 Steel for the Arctic: Scientists are developing a new extra-strong alloy

Scientists at South Ural State University have tested a new technology for processing steel that would be more suitable for the oil industry in the Arctic. This method, tested in laboratory conditions, makes it possible to produce high endurance steel with extreme toughness that will also be cheaper to produce.

"Steel has several important characteristics, primarily endurance and high resilience. During the oil production process, steel pipes can expand under heavy pressure and develop horizontal splits that can spread for dozens of kilometers. Another challenge is that steel pipes must have high resistance to corrosion and mechanical wear. At the initial stage of oil production, water is used to increase pressure. As it is pumped out of a well it may contain stones, sand and salt. These abrasive materials can wear away the inner surface of pipes mechanically and chemically. As a result, the pipes become thinner and start to develop cracks. This is why the metal used in the pipes must have high resilience and endurance," said Dzhalal Mirzayev, PhD (physics and mathematics) and professor in the department of physics of nanosized systems at the Institute of Natural and Exact Sciences at South Ural State University.

He said that the production of hard steel that can be used in the Arctic oil industry is one of the main challenges for scientists today. Oil production is gradually moving north and the development of the continental shelf and the bottom of the Arctic Ocean in inevitable. Steel that can endure extremely low temperatures in the Arctic, down to —70°С, is needed for these conditions.

Today, steel that has over 13 percent chromium is used in oil pipelines. It is corrosion resistant but does not have enough ductility. Researchers at South Ural State University are working with a material that contains 0.13 percent carbon, 13 percent chromium and 2 percent nickel. They are trying to develop a technology that would allow them to achieve the required mechanical characteristics of steel without the addition of costly metals.

So far, the new technology has only been tested in laboratory conditions at one of Russia's largest plants, the Chelyabinsk Pipe Rolling Plant.