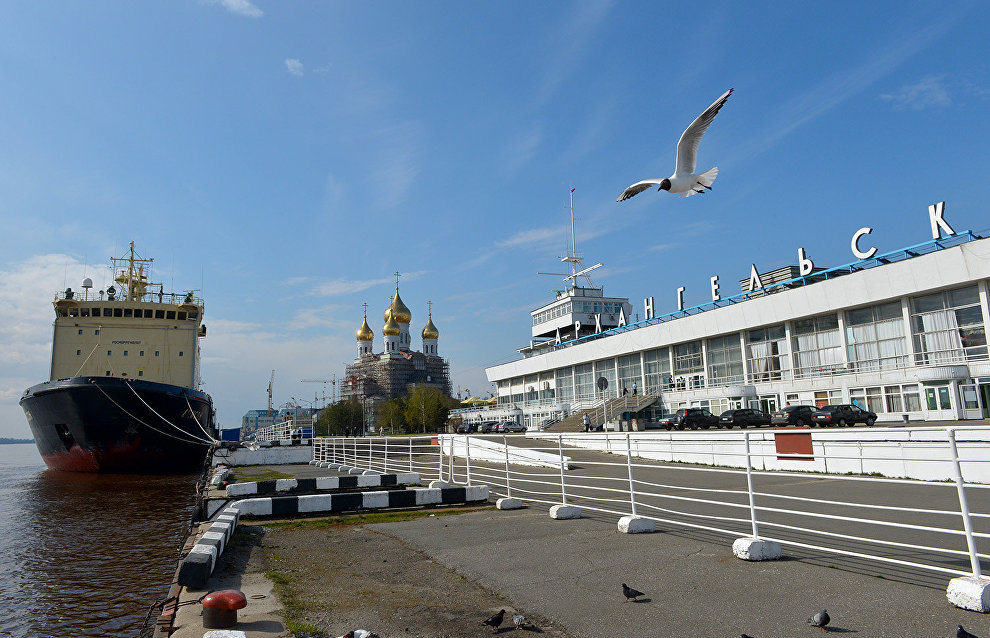 Russia's Ministry for the Development of the Far East and the Arctic and the Ministry of Healthcare are planning to support the creation of a research and education center at Northern (Arctic) Federal University and also an Arctic healthcare center at Northern State Medical University. Both centers will be established in Arkhangelsk and will train specialists and conduct research projects throughout the Russian Arctic.

"Northern (Arctic) Federal University has a competitive infrastructure. I can confidently say that the Arctic has no other higher education institution with the same technical equipment levels, research facilities and lecturers. We will therefore expand the university as an Arctic development institution," Deputy Minister for the Development of the Far East and the Arctic Alexander Krutikov told journalists after his two day visit to the Arkhangelsk Region.

According to Krutikov, Northern (Arctic) Federal University will be instrumental in drafting a program of fundamental and applied research in the interests of Arctic development.

"Today, we need to draft a university development program more comprehensively, all the more so as we are planning to rely on it as a key center for training Arctic specialists," Krutikov noted.

Krutikov also inspected Northern State Medical University while visiting the Arkhangelsk Region. "Our colleagues from the Ministry of Healthcare and we have agreed that it is necessary to establish a federal Arctic medical center at this university," he added.

An agreement has already been reached on establishing a personnel training center at Northern State Medical University this year, due to a shortage of doctors in the Arctic zone, he noted. There are also plans to draft a number of programs for increasing the average life expectancy, reducing the incidence of disease, primarily cancer and cardio-vascular disorders, and infant mortality rates.

It is also intended to set up an innovation laboratory facility, a clinic and campus for lecturers, scientists and students, including specialists from other Russian regions and from abroad.

The creation of genetic profiles for the local people and the development of personalized medicine will become a key tool for accomplishing these tasks, Northern State Medical University Rector Lyubov Gorbatova noted. The center will also develop Russian-made medical test kits and biochips, including those for the early diagnosing of malignant tumors. Reestablishing the profession of ship's doctor will be another important task. Northern State Medical University's multirole accreditation and simulation center will help accomplish these objectives, and future doctors will practice various medical procedures ranging from first aid to complicated abdominal surgery there. Hi-tech humanoid robots will act as patients, with software displaying symptoms of various diseases. The condition of these "patients" will change, depending on specific treatment and the drugs being administered by doctors; and computers will monitor their actions.