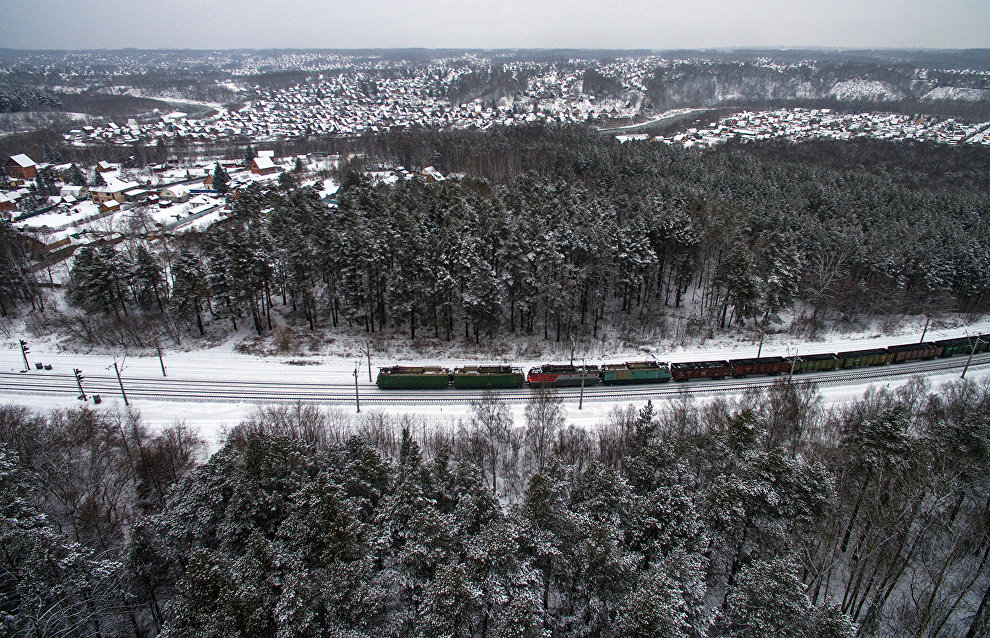 The participants in the second field season of the Russian Geographical Society expedition Transpolar Mainline installed geothermal monitoring posts in the Yamal-Nenets Autonomous Area and the Krasnoyarsk Territory, which will help determine the feasibility of building the Korotchayevo-Igarka-Norilsk railway.

"The expedition members traveled 3,800 km, covering about 3,000 km on snowmobiles. Their route seldom ran along rare winter roads, but mainly traversed virgin snow, the ice of the Turukhan and Yenisei rivers, and the mountains located between Snezhnogorsk and Norilsk. The temperature along the route ranged from minus 30 to plus 5 Celsius, and the group encountered a serious snowstorm several times. But, despite all the difficulties of the route, the researchers met the challenge," the press service of the Russian Geographical Society reported.

As part of their study, the specialists checked readings of geothermal monitoring posts at 19 control points of the prospective line, which were installed last autumn during the first field season of the expedition. In addition, the project participants installed two new geothermal monitoring posts — at the southernmost point of the study area near the village of Krasnoselkup and at its northernmost point — near the town of Dudinka. The scientists will now have more data about the study area. Also, the expedition participants took soil samples for laboratory study.

"The expedition area can be imagined as a huge triangle with peaks in Urengoi, Turukhansk and Norilsk. The length of the shortest, southern side of this triangle is at least 500 kilometers. The Arctic Circle runs just about through the middle of this triangle, but there are practically no roads inside it, only winter roads, which connect oil and gas fields to each other in the cold season. To fully explore the possibilities and specific aspects of building a railway on this territory, the RGO specialists installed geothermal monitoring posts in its most diverse areas, which are sometimes extremely difficult to access," said Sergei Chechulin, head of the expedition department of RGO's executive directorate.