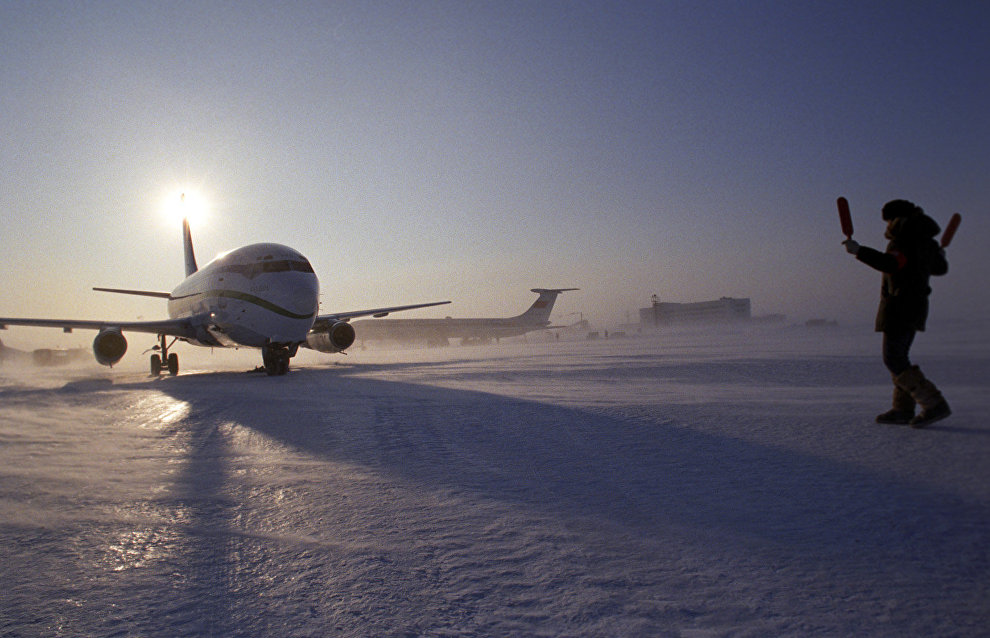 A new all-weather runway is being built at the Nagurskaya airfield of the Northern Fleet on Alexandra Land Island, Franz Josef Land Archipelago. Despite the ongoing construction work, it is already being used.

"The commissioned runway is suitable for most aircraft that are in service with the Russian Aerospace Forces and naval aviation of the Russian Navy," the fleet's press service reported.

According to the construction plans, the length of the runway will be increased by another kilometer, which will make it possible for all types of aircraft, including heavy long-range bombers to take off and land, on Alexandra Land Island.

It was also pointed out that Ilyushin IL-76 transport aircraft, which provided airborne landing exercises in the Arctic, had already used the Nagurskaya airfield.