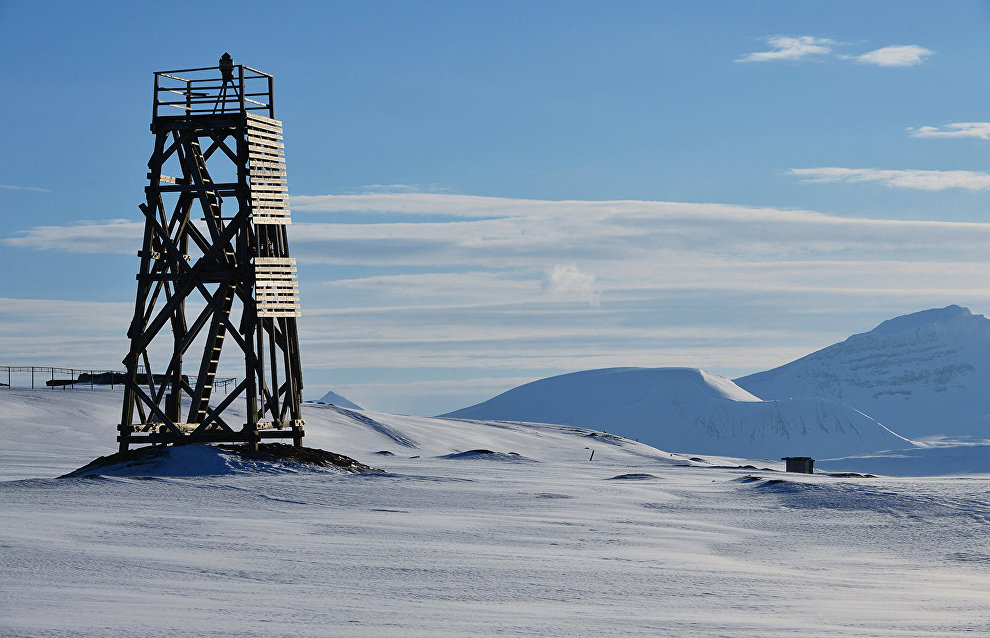 The first site for studying permafrost as well as an area for testing technology designated for the development of the Arctic have been opened on the Spitzbergen (Svalbard) Archipelago.

"In 2016 scientists from Roshydromet's Arctic and Antarctic Research Institute started their work on establishing a permafrost research site near Barentsburg, which is now complete. It is the first Russian permafrost site in the high-latitude Arctic," said head of Roshydromet Igor Shumakov.

He also specified that the range has thermometric wells, a site for monitoring the seasonally thawed layer, wells for monitoring underflow unfrozen pockets and a set of meteorological equipment. And at the bottom of the fiord, a 150-meter long string with temperature and resistance sensors to monitor formation of a seasonal submarine cryolithic zone has been installed.
Scientists have also worked out a set of geophysical methods for studying such permafrost phenomena as hydrolacolithes.

"They are frost mounds with an ice nucleus, reaching up to 40 meters high on Spitzbergen, and capable of lifting and taking massive rocks to the surface. This phenomenon is not only interesting in itself, but also important in terms of appraising the risks associated with permafrost degradation; if you remember that the Yamal crater phenomenon resulted from the explosion of such a mound," noted Shumakov.

He explained that the permafrost site on Spitzbergen is becoming a place for the testing of technologies intended to develop the cryolithic zone (area of frozen ground), which will be required in Russia.