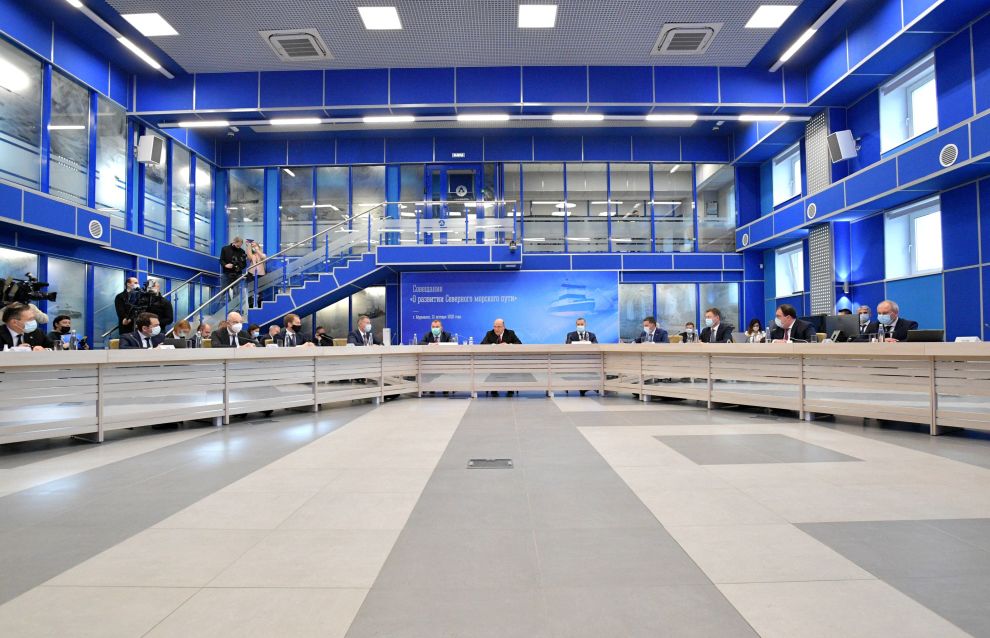 On October 21, Russian Prime Minister Mikhail Mishustin chaired a meeting on developing the Northern Sea Route during his working trip to the Murmansk Region.

Addressing the attendees, he noted that the Northern Sea Route was one of Russia’s key advantages in the Arctic. “Freight is delivered here all year round despite the extremely difficult meteorological conditions. We are expanding annual traffic volumes. Despite the current restrictions in international trade, this volume totaled 24.5 million metric tons in the nine months of 2020 <…> And I would like to point out that we consistently create conditions for expanding the freight traffic potential. We are implementing a whole range of measures which are part of a plan to expand the Northern Sea Route’s infrastructure over a period of the next 15 years. This is a very serious and ambitious program,” Mikhail Mishustin explained.

He also added that liquefied natural gas (LNG) shipments accounted for about 65 percent of all freight traffic today via the Northern Sea Route. LNG manufacturers are eligible to numerous privileges and preferences, including zero mineral extraction tax rates and a decision to charge zero VAT on high-seas transshipments and icebreaker escorts.

“The nuclear icebreaker fleet is Russia’s competitive advantage. And, of course, its expansion amounts to substantial investment in the future.  First of all, this spurs Russian and regional economic development. Four more icebreakers, designed using modern innovative technologies, are to join the icebreaker Arktika within the next five years. The Baltic Shipyard in St. Petersburg is already building them. A contract for building the lead universal nuclear icebreaker Lider has been signed. This extremely powerful ship will make it possible to use the Northern Sea Route all year round. It is important to use the entire potential of this route linking Europe with Asia as it’s the shortest way,” Mikhail Mishustin noted.

The Russian Prime Minister also emphasized that the new freight transshipment infrastructure, now being established, would serve as a base for expanding international transit shipments. It is necessary to expand port facilities, the emergency rescue infrastructure and navigation, to ensure navigation safety and to be able to provide emergency medical treatment for ship crews. Moreover, reliable communications must be ensured along the entire Northern Sea Route.

“It is necessary to use the most diverse tools, including public-private partnership, for expanding this region’s infrastructure. At the same time, we need to ensure environmental safety, keeping the particularly fragile Arctic environment in mind,” Mikhail Mishustin said in conclusion.