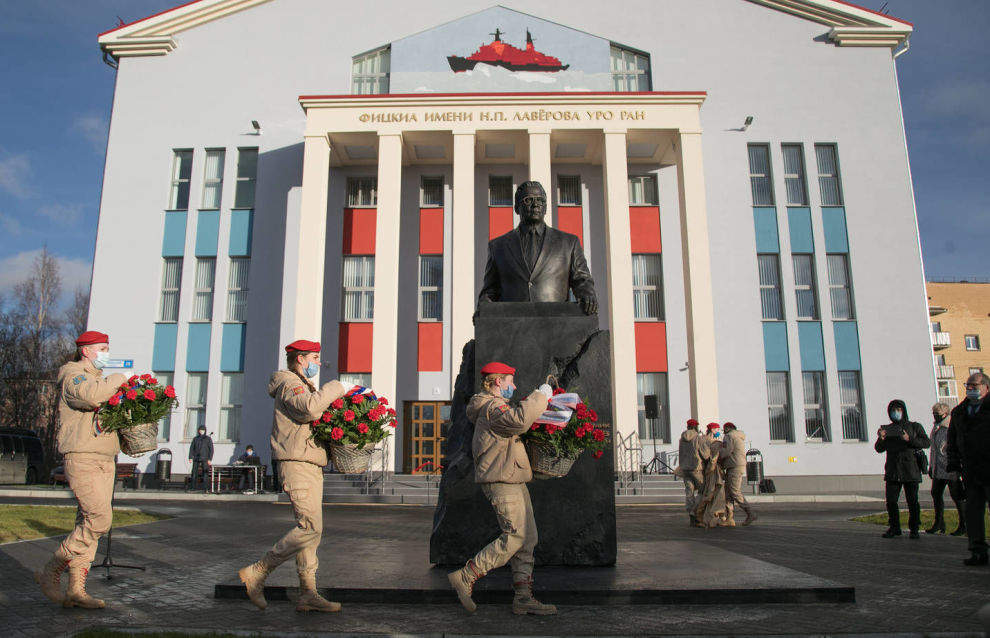 A ceremony was held to unveil a monument to Academician Nikolai Lavyorov and open a new research and laboratory wing at the Federal Center for Integrated Arctic Research of the Ural Branch of the Russian Academy of Sciences took place in Arkhangelsk. The ceremony was attended by Russian Minister of Science and Higher Education Valery Falkov who is in the region on a working visit, Arkhangelsk Region Governor Alexander Tsybulsky, Chair of the regional legislature Yekaterina Prokopyeva, and representatives of the academic community.

“We are unveiling a monument to Nikolai Lavyorov during this difficult time, when Russian science is facing challenges in Arctic research, and everything Arctic-related is symbolic. Today, Russian science is focusing on the Arctic, and Arkhangelsk Region scientists are making a significant contribution to its development,” Valery Falkov noted.

The monument to Academician Nikolai Lavyorov was put up under the initiative of the Arkhangelsk Region government and the interregional public Lomonosov Foundation. It was sculpted by artist Vitoria Tishchenko.

“This monument is not just a way to immortalize a great scientist but it is also a way to confirm historical accuracy. Nikolai Lavyorov is a global figure. It is largely due to him that we are opening a new research center today: he did a lot for the Arkhangelsk Region to become a scientific center to study the Arctic,” Alexander Tsybulsky noted in his remarks.

It is noteworthy that the Lavyorov Federal Center for Integrated Arctic Research was built under President Vladimir Putin’s direct instructions who supported the initiative of the interregional public Lomonosov Foundation board members to build a specialized building for Arctic research in Arkhangelsk.

The newly opened building is the first powerful academic complex in the Arctic aimed at fundamental, exploratory and applied research. The officials toured the new center. The four-story building is 5,400 sq m in total. It includes laboratories for studying modern and important problems in the Arctic: Institute of Environmental Problems of the North (IEPN) chemical labs, Institute of Biogeography and Genetic Resources labs, and Institute of Geodynamics and Geology labs, agencies of the Institute of Integrated Arctic Studies, and research facilities for the Arkhangelsk Research Institute of Agriculture. There is also room for a botanical garden and a museum.

The Global Problems of the Arctic and Antarctic national scientific conference with international representatives opened in Arkhangelsk on the same day. The forum will be held November 2–5 and also be dedicated to Lavyorov.

The forum will be held both online and offline: with experts’ direct participation and streamed speeches and reports. Detailed program can be found on the forum’s website.