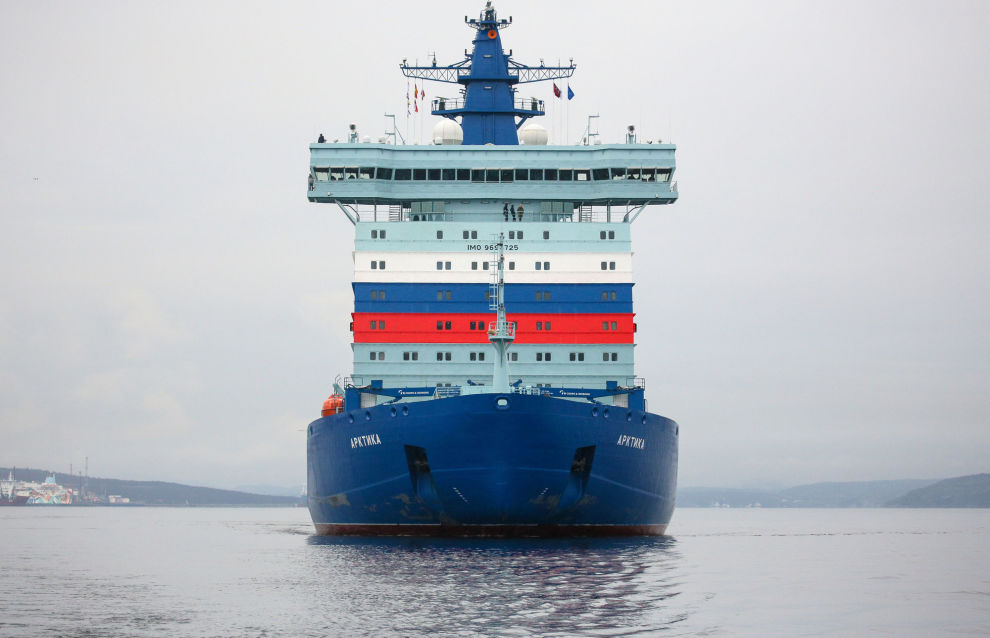 The Arktika icebreaker begins to navigate the Northern Sea Route

At the end of this week, Russia’s Arktika – the world's most powerful nuclear icebreaker – will start its first voyage along the Northern Sea Route.

“The flagship nuclear icebreaker Arktika has officially entered service. On October 21, Russia’s national flag was raised on it. As soon as at the end of this week, the icebreaker will set off on its maiden voyage along the Northern Sea Route,” Rosatom head Alexei Likhachyov said in a video address to Russian nuclear industry workers.

As a reminder, Project 22220 nuclear-powered icebreakers are the largest and most powerful in the world. They ensure Russia’s leadership in the Arctic and will be able to escort convoys, breaking ice up to three meters thick. According to the plan, Project 22220 icebreakers will provide pilotage to tankers carrying hydrocarbons from development projects on the Yamal and Gydan peninsulas and from offshore facilities in the Kara Sea to Asia-Pacific region markets. According to reports, Russia plans to build five such vessels by 2035.

A fleet of innovative Project 22220 nuclear-powered vessels made to solve strategic tasks for the exploration and development of the Arctic will provide year-round navigation in the western region of the Arctic, boosting cargo transportation along the Northern Sea Route to the required level. The unique double draft enables Project 22220 nuclear-powered ships to operate both in deep water and in the mouths of polar rivers. This advantage makes them versatile and expands the geography of operation.

Two more Project 22220 icebreakers are being prepared for delivery – the Sibir and the Ural; the keel was laid down for another nuclear icebreaker, the Yakutia, at the Baltic Shipyard this year. The next one, the Chukotka, is to be started in the near future. Rosatom earlier said it hopes to sign contracts for the construction of two more Project 22220 universal nuclear icebreakers in 2025; those will probably be completed in 2030.

Addressing the workers, Likhachyov once again confirmed that Rosatom is not changing its production plans for this year despite the pandemic.

“The epidemic has primarily affected our plans through increased costs. But, I have already said this and will repeat it again: despite the difficulties, we are not changing the 2020 targets. This is our principled position, one we reported to the country's government, and we will not retreat from it,” he said.