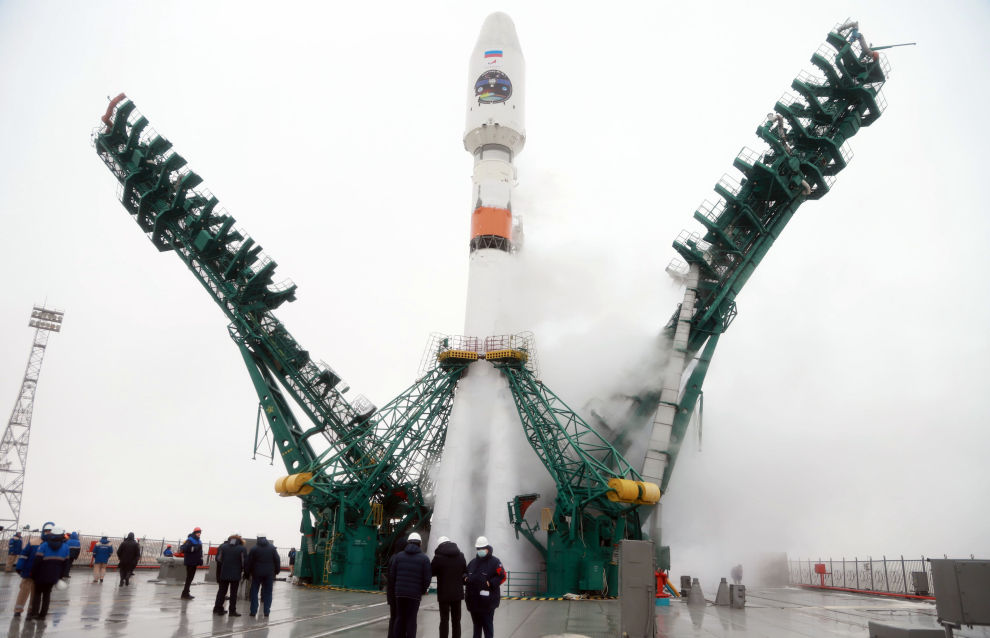 The first Arktika-M satellite for monitoring the climate and environment in the Arctic region has lifted off from the Baikonur Cosmodrome and reached the orbit. Ground control has established communication with the spacecraft.

On February 28, a Soyuz-2.1B rocket and the satellite blasted off at 9.55 am Moscow time from the Baikonur Cosmodrome’s Launch Pad 31. At 10.04 am, a Fregat booster and the spacecraft separated from the rocket’s third stage. The Fregat later orbited the satellite by switching on its sustainer engine three times.

“The first Arktika-M spacecraft is flying along its designated orbit, its solar panels and antennas and other elements have deployed; we have established communication with the satellite and we’re continuing to control it. We have therefore started deploying Russia’s new Arctic orbital cluster,” Dmitry Rogozin wrote in his Telegram account.

The satellite which has a service life of seven years was developed at the Lavochkin Research and Production Association, affiliated with Roscosmos. It is to fly along a highly elliptical orbit, and it will provide urgent weather forecasts and will accomplish other tasks in the field of hydrology and agro-meteorology. The satellite will also monitor the Arctic climate and environment. For these purposes, it is equipped with two multi-zone scanners that will provide multi-spectral cloud and terrestrial surface images in the visible and infrared bands.

The Arktika-M also has a helio-physical system for monitoring and predicting solar activity and radiation levels in near-Earth space. Other equipment relays meteorological data and signals from emergency beacons of the international COSPAS-SARSAT space system for the search of vessels in distress using search-and-rescue satellite-aided tracking.

Russia’s orbital cluster for monitoring the Arctic climate and environment will consist of two Arktika-M all-weather satellites, due to scan the terrestrial surface and the Arctic Ocean’s seas 24 hours a day.

The second Arktika-M satellite is expected to lift off in 2023, and three more spacecraft are to follow suit in 2024-2025. Five new-generation satellites are to replace them after 2025.