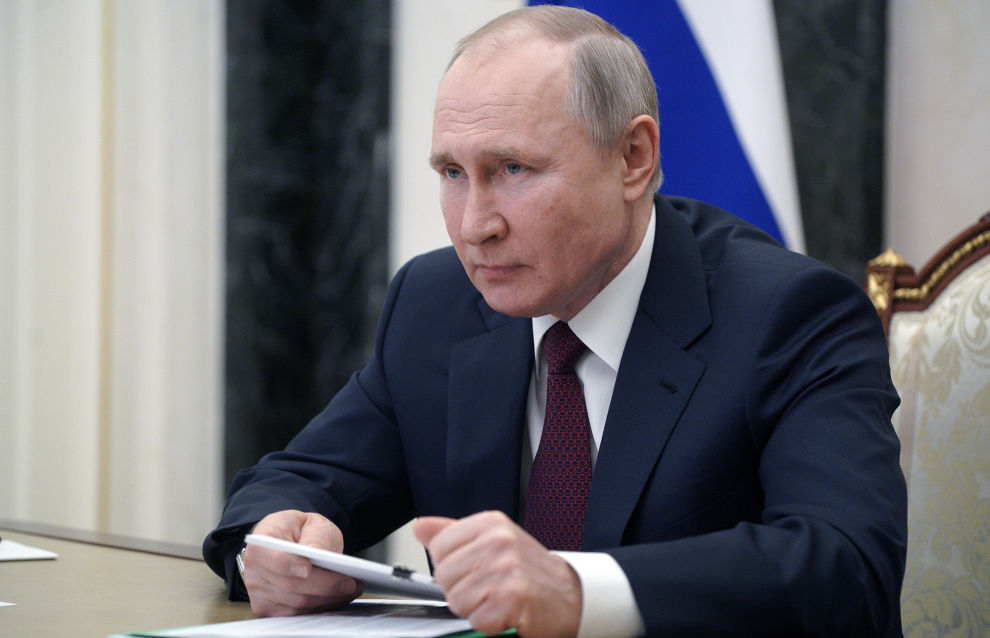 Vladimir Putin chaired a meeting, held via videoconference, on the development of the Russian Federation’s Arctic zone.

In his opening remarks, the president said that Russia prioritizes resolving social, economic and infrastructure problems in this crucial region. Another priority is implementing large investment projects.

“Hundreds of thousands of Russian citizens live and work in the Arctic territories; they live where most of the aspects of this country’s national security – the environment, natural resources, military, political, and technological – are concentrated,” he said.

The president added that in the face of the sanctions, all Arctic-related projects and plans should be given special attention and not be postponed.

“This concerns the social sphere as much as anything. We should always focus on matters that are most sensitive for people. What is at stake under the extreme conditions of the Arctic is people’s health and security, as well as the survival of entire towns and settlements,” he said.

The president instructed the responsible agencies in the Arctic to reorganise their operations, primarily to be able to supply Arctic residents, rotation workers, businesses and social institutions with food, medicines, fuel, building materials, and equipment without interruption. Northern supply haul will begin soon, he added.

“The Arctic should be supplied with the necessary goods and services – and in full. This is of fundamental importance because price stability has to be guaranteed in the Arctic’s populated areas. The list of vessels to be used for the haul and their sailing plan should be compiled as soon as possible. Priority departures from ports should be ensured as well as the more active use of air transport,” Putin said.

He also urged the Government and the heads of the Arctic regions to take under their special control the construction or renovation of social facilities – kindergartens, schools, hospitals, and primary health care units.