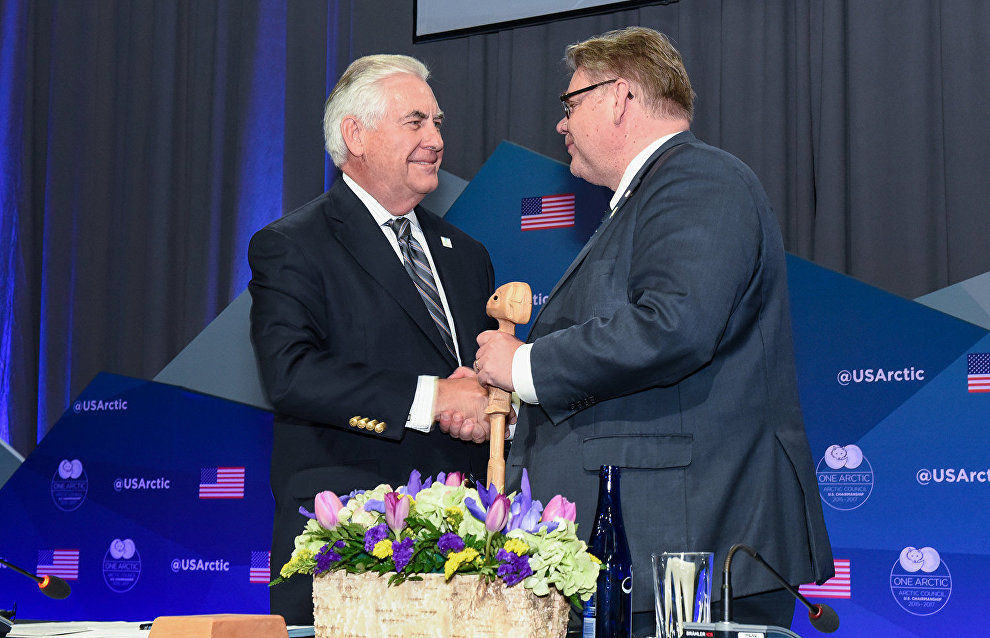 US passes Arctic Council chairmanship over to Finland

"I'd like to ask my friend and colleague, Foreign Minister Soini, to join me on the platform so I can pass this beautiful gavel which is in itself a work of art over to him in his new role as chairman," Tillerson said, passing Soini the symbol of chairmanship created in line with the traditions of Alaska's indigenous peoples.

TASS reports that the Finnish Foreign Minister named the four main issues Finland will deal with during its two-year long chairmanship: environmental protection, including the preservation of biodiversity; development of communication networks in the Arctic; improvement of observation networks for intensified monitoring on land, at sea, in the atmosphere; as well as providing fair educational opportunities to indigenous people of the North.