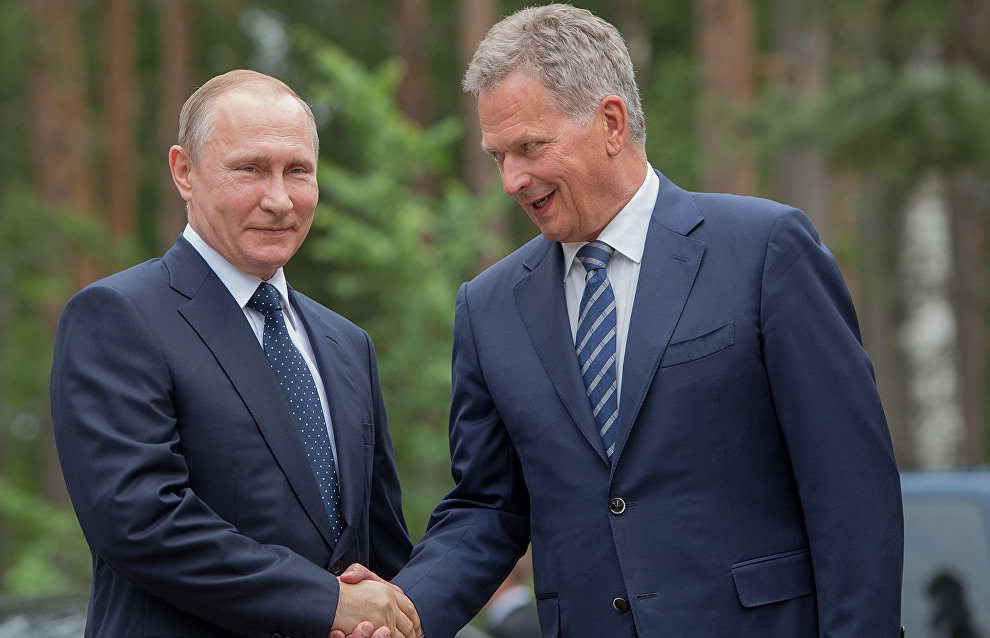 RIA Novosti quoted President Vladimir Putin as saying that Russia and Finland will expand cooperation in the Arctic. The President made the statement during his visit to Finland at the personal invitation of Finnish President Sauli Niinisto.

"We have agreed to build up our cooperation in the region, in particular, considering Finland's Chairmanship of the Arctic Council," said President Putin following his talks with the President of Finland.

President Niinisto said in turn that during his talks with President Putin they discussed an initiative to combat black soot pollution.

"President Putin showed great understanding with regard to the idea I put forward, the idea that Finland would make a proposal that would be very difficult to reject. This proposal is about fighting black soot pollution. This pollution is caused by aging energy production facilities, power stations, and flaring associated gas," the Finnish president said.

He said joint efforts of the Arctic Council participants to combat this form of pollution will not impinge on anyone's economic interests.

President Putin said Russia and Finland have many opportunities to work together successfully on environmental protection in the Arctic.

"Needless to say, we can certainly do much in this area if we combine our efforts," he said.