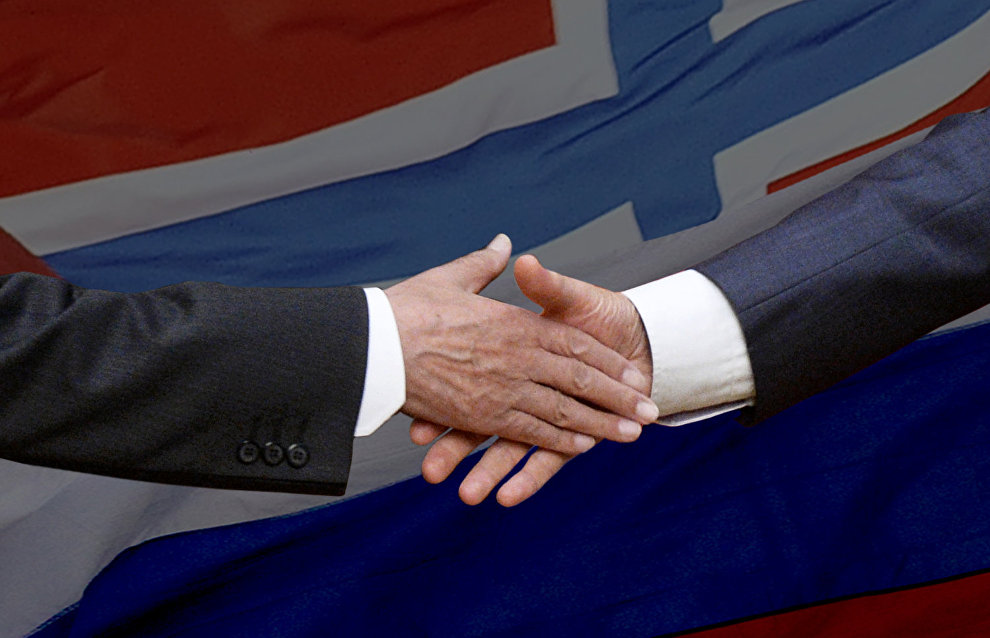 Mayor of Norway's Finnmark County Ragnhild Vassvik has told RIA Novosti on the margins of the Kirkenes Conference that both the Norwegian government and people living in the area that borders the Murmansk Region are interested in developing efficient cooperation and preserving neighborly relations with Russia.

Russia's Murmansk Region and Finnmark County have successfully cooperated for many years on end. A declaration was signed 25 years ago to create the so-called Barents Region, which united the northern territories of Russia, Norway, Sweden and Finland. The residents of Norway's northern parts respect Russia: they cherish the memory of the Soviet Army for liberating Finnmark from the Nazis during WWII. Over a period of the past few decades, many joint projects have been developed. People's diplomacy is also on the rise.

"When sanctions were imposed against Russia, at the regional level we had no choice but to accept them. We spoke about them in a friendly way with Russians in Murmansk. We said that we could not change anything, since it was the decision of the Norwegian government. We want to be friends with Russia as we have been for many decades," Vassvik said.

According to Vassvik, recently the number of people crossing the Russia-Norway border has increased, there has been progress when it comes to cultural contacts, however so far cooperation in business is developing at a snail's pace. In particular, she said that Norwegian entrepreneurs are currently not too interested in going to Russia because of the complex visa procedures, bureaucracy as well as other problems, and she stressed that only enthusiasts venture to do so.

Vassvik believes that neighborly relations will be maintained because the ties between people are so strong. Norwegians in Finnmark are interested in learning Russian, while young people are curious about the country itself. "The border is open. Today many people from Russia work in Finnmark; they are educated, skilled professionals, and they successfully work in municipalities, even in the local government agencies," Vassvik added.

While opening the conference, Norwegian Minister of Local Government and Modernization Monica Maeland called the Barents Region an entwinement of cultures, countries and peoples. She said that the Barents Region is an international region. Strong language and cultural ties are intertwined there. People there are united by a common history, which is constantly evolving. She added that even road signs there are in three languages: English, Norwegian and Russian, which proves that there is close cooperation and that there are also regular contacts.

The annual Kirkenes Conference brings together politicians, economists, researchers and representatives of public organizations who discuss the most pressing issues concerning international relations in the north. This year's main topics were the 25th anniversary of cooperation in the Barents Region, resources management, logistics in the Arctic plus the development of mutual relations.

The Barents/Euro-Arctic Region was established back in January 1993 to expand international and regional cooperation and develop people's diplomacy. The region's area totals 1.9 million square kilometers; its population is 6 million. The region includes Norway's counties of Nordland, Troms, Finnmark, Swedish counties Vaesterbotten and Norrbotten, Finland's Lapland, Northern Ostrobothnia and Kainuu, and Russia's Murmansk and Arkhangelsk regions, the republics of Komi and Karelia, and the Nenets Autonomous Area.