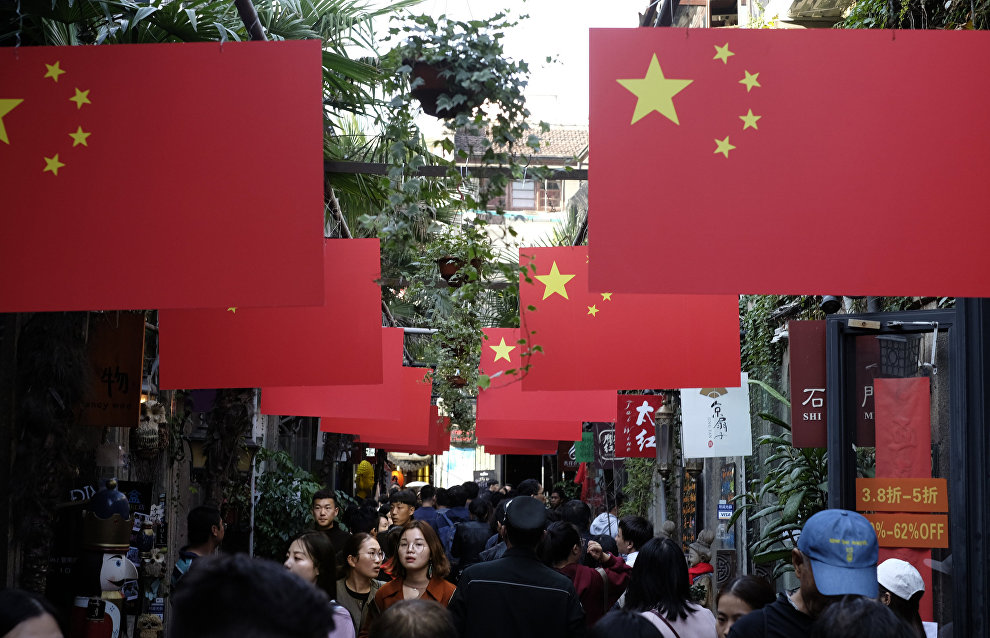 In 2013, the China National Tourism Administration issued a code of rules for Chinese citizens staying abroad. A new version of the document also regulates their conduct in the Arctic and the Antarctic.

The new provisions are designed to protect the Arctic and Antarctic environment and to facilitate the country's steadily expanding regional activities, sources at the Chinese Arctic and Antarctic Administration noted. In 2017, over 5,000 Chinese tourists visited the Antarctic, which accounted for 12 percent of the total number of tourists there. In the past few years, more Chinese tourists have been visiting the Arctic region as well, mostly Russian Arctic National Park and Finland's Lapland.

Some countries link China's increasing tourist activities on the North and South Poles with its plans to reach into these regions. These opinions are expressed by representatives of the Arctic states and countries — parties to the Antarctic Treaty of 1959. There may be some truth to this because the Chinese see the Arctic and the Antarctic as a high priority in China's national policy on global presence.

Dr. Nengye Liu, a Senior Lecturer at Adelaide Law School, University of Adelaide, notes that China's ambitions in the polar regions are among its growth directions. Today, China can reach the remotest parts of the world, including the Arctic, the Antarctic, the deep sea or outer space. Its economic interests are a key factor, and there are also geopolitical reasons, he added. The remaining part of the world, especially the circumpolar countries, might be worried about the fact that they will no longer play the lead in the international decision-making process, or that they would at least not do this in the same way as they used to in the past, he noted.

Recently, Dr. Nengye Liu wrote a paper called the White Book that caused a lot of interest in China; it deals with China's growing role in the Arctic. He writes that, although China plans to comply with the region's international laws and legal framework, its presence in the Arctic could infringe on the interests of the Arctic countries: Canada, Denmark, Finland, Iceland, Norway, Russia, Sweden and the United States.

China presents itself as an important stakeholder and as "an almost Arctic state" whose climate and environment depend on changes in the northern region, Dr. Nengye Liu writes. Also, China wants to take part in developing Arctic sea lanes. The Chinese are contemplating a Polar Silk Route that would link China with Africa and Europe. Beijing is working toward this project because the route would reduce travel time between China and Europe by about one-third, and it would make Chinese shipping much safer because of the lack of pirates.

He also believes that China's policy in the polar regions differs considerably from its actions in other high-priority foreign-policy areas, including Taiwan and disputed islands in the South China Sea. Therefore Chinese diplomacy in the polar regions might well prove compatible with other national interests.

The Chinese authorities have repeatedly voiced their intention to take part in prospecting and in developing oil, gas and mineral deposits in the Arctic, to harvest fish and other marine resources and to expand tourism in the North Pole.

Generally, Russia responded positively to the possibilities of China's expanded influence in the Arctic. The China National Petroleum Corporation has a 20 percent stake in the Yamal LNG project, and the countries intend to cooperate on railway and port facilities expansion in Arkhangelsk. China has also implemented joint research projects with the Scandinavian states and Iceland.

It should be noted that the West is concerned about more active Russian-Chinese military cooperation in the northern latitudes. Marc Lanteigne, a senior lecturer in security studies with New Zealand's Massey University, noted that Chinese warships sometimes sail near Arctic waters. But he added that there are few indications that Beijing is interested in deploying warships to the Arctic on a regular basis, all the more so as this is likely to cause a negative response on the part of Russia and the United States.