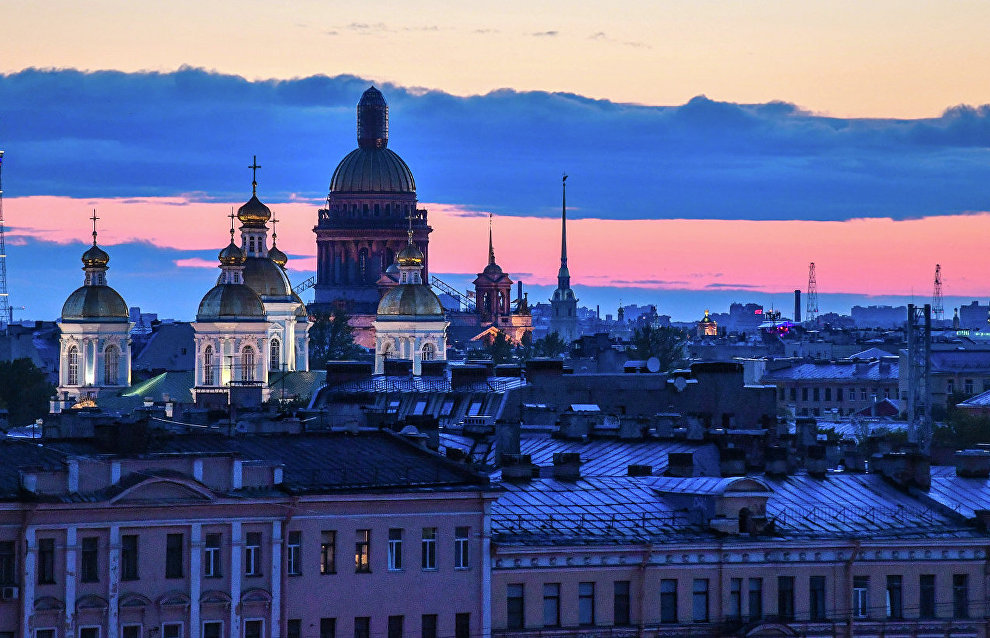 Arctic summit comes to a close in St. Petersburg

The International Arctic Summit, Arctic and Offshore Projects: Prospects, Innovations and Regional Development (Arctic 2018 SPb), held in St. Petersburg between February 15-16, has become the largest Arctic event in terms of the number of attending Arctic researchers and those who work in the Arctic. The audience was made up of some 300 researchers, as well as representatives of government agencies and over 100 companies and establishments from all over Russia and beyond, including Vladivostok, Petropavlovsk-Kamchatsky, the Volga region, Rostov-on-Don and the Arkhangelsk Region, the Nenets and Khanty-Mansi autonomous areas and the republics of Komi and Sakha (Yakutia), Japan, France, Canada, Denmark and Azerbaijan.

Those at the conference received greetings from Artur Chilingarov, MP, Hero of the Soviet Union and Russia and Special Presidential Representative for International Cooperation on the Arctic and Antarctica; Deputy State Duma Speaker Olga Yepifanova; St. Petersburg Governor Georgy Poltavchenko; Anton Ishchenko, MP and Presidium member of the State Commission on Arctic Development; Andrey Beliyaninov, Secretary General of the Eurasian Peoples' Assembly and Chair of the EDB Management Board; as well as from many other representatives of federal agencies and NGOs.

Artur Chilingarov wrote in his message of greetings: "The variety of goals of the state policy in the Arctic explains the packed program and broad representation at this meeting. I do not doubt that we will be able to rally the efforts of engineers, researchers, construction and environmental workers, plus representatives of government agencies at all levels and journalists to ensure the sustainable development of Russia's northern regions, the Far East and the entire Arctic zone."

"The Artic has become a region of dynamic development and an area of strategic interest for many countries. Arctic development is a matter of state significance for all Arctic states that cannot be addressed successfully without international cooperation. This is why the attendance of this meeting by representatives of the authorities, researchers and business people from many countries is so important for the economic and scientific development of the Arctic," reads the message from Deputy State Duma Speaker Olga Yepifanova.

Andrey Beliyaninov pointed out that the Eurasian Peoples' Assembly, which has an Arctic Council and the Young Arctic Festival, attaches much importance to Arctic development.

The list of speakers at the meeting included state officials and public figures, as well as representatives of mining companies and the firms that manufacture technology and equipment for operations in the Arctic.

Deputy Governor of St. Petersburg Mikhail Kucheryavy said the following at the plenary session Integrated Development of the Russian Arctic: Challenges and Solutions: "Our city has reasons for claiming the right to be known as the Northern Capital. We have created research, educational, historical and cultural clusters to assist in the attainment of this important state goal."

Daisuke Harada from the Research and Analysis Department at Japan Oil, Gas and Metals National Corporation (JOGMEG) spoke about the growing oil and gas deliveries to the east, the current state and role of the Arctic as well as future challenges. Demonstrating a different approach to Arctic development, he said that everyone, including Japan, was looking at the Arctic. He also provided a purely economic explanation for Japan's decision to buy gas from Russia. "Russian suppliers sell gas at a fair price," Mr. Harada said.

The meeting's program included other plenary sessions and roundtable discussions, including Development Vectors of Arctic Regions: the System of Regional Management Centers as the Basis for the Digitalization of Federal and Regional Management; Offshore Projects in Russia's Arctic Zone and Modern Technological Facilities; Regulation Framework for Arctic Projects: Attracting Investment and Creating Infrastructure; The Conversion and Diversification of Defense Technology for Artic Conditions; The Northern Sea Route: Transport, Logistics and Shipbuilding Infrastructure; The Arctic Climate, Environmental Risks and Industrial Safety; Energy and Communications within the Arctic Circle; and The Economic, Infocommunication and Cultural Integration of Arctic Regions into the Eurasian Space.

The meeting participants focused on the comprehensive economic development of the Arctic, the introduction of special educational programs for the indigenous peoples, workforce regulation (rotation system plus migration policy), as well as the encouragement of small and medium-sized businesses, including traditional forms of enterprise of small indigenous peoples of the North and the Far East. In particular, a common transportation information platform is being developed for the Northern Sea Route and Russia's Northern regions to facilitate cargo delivery in the Arctic. Technically speaking, this platform will combine an e-commerce venue with a logistics system. The freight owners who will use this platform will not directly depend on transportation companies; they will be able to upload the data about their cargo and to choose other owners who need to have their cargo delivered by the same route, and, in fact, to hold logistics tenders. This project involves the use of blockchain technology and is ready for a trial run.

Deputy Governor of St. Petersburg Mikhail Kucheryavy highlighted the importance of a scientific approach to Arctic development and the need to train competent personnel. The deputy governor chaired a side event with the heads of universities, research and public organizations on training personnel for the Arctic. Those attending it agreed on the need to create regional Arctic competence centers at universities, and discussed the possibility of launching cooperation among young researchers and other forms of interaction between young researchers and professionals.

The agenda of the summit included summing up the results of a competition of research work on sustainable development of the Arctic submitted by the students of master's and postgraduate courses. The winner was Sabina Idrisova from the master's courses of St. Petersburg State Marine Technical University (SPbSMTU), who analyzed the use of RS (Russian Maritime Register of Shipping) methods for calculating the ice impact on the flat side of offshore facilities in the category Offshore Projects and Mining in the Arctic.

The summit concluded with a tour of the unique facilities of the Krylov State Research Center, such as the ice basin, the deep-water towing tank and the simulator complex.

To read reports by summit participants, go to the official website.