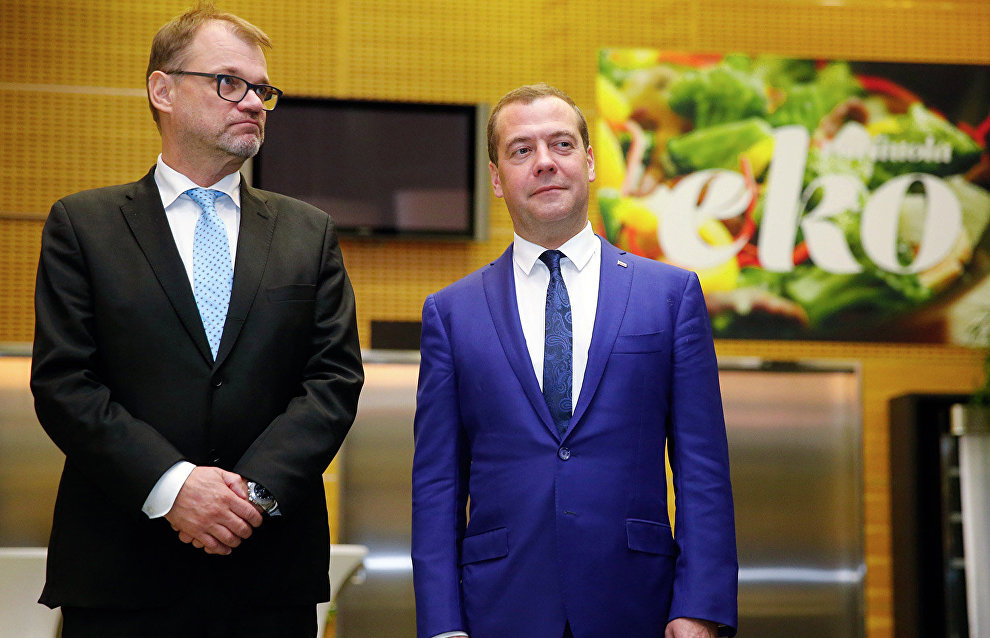 Medvedev unveils joint environmental initiatives with Finland in the Arctic

Russia and Finland are considering joint initiatives to improve the environmental situation in the Arctic, Russian Prime Minister Dmitry Medvedev announced after talks with his Finnish counterpart Juha Sipila.

The two countries are ready to discuss a cooperation format for the disposal of chemical waste from the Krasny Bor test range in the Leningrad Region, in which both Russian and Finnish companies would take part, Mr. Medvedev said after the meeting.

"Together with our Finnish partners, we are working on environmental projects. Finland has extensive experience in this area. <…> There are initiatives aimed at reducing black soot emissions in the Arctic and at cutting the amounts of fuel oil used by vessels," the Russian prime minister wrote in VKontakte.