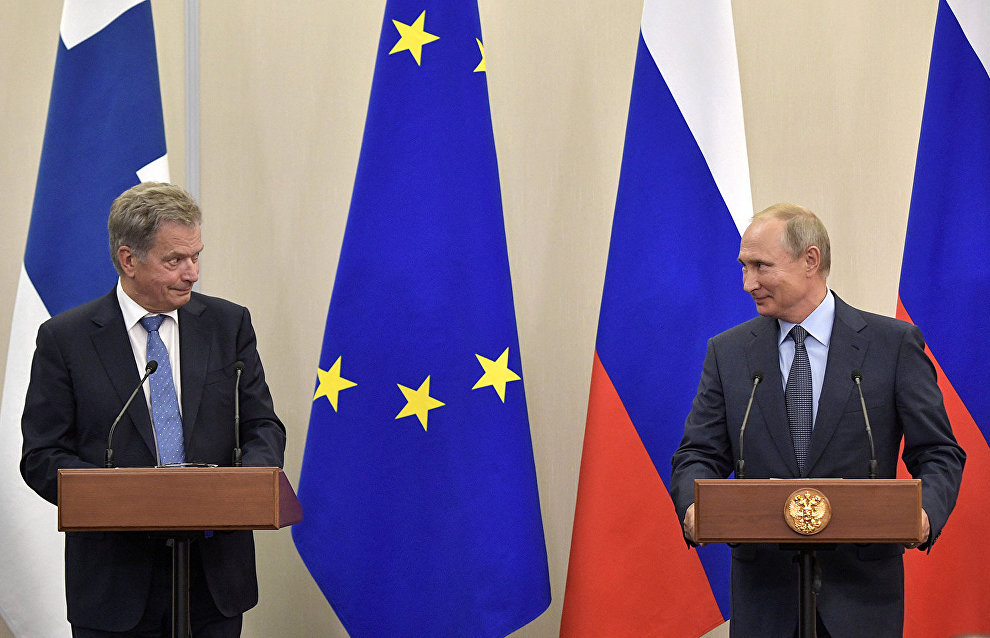 A telephone call took place between President of Russia Vladimir Putin and President of Finland Sauli Niinisto. The heads of state discussed investment projects, international and regional affairs, including matters concerning the Arctic issues, and came to an agreement to continue their contacts at different levels.

In addition to this, the leaders considered topical aspects of developing friendly Russian-Finnish relations. The Kremlin's Press Service pointed out that they particularly emphasised the status of their trade and economic interaction and also the implementation of joint investment projects.

According to the Finnish presidential office, the leaders also discussed arms control.

"As for international relations, the presidents conversed about cooperation in the Arctic, arms control and President Putin's initiative introduced early this year on a summit of the UN Security Council permanent members. President Niinisto stated that the need for a dialogue between the great powers has become ever more important over recent months," the report says.