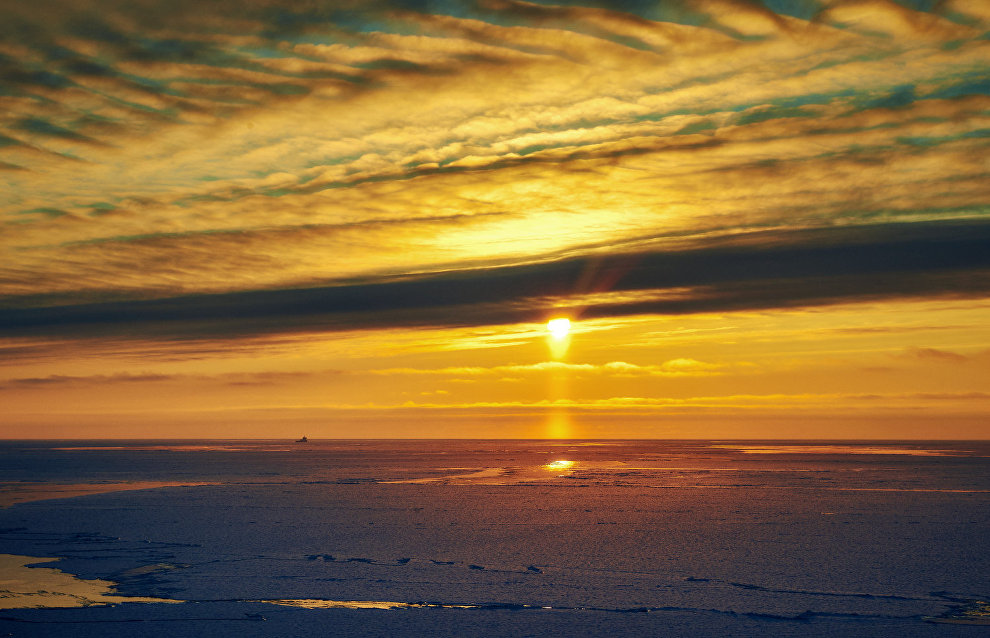 Chair of the Senior Arctic Officials Einar Gunnarsson's report on the first year of Iceland's Chairmanship of the Arctic Council has been published.

Sustainable development has been at the heart of the Arctic Council's mandate since the Ottawa Declaration was signed in 1996. We chose sustainable development as the Icelandic Chairmanship program theme because in a rapidly changing world, we see the value in remembering our starting point. While no one could have predicted a year ago that the world would be facing a global health crisis today, it is ever more important that sustainable development lights our way, environmentally, socially and economically, as we gradually resume our daily lives after the confinement period has passed. I am proud of the Council's resilience and efforts towards our common goal of a sustainable Arctic.

Sustainable development is all-encompassing. During Iceland's Chairmanship the Arctic Council is focusing on four different priorities. They highlight some pressing issues in the circumpolar north: People and communities of the Arctic, the Arctic marine environment, climate and green energy solutions and a stronger Arctic Council.

Climate change already affects and will continue to impact the Arctic. That means effective mitigation and adaptation strategies are needed to address the adverse effects, and that it is imperative for us to strike a balance between economic growth, social inclusion and environmental protection. The steps towards sustainable development start with harmonizing the traditional knowledge and scientific data that build the foundation for the assessments and policy recommendations generated through our six Working Groups.

Importantly, sustainable development requires close cooperation between the Arctic States, Indigenous Peoples, other inhabitants of the region and beyond. The coronavirus pandemic forced us to collaborate in different ways. We adapted and created innovative solutions, and this resilience and endurance in the face of extraordinary circumstances makes me optimistic about our progress toward a sustainable Arctic.

People and communities of the Arctic

We are conscious of the fact that human resources are the region's biggest wealth. Initiatives that aim to promote the wellbeing of the four million people that call the Arctic their home are at the heart of the Arctic Council's work. These uncertain times that especially threaten remote Arctic communities underscore the importance of this priority.

The Council's Working Groups are currently undertaking over 50 initiatives specifically related to Arctic peoples and communities. These projects range from economic opportunities, youth engagement, the inclusion of Indigenous knowledge, and of course, health concerns.

Youth engagement is also a focus of the Icelandic Chairmanship, and Indigenous youth from across the Arctic brought a strong message to the planning of the future of the Arctic at the first Arctic Leaders' Youth Summit hosted by the Saami Council and the Arctic Council Permanent Participants in November 2019. Delegates have lent strong support to the proposal to foster meaningful collaboration with youth. I look forward to furthering the discussion on avenues for future youth engagement in close cooperation with Senior Arctic Officials, Permanent Participants and youth representatives.

The Arctic States hold a responsibility to safeguard the Arctic Ocean, and the Arctic Council Working Groups have contributed significantly to scientific knowledge and understanding of the marine environment.

The Arctic States hold a responsibility to safeguard the Arctic Ocean, and the Arctic Council Working Groups have contributed significantly to scientific knowledge and understanding of the marine environment.

In December 2019, we organized a side event at the United Nation's annual climate conference, COP25, on Arctic ocean acidification that brought together leading international acidification experts to discuss the chemical, biological and socio-economic impacts of acidifying waters in the North, and what can be done to tackle the issue.

Iceland has actively promoted the use of innovation and biotechnology in the fisheries sector. Such blue bioeconomy initiatives hold major potential to contribute to sustainable development, making it one of today's main sources for optimism for the Arctic. The Icelandic Chairmanship raised awareness about the blue bioeconomy by organizing an expert panel and interactive workshop at the renowned Arctic Frontiers event in January 2020. A follow-up webinar will be held in the fall.

In October 2019, the Belfer Center's Arctic Initiative and the Wilson Center's Polar Institute co-hosted a workshop on Policy and Action on Plastic in the Arctic Ocean together with the Chairmanship. The event gathered experts on marine plastic pollution in the Arctic and resulted in a summary report and set of recommendations that will feed into our Regional Action Plan on Marine Litter in the Arctic.

The Council's Working Groups are pursuing several marine-related projects. Notably, the Protection of the Arctic Marine Environment (PAME) Working Group launched its Plastic in a Bottle to track how marine litter and plastics travel long distances into and out of Arctic waters. Equipped with a GPS tracker, the capsule was originally launched by Guðmundur Ingi Guðbrandsson, Iceland's Minister for the Environment and Natural Resources, from the Icelandic Coast Guard vessel Thor in September 2019. Around 7,000 kilometers and 207 days later, the capsule reached land on the Isle of Tiree, Scotland. The data collected on its journey will feed into the Regional Action Plan on Marine Litter in the Arctic.

The Arctic Ocean Ministers' meeting, planned for 21st April, was cancelled due to the COVID-19 pandemic, and the Arctic Plastics Symposium as well as the SAO-based Marine Mechanism were postponed until this fall for the same reason.

Climate change does not only impact the environment, but also the economic and social wellbeing of Arctic communities. Through the diligent monitoring, assessments and recommendations of our Working Groups, the Council will continue to observe and assess climate impacts in the Arctic to help inform national policies.

Building on the work of the Council's Expert Group on Black Carbon and Methane, efforts to reduce emissions and pollutants continue to slow the current pace of change in the Arctic. The Expert Group is expected to deliver an updated report at the conclusion of the Icelandic Chairmanship.

While energy security remains work in progress in remote Arctic communities, the Council encourages the development and application of green energy solutions to reduce emissions and improve air quality. Working Group projects that promote circumpolar knowledge exchange on this subject, such as the Arctic Remote Energy Networks Academy II (ARENA), move forward, although the pandemic has slowed them down.

Cooperation has always been a key word to describe the Arctic Council. With the booming global interest in the Arctic in recent years, the Council must not only strengthen the ties between and amongst the Arctic States, the Permanent Participants and the Working Groups, but also emphasize further engagement with the Observer States and Organizations, as well as with relevant other bodies.

Cooperation has always been a key word to describe the Arctic Council. With the booming global interest in the Arctic in recent years, the Council must not only strengthen the ties between and amongst the Arctic States, the Permanent Participants and the Working Groups, but also emphasize further engagement with the Observer States and Organizations, as well as with relevant other bodies. To that end, the Icelandic Chairmanship organized a meeting between the Arctic Council and the Arctic Economic Council, the first one after the Memorandum of Understanding was signed at the conclusion of the Finnish Chairmanship in October 2019. The meeting set the stage for future collaboration and focused on important areas of common interest.

Meeting people is important when building the foundations of a good cooperation. Although most meeting activity is online for the time being, we continue to collaborate and communicate, thus maintaining the cohesion between the different elements of the Arctic Council. It is during trying times like these that the importance of strong circumpolar cooperation is ever more pronounced.

Iceland is committed to the principle of sustainable development. With one year remaining of our Chairmanship, I look forward to meeting you all again in person, as we move the needle on the Council's sustainable development initiatives together, and work towards finalizing deliverables for the Ministerial Meeting in May 2021.

The Arctic Council is an international body aiming to promote cooperation in the field of environmental protection and sustainable development of circumpolar regions. Iceland is the chairing country of the council in 2019-2021. After that, Russia will take over the two-year rotating chairmanship (2021-2023).